Considering how old Major League baseball is the Miami Marlins is still a very young franchise. Their inaugural season was in 1993 and going into their 24th year, they have accomplished to win two World Series titles in 1997 and 2003. I understand the franchise is known for having fire sales in 1997, 2005 and 2012 and not keeping high priced free agents for that long of a time but in their 23 years of existence, there are players who have had a significant impact on the franchise. The following players that I’ll be mentioning deserve to have their number retired at Marlins Park. 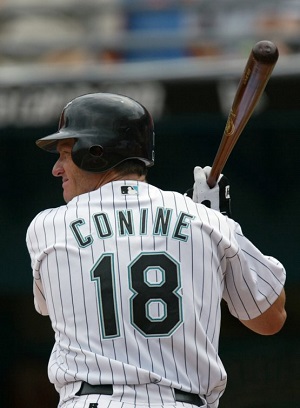 Jeff Conine #18: I’m still shocked about this. His nickname is Mr. Marlin for crying out loud!! How can you name a player for any team Mr. ______and not retire his number? Conine was on the 1993 inaugural team, the 1997 and 2003 championship team. And all three teams he was a starter and played a huge role in the 2003 postseason run being the veteran presence on an extremely young and inexperienced Marlins team. Both of his All Star Game appearances came as a Marlin and in the 1995 All Star Game he was the MVP of that game. In his 17 year major league career, eight of those seasons were with the Marlins. He’s not a Hall of Fame player by far but having your number retired by any franchise is about what that player brought to the franchise no matter if the player is in the Hall of Fame or not. Having your nickname as the name of the franchise is a no brainer. It’s been seven years since he has retired so I don’t know what the Marlins are waiting for. 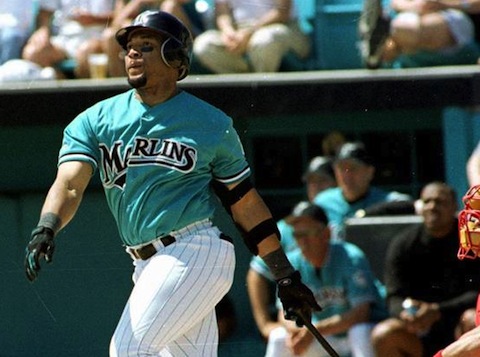 Gary Sheffield #10: Known for having one of the weirdest batting stances shaking his bat back and forth, this slugger put the Marlins on the map the moment he arrived in Miami. Traded on June 24 (My B-day woo!) from the San Diego Padres of the 1993 season he instantly became a fan favorite. So technically he was on the inaugural team and was a crucial piece on the 1997 championship team. He was also an All Star in 1996 and a Silver Slugger award winner as a Marlin. He was able to do all that before he was traded to the Los Angeles Dodgers in the beginning of the 1998 season in one of the many trades during the first franchise fire sale. Sheffield played 22 seasons in the Majors and was on eight different teams so it is hard to vouch for Sheffield to get his number retired… until now. At the moment Sheffield has been on the Hall of Fame ballot for the past two years so he could make it to the Hall. And out of the 22 seasons as a pro six of them were with the Marlins. That is his longest tenure with any team compared to the other seven teams he played for. If Sheffield does make it to the Hall of Fame then he would be the first declared Marlin player in the hall. Every player that makes it into the Hall of Fame gets to decide which team that he wants to represent in the Hall of Fame. There have been players that entered the Hall that played for the Marlins, Andre “The Hawk” Dawson, Tim Raines and Ivan “Pudge” Rodriguez, but each of them chose another franchise to represent. Each player mentioned only played at most two seasons with the Fish. Sheffield has been on record in a television broadcast in a 2013 Marlins game that if he makes it into the Hall of Fame, he wants to represent the Marlins. And even if he doesn’t, I hope he does, it shouldn’t matter because the Marlins should show the love back. 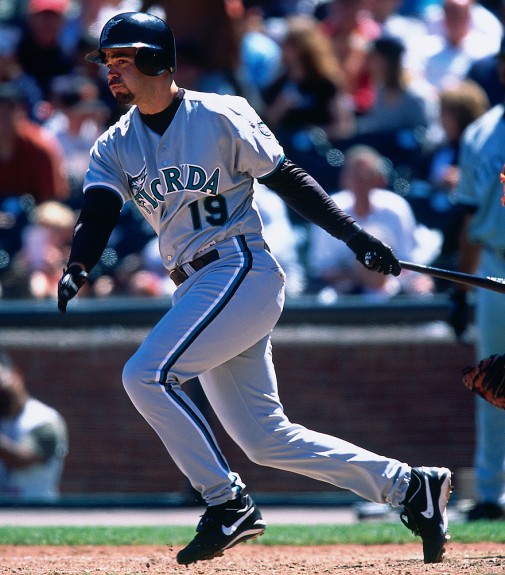 Mike Lowell #19: The hometown kid enough said. He moved to Miami at four years old from Puerto Rico and made his mark on the community. He attended Christopher Columbus High School and Coral Gables High School and was able to get an athletic scholarship to attend the school I’m currently at, Florida International University. At F.I.U., he was a three-time All-Conference player with the Panthers and eventually got his No.15 jersey retired by the school. After being drafted by the New York Yankees in 1995 he was able to get called up to make his major league debut late in the 1998 season. He was able to stay on team and was part of the postseason and World Series roster of the Yankees that eventually won the World Series that year. He was awarded his first of three World Series rings. In the 1998 offseason he was acquired by the Marlins and they definitely got the better end of the deal. He was on the Marlins from 1999-2005. And in that seven season span he was an All Star three times, a Silver Slugger in 2003 and a Gold Glove award winner in 2005. His best season on the team came in 2003 in their World Series title run as he belted 32 homeruns and 105 runs batted in. And the team they won against in the 2003 World Series? The New York Yankees the team that drafted and traded him. Lowell is still involved in the Miami community, resides in Pinecrest and is still a fan favorite. Lowell is still talked about by fans of all ages .This is the type of player that is practically spoon feeding the Marlins to retire his number. It doesn’t get easier than that. 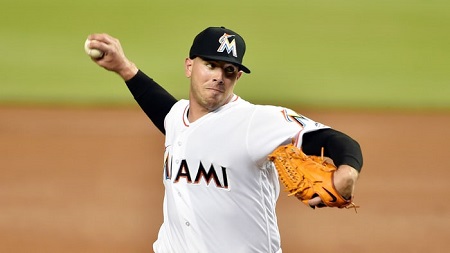 Jose Fernandez #16: Last but certainly not the least by far. There will never be a way to replace Jose’s presence on or off the field as a player and a person. He gave fans hope for this team’s future and made fans want to go out to the ballpark. The way he played the game brought excitement and joy to every fan even if you weren’t rooting for the Marlins. Even if the unfortunate events that occurred and led to his death last September never happened, he would still get his number retired. From a statistical standpoint, Fernandez was on his way to an amazing career and even a Hall of Fame career. He was the Rookie of the Year in 2013 and a two time All Star in 2013 and 2016. And he holds the Marlins all-time record of strikeouts in one season with 253. He came in third place in the Cy Young award voting his rookie year. He accomplished all of that before the age of 25. Off the field, he was extremely relatable to the large Cuban community in Miami because his story and journey were similar to a lot of people who fled Cuba and came to the United States. Fernandez will always be part of the Marlins family.

Giancarlo Stanton #27- Once he retires