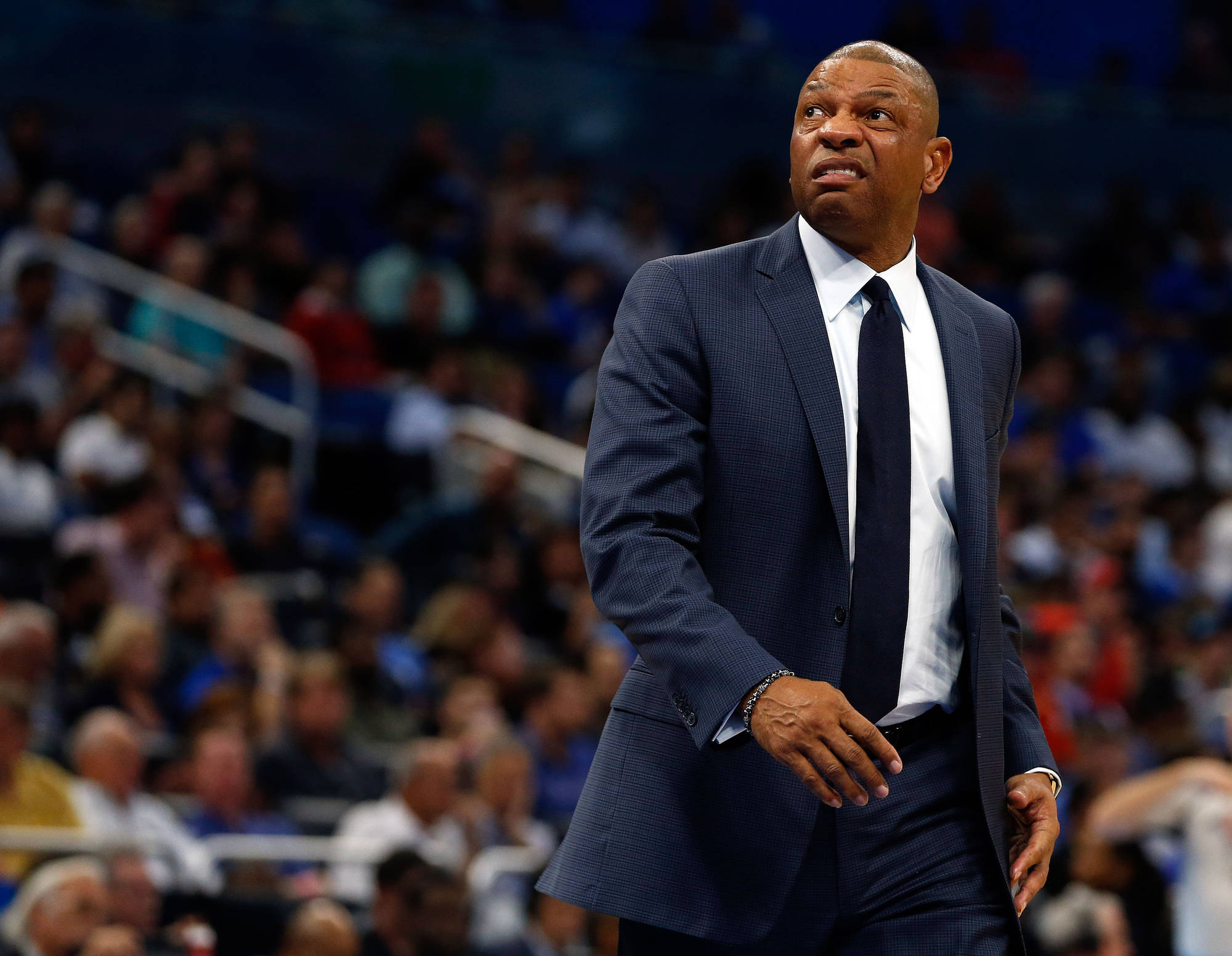 At the beginning of the season the "Super Team" Clippers were one of the most hyped up teams in the game, and were regulars on the top of weekly power rankings. But the hype of the offseason, and the trill of the unknown have worn, and we are left with the stale reality, the Clippers are the same as always.                           Doc inherited the Clips after he left Boston, because the Celtics were accelerating there rebuild by trading KG and Paul Peirce to the Nets, for a haul that the Nets will still be hurting from for the next 10 years, and was the reason Billy King got the boot from the Nets brass. But back to the Clippers. Doc hasn't really made any impact signings or trades, in fact the ones he has made aren't looking too good at the moment. First of all Doc must not know the you are allowed to sign players to one year deals, this off season he signed 8 players to multi year deals. Most aren't worth mentioning because they are less than impactful, except for Jamal Crawford, who now that CP3 is out may score 25 points a game. Traded for his own son, and then signed him to a 3 year 35,475,000 deal, for subpar production. I cant tell what's worst, Doc signing his son to a deal that looks like one of the worst even with the resent salary cap jump, or coach Calipari letting his son walk on for Kentucky. 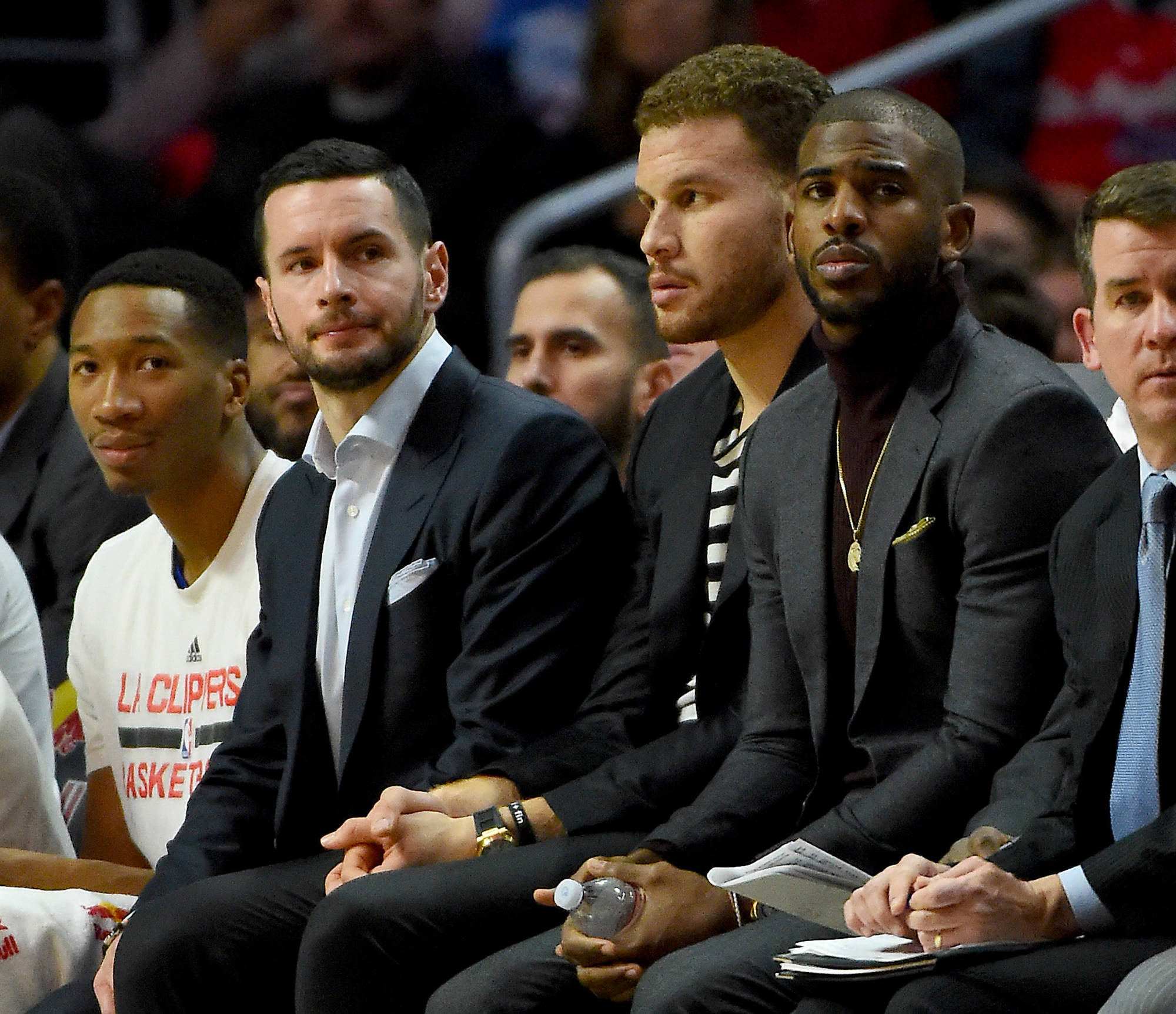 Injuries are something that happen to every team every year, some teams and some years more than ever, but the Clippers have undoubtedly been the team that has been the team most plagued by injuries in the past several years.  You can't really predict injuries weather freak or recurring, but the Clippers can't keep blaming there struggles on these injuries not expect there fan base to not get up in arms when the team, year in and year out get bounced in the Conference Semi-finals. The fact that every time Paul, and Griffin go down with these serious injuries that eventually there elevated play level with begin to drop and in turn the value on the trade market. The last time the whole Big 3 was in a game together was December 18, against the now surging Wizards, in a losing effort in with all 3 finishing with good stat lines but, a horrible effort on defense and the maiming that Bradley Beal near single handedly laid down on the Clippers sad excuse for defense. it was been over a month since the last time the 3 have all been on the court, and the latest injury to Chris Paul's thumb could have him out another two month.

Chris Paul has made it abundantly clear that his desire is to win and content in Championships on a year to year basis. He would like that place to be the Clippers, but if he doesn't see the Clips as a place where he can do that then Paul, now in his walk year, could seek employment else where. This is the worst case scenario for Doc and company as they would be left without a starting caliber point on the roster and may feel pressured to sign a high level free agent of lesser talent. Chris Paul leaving became much less likely as the new CBA is super team friendly, but if Paul is serious about wanting to compete then he may be motivated to leave money on the table to find a better fit, preferably in the Eastern  Conference, where the Warriors can only find you twice a year, and not until the Finals. Doc may be feeling pressure to make a big trade to make a playoff push, and Clippers fans should feel really scared.  A common tread over the past couple weeks is that a Melo to LA deal may be in the cards, and that the Knicks aren't asking for any of the big 3 in return. This trade would bring a forth all-star caliber player to the Clippers squad, and on paper or 2K look like a true juggernaut, but in reality would throw the team into an odd culture change and muddy the water of the Clippers future. Melo is now 33 and headed into the last 2 years of a massive contract, would put  huge financial stress on the owners especially if they want to keep Chris Paul And Blake Griffin this summer this would thrust there team even higher into the luxury tax. The Knicks also put out that they don't need any of the Jordan, Griffin, Paul, trio, and this should scare the hell out of Clipper fans. The Clippers are known for having one of the weaker benches in the NBA and having a decent record as of now, there draft pick will be a middle to late pick in the draft. This means the Doc is going to need to dig deep into his bag of draft picks and semi valuable players on the roster besides the 3. This could be 3-5 years of first round draft picks for a gamble on a ball dominate forward, is one of the highest paid players in the game. Melo is a great talent, but a trade to the Clippers could potentially put the championship starved franchise in a very thin window to produce playoff success.

This rebuild should have taken place over the summer, when there stars had bigger value, instead if they do in fact choose to start the fire sale this trade deadline, they will have to deal with the fact that teams are looking at them as half season retails. It is very likely that Paul and Griffin re-up with the team this summer to massive contracts and lock into another 4 plus years of mediocrity, a swift boot in the first or second round of the playoffs, Ya that won't get old for Clippers fans.