The Impact of Taylor Hall 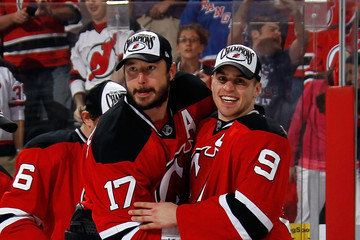 Pictured here: Ilya Kovalchuk and Zach Parise. The Devils top two scorers during the 2011-2012 season. Both have since left for "greener" pastures (KHL and the Minnesota Wild).

In the few short games since his arrival in New Jersey, Taylor Hall has already made a significant impact. With three goals scored in his first five games upon his acquisition from the Edmonton Oilers for defenseman Adam Larsson in June, including his superb game-winning goal last Saturday against the Minnesota Wild, Hall brings to the table an element that the New Jersey Devils have lacked since their run to the Stanley Cup Finals back during the 2011-2012 National Hockey League season: a third potential thirty goal scorer.

During that infamous run to the cup, the Devils found themselves during the regular season as the 15th highest average of goals per game among teams in the NHL at 2.63 goals per game. Fast forward to just four seasons later, and the Devils are last in average goals per game at 2.22. The question you might find yourself wondering is what the difference possibly could be? The difference is three consistent thirty goal scorers. 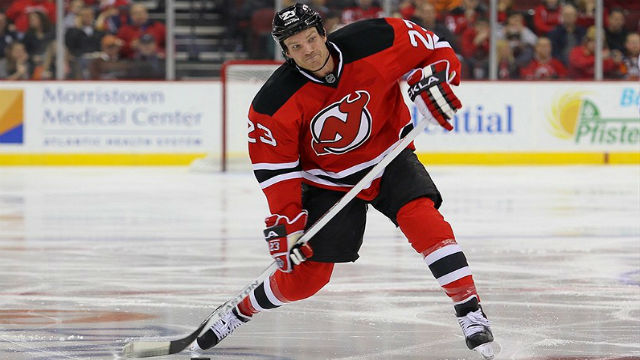 David Clarkson (pictured) during his tenure with the New Jersey Devils. One of the teams three thirty goal scorers during the 2011-2012 NHL season.

During the 2011-2012 NHL season, the Devils featured not one, not two, but three thirty plus goal scorers. The first one being the captain, Zach Parise. who posted a thirty-one goal during the cup run season, immediately left following the end of the season in a move to return to his home state of Minnesota and play for the Wild. The second player, Ilya Kovalchuk, actually led the team in scoring that season with thirty-seven goals. Following the 2012-2013 season, Kovalchuk decided to retire and head back to his home country of Russia in pursuit of a career in the KHL.  The last of three thirty goal scorers was David Clarkson who reached his thirtieth goal during the final game of the regular season. He also left New Jersey following the conclusion of the 2012-2013 NHL season in a move to (you guessed it) return home to play for the Toronto Maple Leafs on a lucrative seven-year deal. To no surprise, the Devils have finished near the bottom of the standings in the eastern conference every year since their "cinderella" cup run. The biggest reason for that is due to the fact that the loss of the three names i just mentioned was a combined ninety goals of offense. That. Is. A. Lot. Since the loss of the three aforementioned names, the Devils have found themselves without the ability to replace that offensive production: until now. 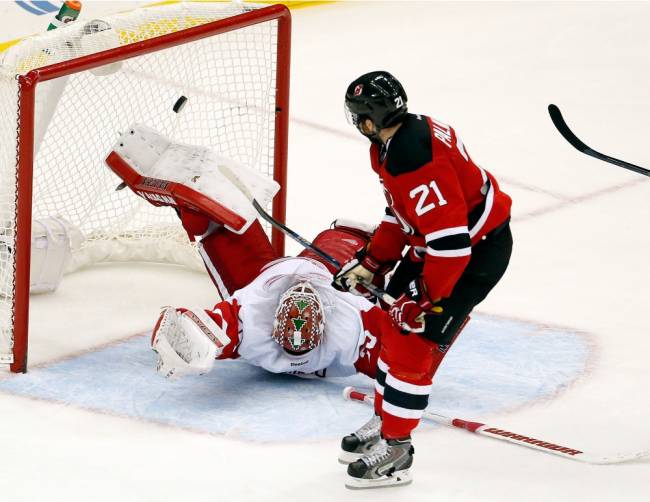 Kyle Palmieri (Pictured) scoring one of his thirty goals scored during his inaugural season as a member of the Devils upon his trade last offseason from the Anaheim Ducks against the Detroit Red Wings.

On June 27th, 2015 the New Jersey Devils acquired F Kyle Palmieri for a second round pick (No. 41) in the 2015 NHL draft and a third round pick in the 2016 NHL draft. Entering the 2015-2016 season, Palmieri had never eclipsed more than fourteen goals in one season. He more than doubled that total in his inaugural season in New Jersey with thirty. His thirty goals tied for the team lead last year along with 2008 third round draft pick, Adam Henrique. Henrique, who has eclipsed all expectations since his arrival in the league (especially with series winning goals during his rookie season against the Florida Panthers in the Eastern Conference Quarterfinals and the New York Rangers in the Eastern Conference Finals) is already a household name in the Devils organization and one of the pillars of offense the Devils will have to continue to rely on as they attempt to claw their way back into the chase for Lord Stanley's Cup. Even with the emergence of two budding superstars in Palmieri and Henrique, the newest acquired devil is the one who Devils fans and hockey fans, in general, should look out for to make a big splash in the scoring department during this new season.

His name is Taylor Hall. The Alberta, Canada native was the number one pick in the 2010 NHL Entry Draft by the Edmonton Oilers: one of the National Hockey Leagues most historic and winningest franchises. He has put up twenty plus goals in five of his first six seasons and twenty-five plus in four of the six as well. The price for acquiring the young goal-meister was not cheap, though. On June 30th, the Devils traded away their second best defenseman in Adam Larsson to acquire the Oilers former first overall. The hope in this trade by Devils General Manager Ray Shero is that Hall will prove to be an electric one for the Devils stagnant offense. In an interview conducted last summer with Chris Ryan of NJ.com, Shero stated about Hall that, "he plays the game fast, he goes to the net. He's going to add a lot to our group. I think it really changes the dynamic of our team and how we're going to play."  Everyone around the Devils organization clearly thinks this move is a slam dunk and so far, that has proven to be true.

So far, Hall has managed to score three goals in his first five games as a member of the Devils, stirring attention and answering to his critics who believe he only benefited from playing in an offensively fruitful Oilers team and would struggle on an offensively barren team like the Devils. Hall is currently on pace for forty-nine goals this year (the Devils would be more than happy for just thirty) and is clearly having an impact on a hopeful Devils team in the standings as well. The Devils have so far taken a point in three of the first five games and while there is room to improve, there is no denying that Taylor Hall thus far has had a significant impact and will continue to make an impact on the New Jersey Devils.

Giving fascinating and interesting articles and insights about sports that I and my associates want to talk about.