Mason Rudolph lead his OSU Cowboys earlier today for an upset win over then undefeated and the #10 Mountaineers. Rudolph threw for 273 yards with 3 touchdowns and no interceptions. Offensively, the Cowboys executed very well and minimized their mistakes while not giving up any turnovers. Their running was just good enough to keep the WVU defense from being to disrupt the offense, going for 85 yards with a total offense of 358 yards, nearly 70 short of the WVU total of 421 yards. Both offenses had the ball for about 30 minutes each and both were 50% efficient on 3rd down with neither attempting a fourth down conversion. Ok State had 61 more passing yards than WVU while the Mountaineers had 124 more yards on the ground than the Cowboys. How in the world can a game be so even on paper yet end with a 17-point difference? Reason #1, The WVU defense was unable to contain Rudolph or James Washington who had 117 yards on the day giving up 20 more points this game than what they have been allowing. The Mountaineer defense did not look nearly as good today as they did against the Texas Tech Red Raiders and the TCU Horned Frogs who each have a power house QB that could have easily put up big numbers if not for the WVU defense playing lights out football. That same defense did not show up and that was a huge hole that Rudolph exploited to his advantage. Reason #2, Skyler Howard gave up the ball 3 times and got lucky on a couple of plays that should have been turnovers, with an early throw being dropped by the OSU defender. So, where did the 17 points come from, ALL 17 came from the OSU drive following WVU turnovers. The Cowboys took the turnovers and turned them into points. Take away the turnovers, and the game is 20-20 which matches the numbers game and how even these two teams really were today, regardless of how either has done previous to this meeting. I have been super critical of Skyler Howard and have been wary to jump on the Howard band wagon that Holgorsen is on and today’s performance is why. He is not a bad QB but he is not a great QB either. He was not able to perform when he needed to and gave the ball up to a team that could and did capitalize on his miscues. Additionally, it became evident that Howard is not strong enough to win without the defense. The Mountaineers do not have an offense that puts up gaudy numbers and relies on the defense to keep the game in check so they can get some distance on the scoreboard. Combine the not so great performance of the defense with a QB who turned the ball over 3 times to a team that has been on fire lately, and you are going to end your bid for an undefeated season.

Bottom Line: On paper, this game was much closer than the scoreboard will lead you to believe. The difference was the Ok State defense outplayed the WVU defense and came away with 3 turnovers that all resulted in the points that made the difference at the end of the game. Oklahoma State was more than deserving of this Homecoming win which just so happens to be Mike Gundy’s 100th victory. 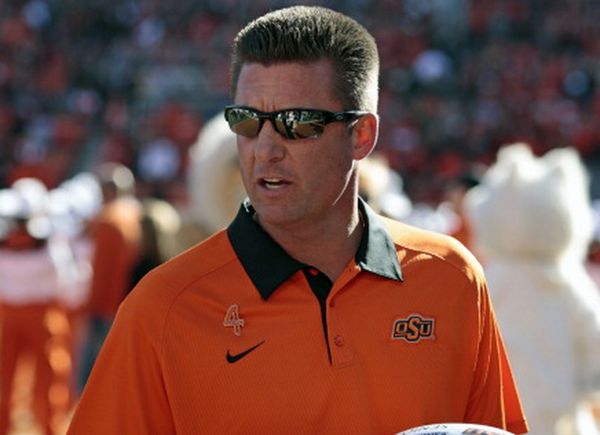 Mike Gundy recorded his 100th victory with the upset win over #10 WVU today! 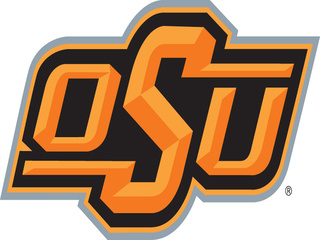 College Football, MLB, and Texas Footbal, doesn't get any better!

Other Posts About Oklahoma State