After a disappointing return to action for Tottenham against Manchester United last week, the club remains in London for a game against crosstown rivals West Ham. The last time the two clubs met resulted in a 3-2 Spurs win in Jose Mourinho’s first game in charge. Spurs will be looking to take advantage this week as Manchester United take on Sheffield United, meaning at least one of the clubs fighting for Europe will be dropping points.

The return of Dele Alli following a one-match ban and Lucas recovering from a head injury will provide Mourinho with the six best attacking players in the squad for the first time since he took over, as he mentioned in his press conference Tuesday. I suspect Dele will take over the role Erik Lamela played last Friday and Toby Alderwereld will replace Eric Dier in the center of defense, but other than that I think the squad will remain relatively the same.

West Ham struggled in their 2-0 defeat at home to Wolves, hardly getting any big chances throughout the 90 minutes. The relegation-threatened side has only won twice in 2020 and once in the last 10 games. This is a great opportunity for Spurs to get some momentum going and start the push for fifth. Spurs have more talent in every area of the pitch and the only thing that will stop them from claiming three points is execution. Harry Kane was nearly invisible against United, but if he can get a few more touches in dangerous areas, it just takes one good strike to get his confidence back.

West Ham’s top two leading goal scorers, Sebastien Haller and Robert Snodgrass, both missed the game against Wolves due to injury and are unlikely to feature Tuesday night against Spurs, according to manager David Moyes. The next leading goal scorer in the Premier League for the Hammers is midfielder Mark Noble with four goals, with defenders Issa Diop and Aaron Cresswell behind him with three. Angelo Ogbonna is also facing injury problems and is questionable for the Spurs game. West Ham is tied for the third-worst defense in the league with 52 goals conceded in 30 games. Without Obbonna, Declan Rice would most likely have to play alongside Diop again and not in his preferred defensive midfield role.

I made an optimistic prediction last week and I’ll do it again this week. I will say a 3-0 win for Spurs with 2 goals from Harry Kane. West Ham has too many problems right now to compete with Tottenham in a 90-minute match. I am hoping to dominate possession and limit the number of chances we have to concede a penalty. As long as everyone stays healthy and limit the mistakes, it should be an easy three-points for Mourinho’s men. 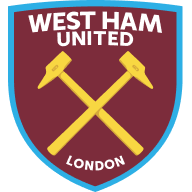 Other Posts About Tottenham

Spurs vs. Ajax: My Experience