Devil In the Details: The Collapse of the New Jersey Devils 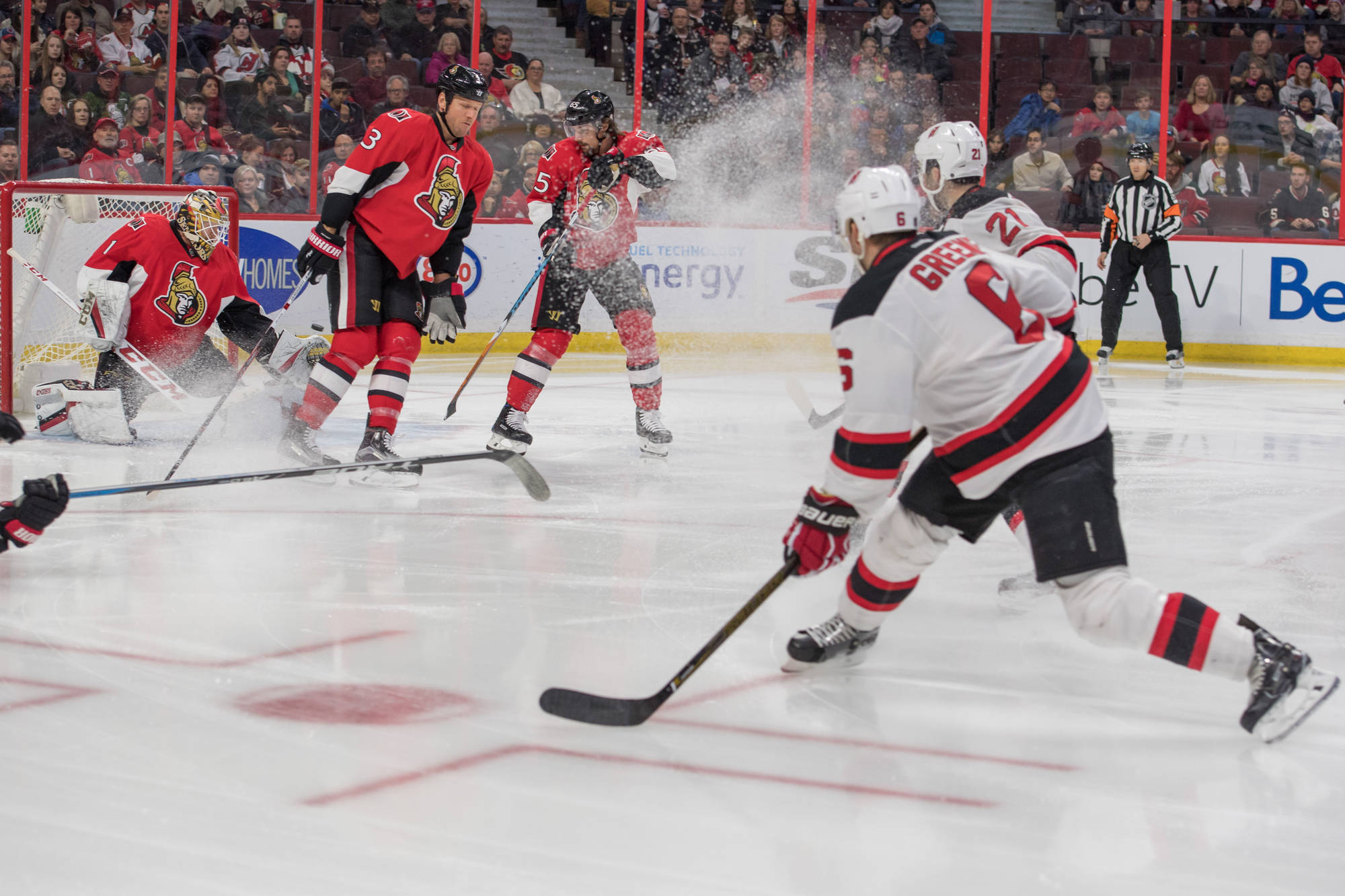 The New Jersey Devils lost their seventh straight game last night at home to the Nashville Predators and the situation does not look promising for a turnaround anytime soon. The team has upcoming games with the Philadelphia Flyers (who have 19 wins), then two games against the seemingly unstoppable Pittsburgh Penguins, and then two games versus a very talented Washington Capitals team.

The immediate reaction here in New Jersey has been to call for the dismissal of Head Coach John Hynes. That should not come as a huge surprise as that is the normal reaction for a fan base in any professional sport: they demand changes, usually by firing the coach.

However, in my view, the solution is not relieving Hynes of his duties unless the top players on the team are telling General Manager Ray Shero that Hynes has “lost the room”. I do not think that is the case here, and I think that the issues plaguing this team cannot solely be placed on the coaching of John Hynes.

The other issue with changing the head coach is that you have to then change the whole philosophy (usually), the whole structure or system, and that translates quite often into personnel changes. The Devils just dramatically changed their system and style prior to the start of last season, and a hockey club cannot perpetually change or they will never have success.

I suppose in short, I am preaching patience to a fan base that has not sniffed playoff hockey in a while now. This Devils team was at one point this season in a playoff contending position, but this seven game slide has made the road to the playoffs that much more difficult. There are some who feel that in another few days, if this losing continues, they could be basically out of the playoffs by Christmas.

Then, if changing the coach is not the solution, then what is the solution? It starts with making some changes to the lines and to the personnel. They have to shake up the Pavel Zacha line, they need to remove Jon Merrill from the defensive pairings for a while, and they could explore a trade for another player(s) to boldly reinvigorate this roster.

The next step in the solution is with some changes to the intensity of their game play: forecheck and back checking the puck, transitions from the neutral zone, entry passing, and cleaning up the approach to their possession of the puck in the offensive zone.

The defense is the one area that most Devils fans were concerned about going into this season (myself included) and that has not changed after the team has slid to a record of 12-13-7 after 32 games. That sample size of games is enough to determine essentially what is working and what is not working, though after the past seven games, not much is working all that well. The defensive pairings, at minimum have to be changed, and a roster move to add another player in that area would be advisable.

The other route that Shero could take is to call up a prospect like Steve Santini to see if that excites the fan base and fixes some of the woes in the defensive end of the ice. It should be noted that Kyle Quincey has been a disappointment here and something needs to be done to address that situation as far as his role with this team is concerned.

The silver lining is that the issue is not that the Devils do not have a goaltender, which is the root cause to the struggles of many other losing teams in the NHL. In that same light, I have seen many other franchises have strong goaltenders and issues with talent on other parts of the roster. Those teams just seemed to languish in the mire of the NHL grinder, year after year. Some fans fear that fate may be waiting for these editions of the New Jersey Devils.

The schedule for the Devils has also been brought up in this conversation as hockey writers, analysts, and fans alike all try to figure out what went so disastrously wrong for this hockey team. New Jersey has played an unbalanced amount of games on the road, especially in places where it is tough to win as a visiting team (Chicago and Montreal leap into my mind). The logic being that they were bound to lose those games because it is very tough in hockey to win on the road in general, let alone in some of those situations the Devils were in this season.

The other point being made here is the grueling road games and the compact nature of their schedule, where the team has not had as many rest days. The team could be suffering from fatigue and we have seen that as fans in other years. This is a young Devils team though in comparison to some other editions in recent years, so I find that argument tough to believe, and the players have not mentioned fatigue as an issue either.

There is a silver lining in the details of the schedule too, if New Jersey has played several road games that means that they have a significant amount of home games left on the schedule. The Devils also have already played a fair number of opponents both outside their division and outside the Eastern Conference; this translates into several games within the Metropolitan Division. In fact, the majority of their games remaining are division games, which translates into games on the road that require far less travel: the two New York teams, Philadelphia, Pittsburgh, Columbus, Washington, and Raleigh.

The Devils could right the ship this season because they play well at home (8-2-2 this season) with last night being one of the rare exceptions. New Jersey is enjoying a real home ice advantage in their 10th season in the arena known as “The Rock”, and they could make up some ground in the standings with some “home cooking” as they say.

The more fundamental solution could come from the roster moves that should be made because some changes are definitely needed to get this team back on track. The full change of the system or structure changes at this point do not really make sense. This team was playing well at one point, and I still maintain that if Taylor Hall did not miss those games with the knee injury, this would be a much different article right now. This team was rolling when that injury took place to a key scorer and offensive playmaker, the significance of that cannot be underscored.

In the end, as the saying goes, the devil is in the details, and the New Jersey hockey team has to get back to focusing on the details of their compete level, their intensity, and the precision of their overall level of play on the ice for this season to have a chance of improving.

The positive sign is that I have seen a lot of hockey in my time, and I have seen stranger things happen with teams getting on winning streaks and climbing out of holes made by a poor start or poor stretch in a season. I hope this Devils team will be the next example of that situation as the schedule moves forward and the calendar flips to 2017 and the heart of the hockey season unfolds.

Frank Maduri is a freelance writer who has covered the NJ Devils and NY Red Bulls for major websites. His work is published in 40 countries.

All things sports from a fan's perspective