The Redemption of Rick Smith 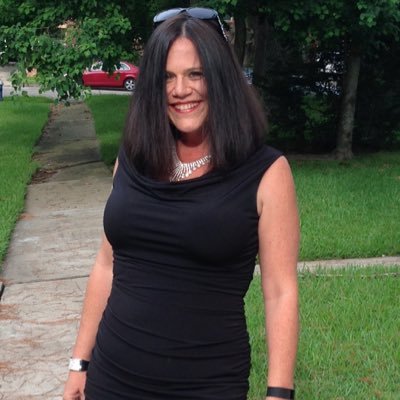 Houston, Texas is home to a huge fan base willing to spend big bucks on the Texans franchise. For years, these loyal fans have shelled out big money for tickets and merchandise. Thousands dutifully tail-gate in the parking lot at NRG Stadium before every game. And for years, this incredibly diverse and faithful fan base has been disappointed by the product on the field. Yes, the team has won a handful of AFC South Championships, but that hardly registers when considering the caliber of a) the AFC South teams and b) the Texans’ stellar defense. JJ Watt, Jadaveon Clowney, and a host of other stalwart defenders make the Texans defense arguably the best in the entire NFL. And yet, the Texans team has repeatedly disappointed its fan base with marginal season records and a history of blowing it big time in the playoffs. Texans fans deserve better than what they’ve received.

It’s no secret that the missing ingredient for the Texans has been their offense. More specifically, their lack of talent and continuity at the quarterback position, coupled with a mediocre-to-middling offensive line. There is a strong argument to be made that the Texans would be a Super Bowl caliber team with only a league-average quarterback. Except they’ve never really had a quarterback that could provide even average stats.

Last year, Rick Smith (or Bill O’Brien or some combination of Rick Smith and Bill O’Brien, depending on who’s telling the story) attempted to solve the problem by throwing money at it. 72 million dollars, to be exact. Unfortunately, we all know the results. Brock Osweiler was a colossal albatross for a team that was otherwise relatively complete, and healthy. His performance was nowhere near league average for a quarterback. Even more disturbing was the fact that Osweiler actually got worse as the season progressed. At 6 foot 8 inches, his mechanics were always awkward, but, with his confidence shot, defeat was visible in his eyes every time he stepped onto the field.

Although heralded as the team’s savior when he arrived in Houston, Brock Osweiler clearly was not the answer to the Texans’ quarterback problems. In fact, Osweiler plainly created more problems than he ever could have solved. And yet, somehow, Rick Smith found a way to make the Osweiler Conundrum disappear. In one fell swoop, Rick Smith unloaded Osweiler, and his gargantuan contract, on the hapless Cleveland Browns, making him their problem for the foreseeable future. (No, I am not overlooking the fact that the Cleveland Browns made out like bandits with the draft picks they received, which was obviously all they were after in the first place. Like the Texans, the Browns have no intention of starting Osweiler this year, either.)

Regardless, the Osweiler-to-Cleveland deal was a stroke of brilliance on Rick Smith’s part, and something Houston fans hadn’t previously seen from him. You have to understand that Rick Smith is almost universally hated in Houston, and whether that’s a fair assessment of his abilities or not, the dislike is real and visceral. The local perception of Smith is, at best, that of a bumbling idiot, but also goes as far as the perhaps worse lazy sycophant yes-man who reviles independent thought. But his solution to the Osweiler Conundrum turned heads in Houston. Maybe Smith isn’t quite the inept and ineffective GM everyone thought.

NFL Draft night provided Rick Smith with an incredible opportunity to cement his newfound reputation as an astute wheeler-dealer. In a stunning move, Rick Smith traded up from the 25th pick in the first round to the 12th pick in order to select Deshaun Watson as the new franchise quarterback. What was stunning about this move had nothing to do with the fact that the Texans wanted Watson exclusively (this was hardly a secret desire), nor that they actually got the pick correct after they moved up to 12th. (To be fair, most of Rick Smith’s first round picks have been pretty darn good. It’s just the later round picks that go bust.) The stunning part was that Rick Smith actually had the fortitude to make the trade at all to get the quarterback of the future the team needs. Houston fans, you see, after years of extreme disappointment on the field, have been conditioned to further disappointment with every subsequent move made by the front office. This single act of defiant bravery on Rick Smith’s part will be microscopically dissected by Houston media and fans at least until OTAs start. It is absolutely that surprising to Houstonians. Was the cost of the draft trade actually worth it? That remains to be seen. But it was a move that was absolutely necessary, both for the future of the Texans, and for the redemption of Rick Smith.

But the downside to Rick Smith’s redemption is this: now Texans fans again have hope. It is this hope that the Texans have destroyed year after year, and somehow Texans fans manage to swallow their disappointment every time and again hope for a better season. So if Smith truly wants to solidify his place in the fictitious Pantheon of Good GMs, he still has some work to do. For one, he needs to bring in a seasoned veteran quarterback [perhaps Jay Cutler would be a good fit, hint hint] to guide the team next year and help Watson develop. He definitely needs to show DeAndre Hopkins the money, Jerry Maguire style. And finally, Smith needs to do whatever it takes to shore up the offensive line, especially at the RT position, so that Watson can stay on his feet long enough to work the magic he previously worked at Clemson. If Smith can accomplish these things, the team will be ready for its first Super Bowl appearance. And Smith, will have finally found full and complete redemption with Houston fans.