Everton have had a solid first season under the guidance of manager Marco Silva, who will need to dip into the transfer market this season to continue what he has built.

One player that has had difficulties this season, however, has been defensive midfielder Morgan Schneiderlin - who has made just 13 appearances in the Premier League, including nine starts.

The 29-year-old Frenchman had been absent from the team's starting XI from October before starting in the Toffees' 3-0 victory over Cardiff City back in February.

Five of his appearances this season have come since the Cardiff game, but his long-term future at the club is still up in the air.

If Silva decides to move on from the French international, then there could be a younger player available this summer.

Per Marca, Real Madrid have reportedly told 24-year-old defensive midfielder Marcos Llorente that he is no longer a part of the club's plans and is free to leave after this season.

Llorente has struggled to break into Los Blancos' first team, making just 21 appearances in La Liga since stepping up from their reserve side.

Despite making just six league appearances this season, Llorente looks like he could be a real talent for a team such as Everton.

He is a strong passer of the ball, averaging 53.7 passes per game, completing 93.8% of his attempts. He also contributed 0.5 key passes per game in limited minutes this season.

The Spaniard is capable of getting the ball forward, completing 1.2 dribbles per game on average, but is also defensively responsible as the anchor man in midfield.

Llorente has averaged 2.5 tackles per game, with a further 1.2 interceptions and 1.7 clearances.

The Madrid native averaged higher than Schneiderlin in almost every category this season, despite the 29-year-old Frenchman being given more opportunities to shine.

If Everton do wish to look for a young replacement for Schneiderlin and need to keep costs down, Llorente could be an ideal pickup for Silva to work with. 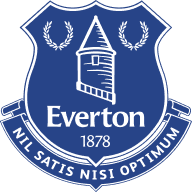 A blog dedicated to all things football (soccer).