Headed In The Wrong Direction 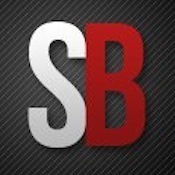 First and foremost, these uniforms scare me. The thought of someone putting together this uniform and saying, "Yep, this will do" scares me. Apparently, the uniforms aren't the only problem with the Jacksonville Jaguars moving forward.  According to sources, the owner of the Jacksonville Jaguars, Shad Khan, met with the players and coaches of his team. He, just like everyone else, wants to know what in the world is going on. According to NBC Sports the meeting was called because he wants to know, "why we aren't winning and what can we do to fix it?" Shad Khan, I have wondered the same thing for about seven weeks now.

Everyone recognizes Shad Khan's frustration as his team has gone 14-40 under Gus Bradley. I completely understand him inheriting an atrocious team and needing time to turn it around. Most people tend to give a coach 3-4 years. I am more lenient than most, and consider 4-5 years being the time table needed to evaluate a coach and his staff. But if this meeting was a "feel it out" kind of meeting, who is to say this is the last "meeting"? The Jacksonville Jaguars have a crucial in division game against the Tennessee Titans (3-4) at Nissan Stadium tomorrow night. I say crucial because the six upcoming games for the Jacksonville Jaguars are: the Chiefs, Texans, Lions, Bills, Broncos, Vikings; all of which have winning records. If the Jaguars lose this game, the next "meeting" might have a very different feel to it.

If the Jacksonville Jaguars ever needed a push, now is the time to do it. Looking back, picking them to go 9-7 seems impossible now. The upcoming road seems difficult, but nothing comes easy in the NFL. If the organization wants to turn things around it starts tomorrow night in Nashville, TN.

Lack Of Attention To Detail

How Will New OC Nathaniel Hackett Fare On Sunda…

Where Has Myles Jack Been?

Which AFC South team will have the best draft?

It's a great day to be a Titans fan!

Can the Titans offense replicate what they did …