On Sunday, the Eagles defeated the Atlanta Falcons by a score of 24-15. Carson Wentz performed adequately and the defense had a very solid showing, but the real story of this game was the performance on the ground, mainly by Ryan Mathews and Wendell Smallwood. Mathews paced the Eagles offense with 109 yards on 19 carries while adding two touchdowns. Smallwood did a great job as a complementary back, rushing 13 times for 70 yards. Sproles added in two carries for 19 yards. All in all leading the Eagles to 208 rush yards, by far their most throughout this season. 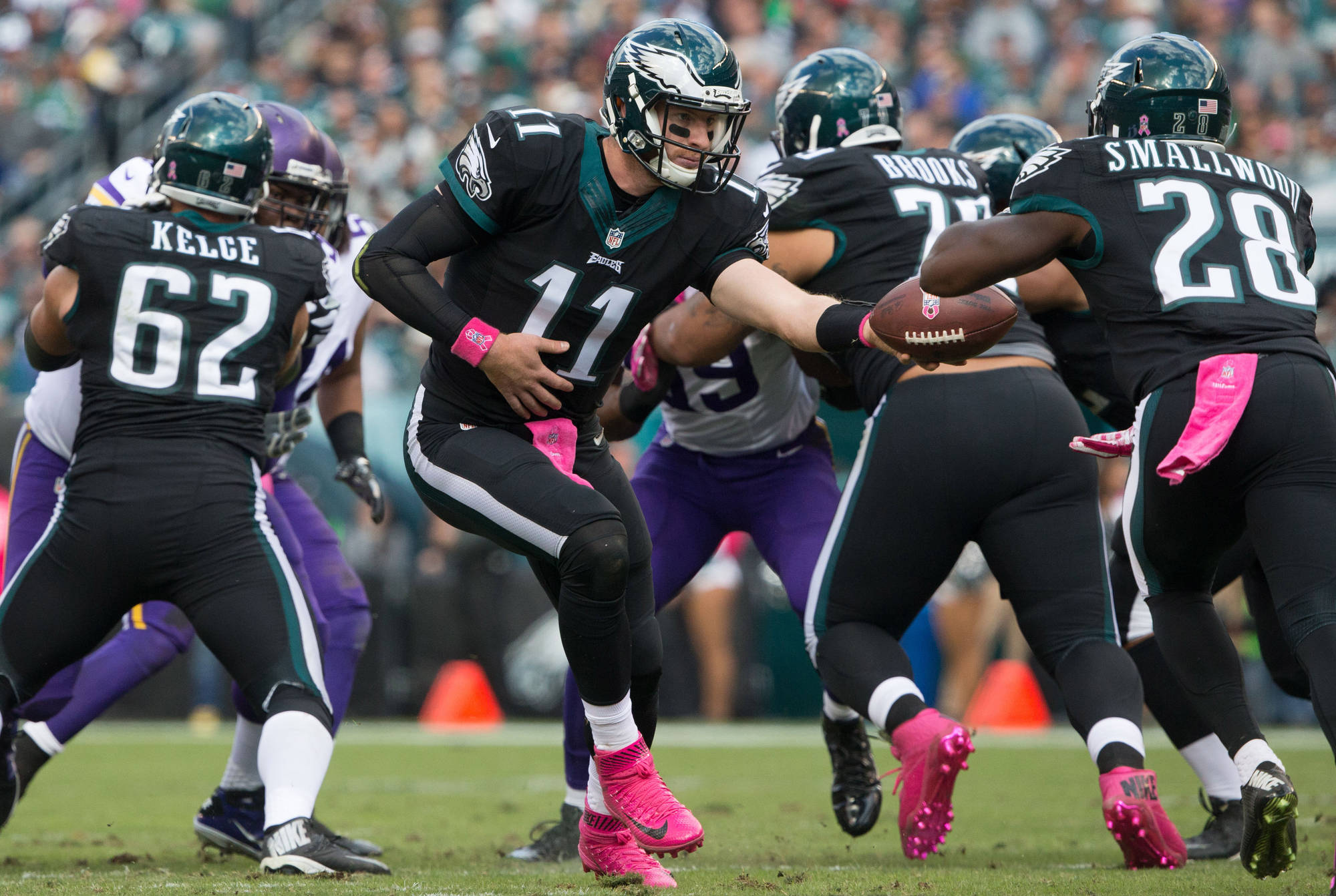 What was evident in this game is that having an efficient ground game is needed, especially when going up against elite offensive football teams like the Atlanta Falcons. The Eagles in their wins this season have dominated time of possession and a large fact of that is being able to hold onto the football for long periods of times. In the first drive yesterday, the Eagles marched down the field using 12 plays and 81 yards, while taking up over seven minutes of clock time. Using a heavy dose of the running game, while having Carson Wentz throw it when needed. That is exactly the formula the Eagles will need to use throughout the final seven games of this season if they want a chance at playing into January. 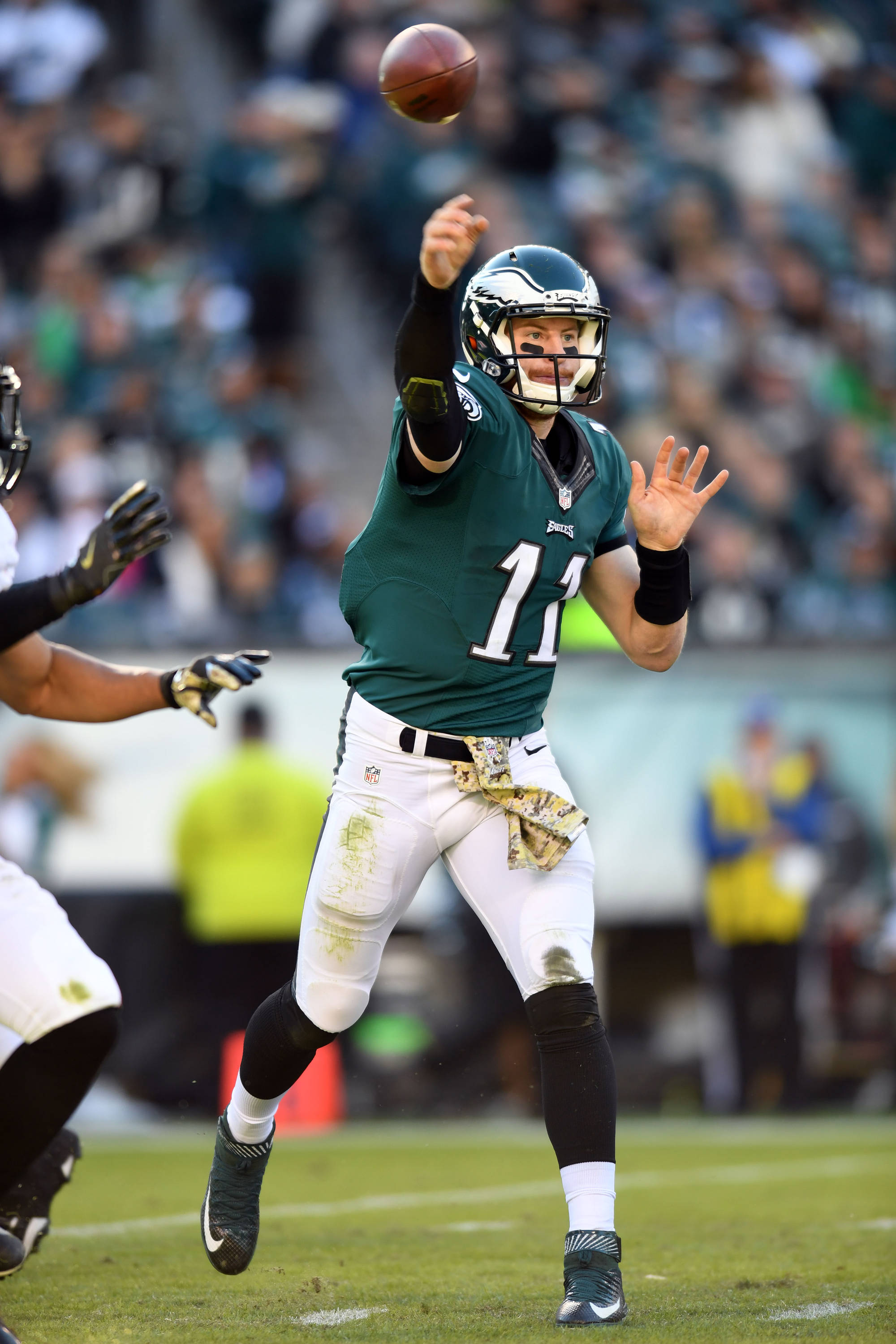 Carson Wentz is having a great rookie season, if he has a run game, than he can see more success throughout the second half of the season
James Lang-USA TODAY Sports

When you have a rookie quarterback, it is very hard to ask him to throw the ball tons throughout the course of games. When a young quarterback has a sufficient running game and a respectable defense, then it allows him to play complementary football as he develops. While also opening up things in the passing game through play action. For example, look at the 8-1 Dallas Cowboys. They have been successful with a dominant running game and a respectable defense, allowing their rookie Dak Prescott to play complementary football.

If the Eagles need Carson Wentz to throw the football a ton, he can. But, like any other rookie the more you throw the ball, the more prone to mistakes you become. Having the ability to run the football successfully keeps the defense off balance and gives the quarterback more opportunities to be successful. When you cannot the run the football, the quarterback, Carson Wentz in the Eagles case will have a lot more pressure on him to make plays. And for a rookie that is a lot to ask. This is why the running game is vital for the Eagles success going forward.

Ryan Matthews has shown throughout his career that when healthy he can be a very good running back. After losing his starting job for a two week stretch, he came out and reclaimed that spot with a strong showing against the Falcons. The Eagles will need him to maintain that success over the course of the final seven games. Wendell Smallwood, who the Eagles picked in this year’s draft, also had a nice showing last Sunday and if Smallwood and Mathews can form a 1-2 punch, than that can carry the Eagles a long way. A large part of their recent success has to be owed to the Eagles continuously improving offensive line. 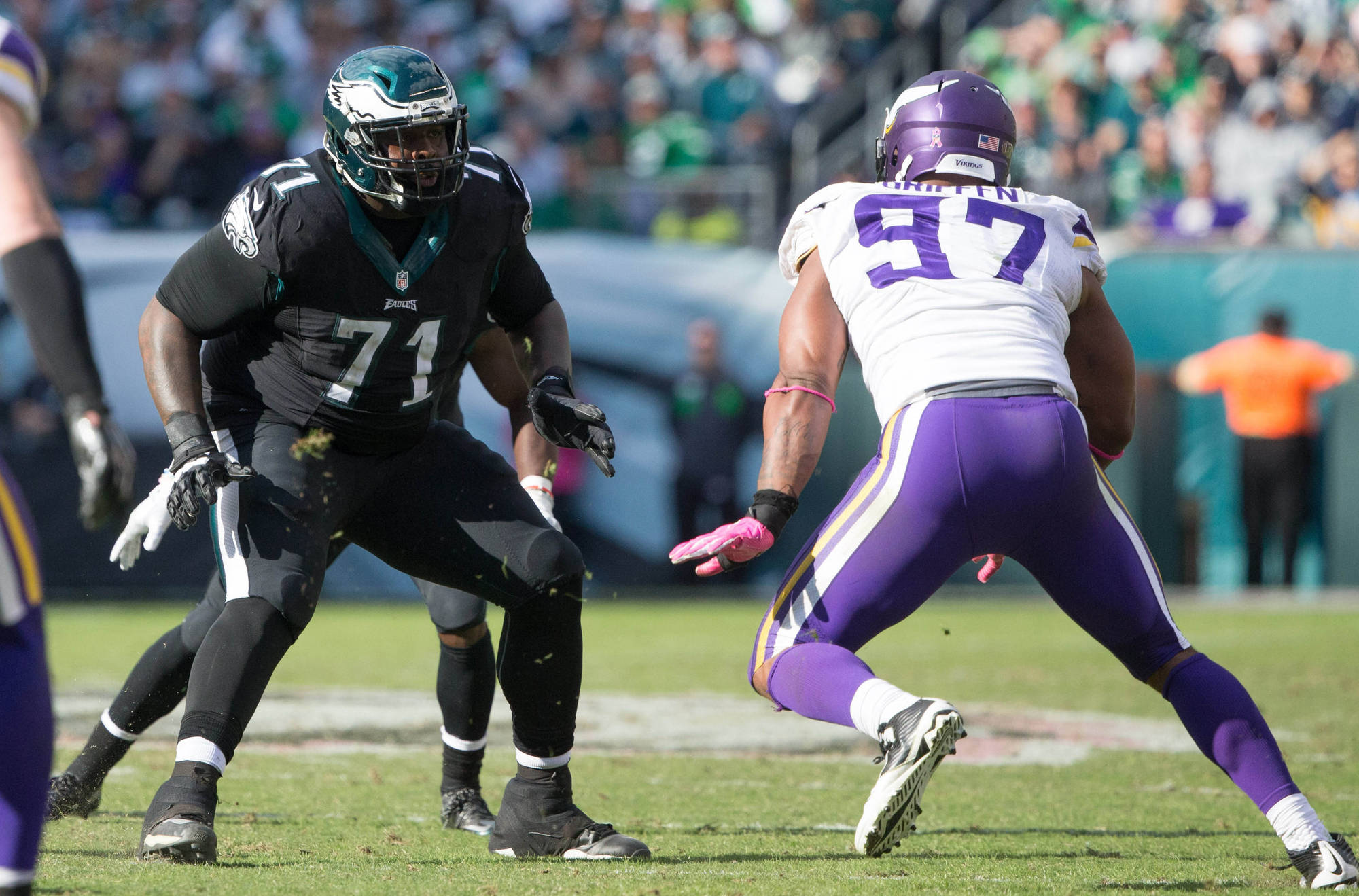 Pro Football Focus ranks the Eagles offensive line second to only the Dallas Cowboys this seasons with a score of 83.0. This is a unit that going into the season had very low expectations, and those expectations got even lower with the suspension of Lane Johnson. But, it seems they are getting better week by week. One thing PFF pointed out was their job in pass protections, but a lot of their success, has been in opening up holes in the running game. Having success in run blocking, has made their job in pass protection a lot easier, since the defense is more off balance. The line must keep up their success for the Eagles to keep getting better.

The Eagles go into Seattle this Sunday, and will need the run game to be on in order to have a chance at winning. Seattle`s former defensive coordinator Dan Quinn is the Atlanta head coach, and runs a lot of the same looks defensively that Seattle now runs. With the exception of course is more talent on the Seahawks defense.

The one thing Doug Pederson can use this week while game planning is looking at what the Eagles had success with last week against the Falcons and use that against Seattle. While of course as mentioned earlier, the Seahawks have better overall talent, but if the Eagles can have similar results than they did last week, than they can have some success on Sunday. 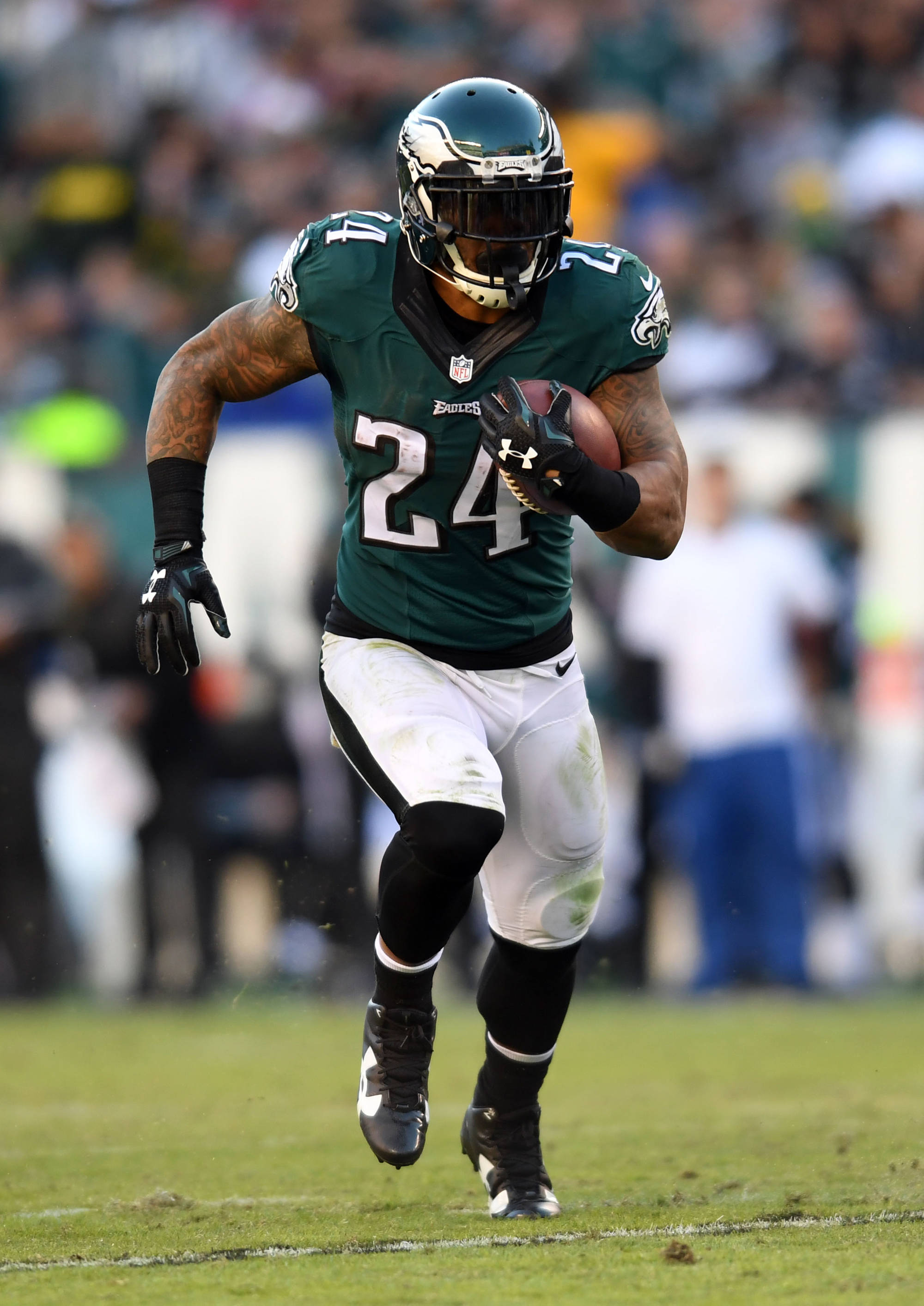 Can Ryan Mathews build off of his success from last week?
James Lang-USA TODAY Sports

The key on Sunday and the rest of the season will be establishing and having success with the run early and often. If the Eagles can control the clock using the run game and open things up for their young quarterback, than they will have loads of success for the rest of the season. Hopefully they can get a run going, because the NFC East is tough and will be for years to come. Cross your fingers Eagles fans, if Ryan Mathews can continue to roll, than we may be in for a nice second half.

To join our E-Mail list, email us at [email protected]

Eagles vs Seahawks Keys and Prediction

How Should the Eagles Approach Nelson Agholor

The Long Road for Penn State to get Back to the…

Other Posts About Philadelphia Eagles