Nearly there. Not many more of these left. We have 3 big home games in a row, starting tomorrow with CP. If we can win all 3 games at home, that is top 4 secured for me. So it's a must win tomorrow. Crystal Palace have been in great form until late. Big Sam has done great and the job is perfect for him. They aren't safe but I'd be really surprised if they went down. They are hard to break down and against the big boys away, have done in Chelsea recently. They are no push overs. They will play their game and players like Benteke need man marking. I suspect that might be Otamendi's job with Stones still not fully fit. It's Townsend and Zaha that worry me. Quick and will rip our shaky defence to shreds. Sagna is coming back, Zaba is fit but I think Pep may start with Navas as he is quick and can match them. Clichy will start but I'd be tempted with Fernandinho at LB if Silva can start. Big IF as Pep has said he's trained fully yesterday for the first time. May be on the bench though. So Clichy with Ferna ahead in CDM and Yaya in front and KDB sitting on top. Nolito could start. I've seen in the press he's asking for game time. CP will park a bus and I'd love to see Nolito sit on the wing. Sterling on the other and Jesus up front. See what happens. Sane hasn't looked great recently. Sterling hasn't either but Nolito is LW so why put Sane on the right when Sterling is better there? For Palace, I expect they will park a bus like United and look to hurt City with pace out wide and Benteke up front. That again. All questions are for City though. They need to win. No pressure on CP. I'm not sure who that favours though. City are playing first though for the race for top 4. So if they win, huge pressure on the rest but if they lose, I'm sure the others will be all over it. The consolation? United play Arsenal away and United have a great opportunity for the Europa League final. Will they rest players? I think it depends on Liverpool and City's results. If they both win, he'll park a bus with a weakened side. Vintage Mourinho. It won us the title in 2014 when he beat Liverpool at Anfield with a weakened side and parked a bus. It works. It's interesting.

I'll go for a close game tomorrow, 2-1 City. We need to win. Don't ruin my weekend please. Bravo is out so that will allow CP some chances as Caballero isn't that good with the ball and makes a lot of mistakes with his passing and clearing. He tries though. 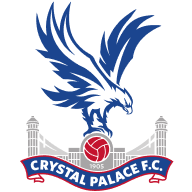 Other Posts About Crystal Palace