Another cup final down and phew, we hung on. We have a huge final with WBA at home now where it's a simple must not lose. If we do, our top 4 is in serious danger. If we draw then it's a must win away at Watford (not easy) and if we win, just a draw needed on Sunday or a win would see us clinch top 3. But that's a long way away off. First I'll review Saturday.

First half great, second half, poor. City started slow and Leicester looked a little disinterested. The game took a little while to get going but eventually Silva found space from the defenders, miss hit his shot and scores. Sterling (stood in an offside position) stupidly tries to direct the goal bound shot but he doesn't touch it. The goal is given, however Kasper the friendly ghost in goal was desperate for an offside. He didn't dive as he thought Sterling may get to it. Well if he did, you would have been far to late to react. I feel like their is controversy here for the sake of it. So there is something to talk about. I feel like City have had some awful decisions this season with referee's so to get the rub if the green on Saturday felt good. We scored again through a penalty. Sane dances through and he is brought down from the defenders lack of pace. Why he dived in, I will never know. Leicester really missed Huth and Morgan. They looked unorganised. Strength in depth for you. Jesus takes the ball off Yaya (who has never missed a penalty for City) and cooly slots it home. I liked how he played mind games with the ghost in net and looked the whole time where he would put it and Kasper dives the other way. MIND GAMES.

Albrighton whips a ball in and Okazaki smashes home. Caballero gets a strong hand on it but it went in. Disappointing but an awesome goal none the less. Game on at 2-1. Nothing really happened second half. City kept with the same team and with Dinho's insistency to get to the middle and forward, it left space for Albrighton to hurt City. Well, Fernandinho decided to hurt him back, by elbowing him (accidental, he never looks) and giving him a black eye. Albrighton responds and takes Dinho out and is booked then subbed. Yeah, the game went like that. Dirty and scrappy. Leicester enjoyed it, they won a penalty from it. They scored through Mahrez only for it to be disallowed. He slips and the ball hits his trailing foot. 2 touches are illegal when taking a penalty (you learn something new, something similar happened to Hart once like this I think or seem to remember). The game nearly made it to 100 minutes and I was just glad to hear the whistle. 2-1 and 3 points, get in. Man Utd bottled this week and as a result, can no longer make the top 4. Onto the Europa League final for them. Arsenal have 2 home games to come and finding a lot of form and Liverpool have one game left and are ahead of City. They are at home too. City are at home too and a big win over WBA could see us almost certainly over the line. I don't see it and I think we need 4 points from 2 games. We have WBA at home and Watford away so lots of work still to be done for Pep and the boys.

Delph out injured (again) but Stones may make the bench. I think City will change their team this time, I think we might see Aguero up front and Jesus play behind him. I think Yaya will move back and we might see Nolito or something. I'd rest Sane and Sterling, WBA won't allow space so we need patience and skill. Jesus, Aguero, Silva, Nolito, KDB all have that. I like the sound of that attack. Sit Yaya deeper. WBA have little pace and rely a lot of their team work and defence. We need to break them down. They're a good side that would like to frustrate us into mistakes. Scoring a couple of goals early would ease that. Crystal Palace comes to mind so something similar needed. I think it'll finish 3-0 City and will take everything to the last game. Ugh.

This is Zabaleta's last home game (confirmed) and last for some out of contract players (Clichy, Sagna, Navas, Caballero, Yaya) so they walk around afterwards and receive all their applause that they deserve. A special shout out for Yaya though, awesome player. And a huge celebration for Zaba. Lets send him off with a win. A cult City hero. We all love Pablo. 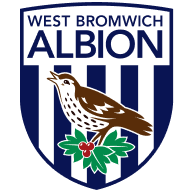