Should Jose Fernandez's toxicology report change how we remember him?

The simple answer here is absolutely not. However in light of the new findings, some people do feel apathy. Not all the facts from the accident are clear yet, so it is imperative to examine the case and more importantly the life of Jose Fernandez.

According to Autopsy and Toxicology reports from the Miami-dade County Medical Examiner Department, Miami Marlins phenom Jose Fernandez had traces of cocaine in his blood along with a blood alcohol level of .147 when his boat crashed in late September. Fernandez's friends Emilio Jesus Macias and Eduardo Rivero were killed in the accident as well. Their toxicology reports found alcohol in their blood, however only Rivero's showed traces of cocaine.

Authorities have yet to point out who the driver of the boat was the night of the crash. Although some evidence suggests Fernandez was not the driver that night, there still isn't enough evidence to accurately point out who it was out of the three. If discovered, this information would mean a lot to this case. There is no debate that the trio were irresponsible that night, however accurately identifying who the driver was would and could entail two different narratives.

If It was found that Fernandez was the driver, sadness and grief would change to anger in the eyes of many. People wouldn't sympathize because the accident could have been prevented if he made better choices. Some already feel this way, and it doesn't help that his wife is pregnant and soon to give birth to his first born child.

If it was found that Fernandez was not the driver, I think it is safe to say public opinion would predominantly remain sympathetic. People would argue that Fernandez chose not to drive because he knew the potential dangers, and would view the crash as the tragedy that it is.

Bottom line, the death of Jose Fernandez was tragic whether he was the driver or not. It wouldn't be fair to judge Fernandez on one mistake instead of the totality of his life. In the 24 years he has lived, many would agree that he lived his life to the fullest. He was a superstar on the field and brought joy to those who were around him. Whether you were his teammate, a fan, or the competition, everyone in the baseball world loved Jose for the who he was. His brilliance reached far beyond the grass and dirt as well. He was known to work endlessly in his community with his ties to ALS charities and would even invite kids to Sunday home games who otherwise would not be able to attend. 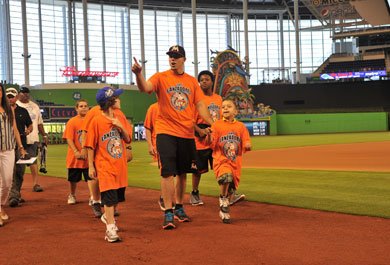 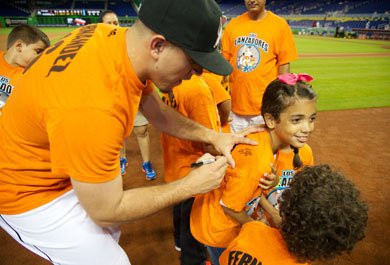 What best describes how we should remember Jose Fernandez is depicted in the account of his journey to America... the night he saved his mother. 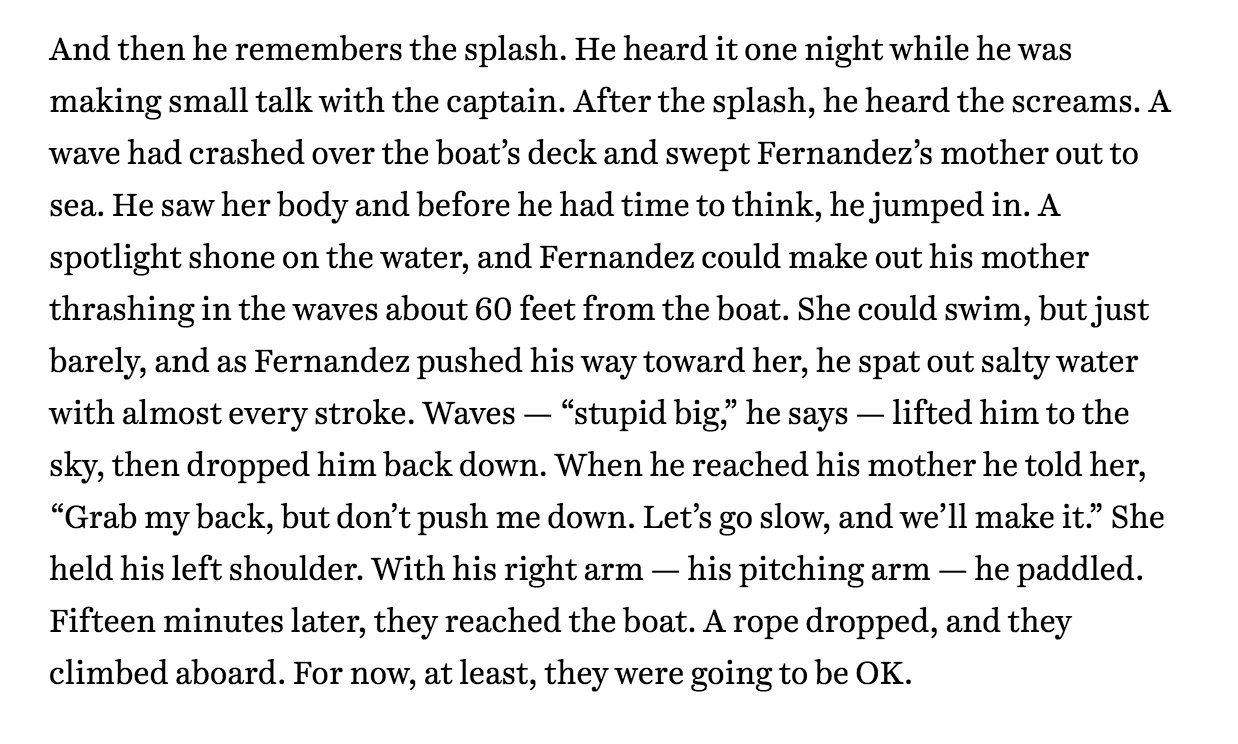 Account of Jose's experience during his journey to America

Courage, benevolence, and compassion are the virtues that come to mind after hearing this account of Fernandez's journey to America. Once Fernandez made it to the show, the country was finally able to witness those virtues on display every time he stepped in-between the lines.  Nobody is perfect, and it was clear Jose Fernandez was not, but he was a great baseball player and an even better young man. The death of Jose Fernandez was a Tragedy.