NASCAR and The World System 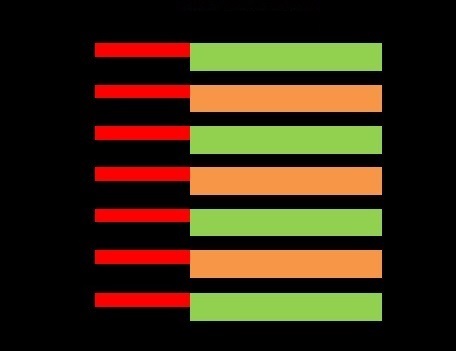 My love of NASCAR probably began when I built my first plastic model. I'll never forget it was a Richard Petty #43. I still remember the pronounced STP logo on it. I recall I was so detailed in my construction; that I painstakingly cut athletic white tape into precise thin strips because I couldn't paint the borderlines so thinly on that iconic "Petty Blue" and red race car.

My learned devotion was probably further cemented by the motorized hobby race tracks we had set up in our basement with race cars and tracks of all sizes and lengths. I still remember pricking my fingers on the metallic strips, underneath the cars, which needed to be smooth and press flush against the metallic rails of the plastic track, in order to run.

In my teen years, around the time I became enamored with big, fat, raised letter tires; there were trips to Lebanon Valley Speedway and even Pocono Raceway, where my hard-working and successful father, who owned a publishing company, purchased me this beautiful rally stripe windbreaker with the aforementioned STP logo on it. I treasured that jacket far passed the years when I sported and outgrew it.

Early into adulthood, I remember the project of painting my used and dented streetcar as if it were a race car; and were it not for the unwarranted attention it would have drawn from the local police who were always after me for speeding, drunk driving, multitudes of accidents, and traffic violations anyway, I would have completed that paint job.

Nowadays, I can only smile and think how grateful and blessed I am that my father introduced me to auto racing, and in a sense, taught and trained me to love the sport. Also, how, since the days of first watching one of my other childhood heroes, Oscar Madison, of "The Odd Couple"; I can now attend the races as a credentialed media member, but more so, as a minister, mathematician, and a creative Mastermind; and for this I can only thank The Lord.

In the end, I can only thank The Creator for His creative genius and the marketing plan I freely, freely share with NASCAR; despite all the ungodly, unintelligent, literal losers and evil-minded media members who don't have the prophetic vision and blessing I have when our DiBello Production Company willingly shares veritably priceless marketing, racing and scheduling ideas; only to be mocked and ridiculed by those in the World System who lazily draw paychecks and uninventively simply see that which the rest of the unimaginative “fake sports media” describes which I can normally see for myself.

See, I work for God. He freely gives me ideas and I freely share them, in this case with NASCAR. I plant the seed on ideas I know He wants done and He's going to make come to pass; because the Lord and I both love NASCAR.

NOTE: Special thanks to Joey Logano, my Italian brother, who not coincidentally, won both the Las Vegas races, and fielded my staged remarks and proposals with his opinions and thoughts.

Ryan Newman crash reminds us of how dangerous...