Oh my favorite topic, the special teams. If you don't have a successful power play and penalty kill in the NHL, there's no way you can compete for the Cup and make a legitimate run at things down the stretch. Personally, I don't think the Flyers special teams are that bad. Don't get me wrong, I don't thing they're great, but they certainly aren't bad. If we look at things right now, the first power play line for the Flyers could be one of the best in the NHL. With Shayne Gostisbehere as the quarterback and Claude Giroux as the heavy one-time shot, the remaining players (Schenn, Simmonds, and Voracek) have the perfect balance of grit, playmaking and goal scoring ability to be one of the deadliest in the league. The only issue with the first unit is their consistency throughout the year. They'll have a stretch of 20 games where they're firing on all cylinders, and then they will disappear for the next two months. As long as the first unit can find a balance that can last them during the entire season, and keep them in the top-10 in the league then I think they'll be a team that their opponents will regret taking penalties against. That, however, is just the first unit. The biggest concern for the Flyers is their second power play unit.

Flyers defenseman Michael Del Zotto celebrating a goal with some of his teammates, courtesy of boomsbeat.com

The Flyers have plenty of options to use this year for their second power play unit. Whether it's Michael Del Zotto or Mark Streit up top, Sean Couturier or Michael Raffl on the wing, or even youngster Travis Konecny (assuming he makes the team) working the corners it's going to be interesting to see what head coach Dave Hakstol does this year for his second set of power play guys. What I think the Flyers need to do is have a different approach with the second unit. Possibly going with youth and speed, and a traditional two d-man setup instead of 4 forwards. Just picture what it would look like the Michael Del Zotto and Ivan Provorov on the point, and Sean Couturier, Nick Cousins and Travis Konecny up front. You would have plenty of speed, tons of puck moving ability and crafty playmaking up front that can set up some cute looking goals. If that doesn't work out, than you go back to your usual setup, and then you look to guys on the bench like Michael Raffl or Matt Read to replace a younger forward to get things going. Right now the Flyers don't have 30-goal scorers all the way up and down the lineup, but what they do have are players that have experience on the power play and know how to score goals when it matters. All you need is consistency from the first unit all season long, and the second unit to move the puck around and get the defense chasing them as much as possible and good things are going to happen for this team when they get a man-advantage this year. 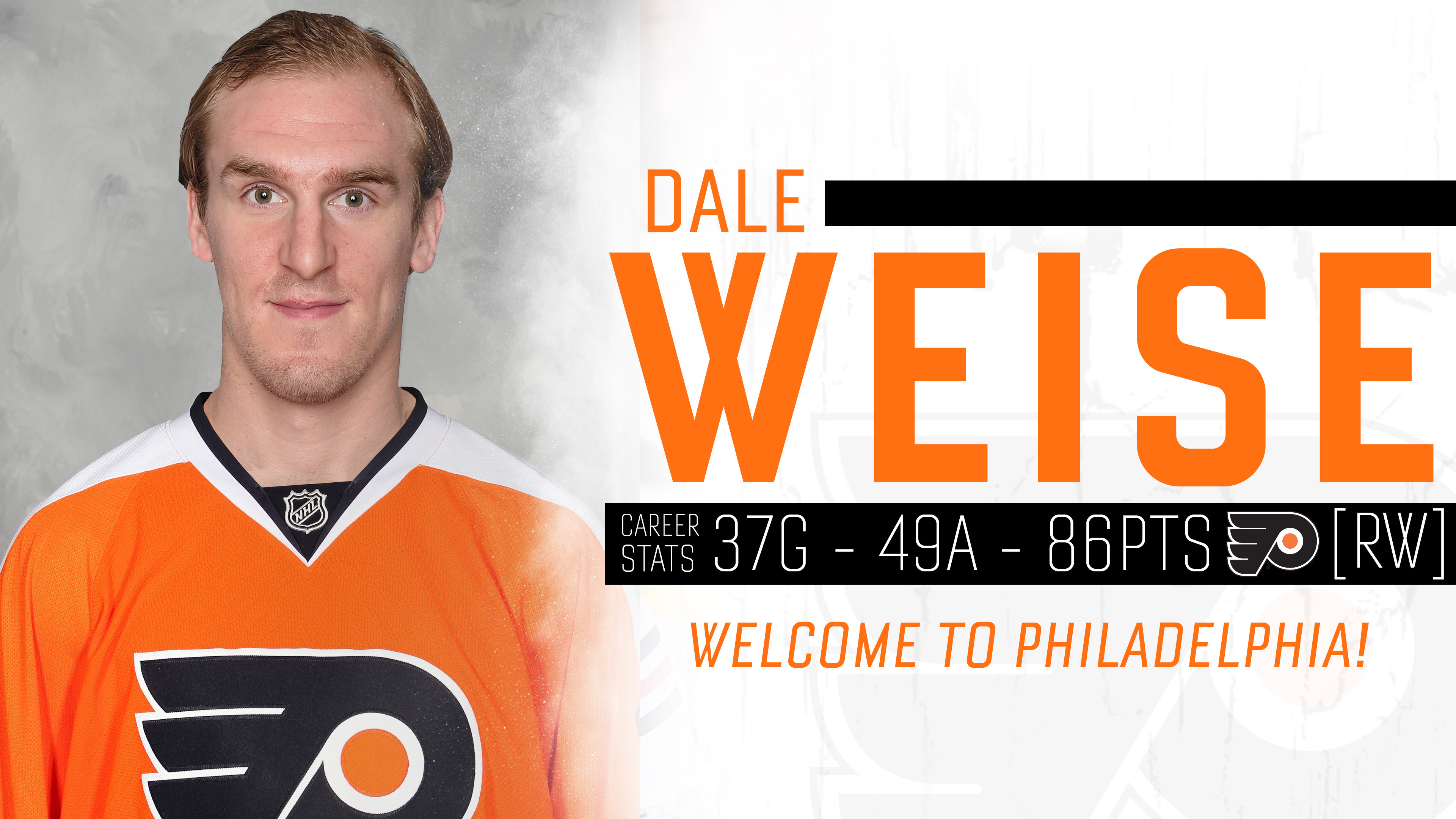 This man pictured above may be one of the most underrated free agent signings of the offseason for any team. Dale Weise bring to the table something that most players don't. He's somewhat of a journeyman, but has more experience in high-profile games than most other NHLers do. Think of Dale Weise as a more experienced replacement for Ryan White. Weise is going to be the gritty player that White was, while brining the same penalty killing ability to the team. Weise is the kind of player that's going to do whatever it takes to block shots and make sure his team isn't getting scored on when he's on the ice. In my personal opinion, you can all but guarantee that Weise is going to be one of the primary penalty killers for the Flyers. He may replace either VandeVelde (who may be in the AHL at the start of the year) or P.E. Bellmare on one of the PK units. As much as people want to know Matt Read, he's an underrated defensive player that has tons of success with Sean Couturier killing penalties off. The biggest issue I think the Flyers have had over the last few years is that they fail to pickup either the backdoor player, or the man sitting in the slot. The Flyers need to find a balance between a diamond style penalty kill, and a box style. If the Flyers stay aggressive on the ice, and force teams to move the puck at a quicker rate than their penalty kill could be very successful. Last year they did a lot of sitting back and waiting for teams to make mistakes. This year, they have to force those same mistakes. Teams like Pittsburgh, New York, Chicago, and Anaheim are all aggressive penalty killing teams and it made them successful during the year. The Flyers have options on the back end this year too, with the shot blocking ability of Nick Schultz and the smart positioning of Mark Streit. If you pair each of them with a younger defensemen on the ice, and can mix speed and positioning together than they may limit the chances of the opposing team to only a very small handful of shots on goal when the Flyers are stuck in the box. 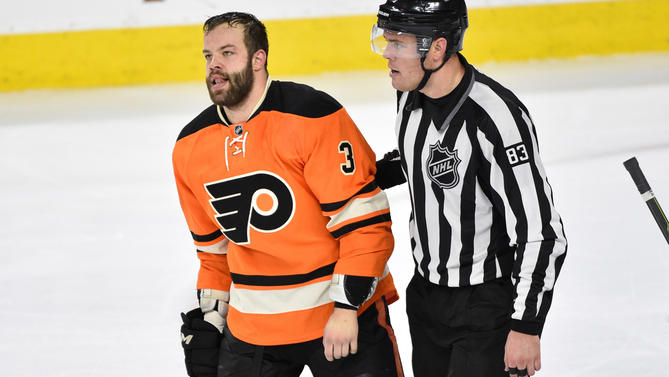 Flyers defensemen Radko Gudas being escorted to the box by an NHL linesman, courtesy of sportshub.cbsistatic.com

Taking penalties are inevitable in todays NHL, but taking dumb penalties are avoidable and that's what the Flyers need to do. Over the last 4 Flyers head coaches, the only one that had a tight string on their players in terms of discipline was Lavy. John Stevens and Craig Berube let their players run around like a bunch of goons from the 1970s, and it didn't get the team anywhere they wanted to go. While Lavy still had to deal with the antics of Dan Carcillo and Scott Hartnell, they did a lot more good than they did bad in terms of taking extra guys to the box and drawing penalties. The biggest issue that current head coach Dave Hakstol faced last season was the constant sight of seeing Radko Gudas make trips to the box. After being a healthy scratch during the middle of the year and a talk with both the coach and GM, Gudas started playing smarter and that led to more playing time and less penalty minutes. The Flyers need to stay discipline and be smart and they shouldn't have to worry about killing off unnecessary penalties during the year.

My prediction for the Flyers: They will be in the top-10 for power play %, top-15 for their penalty killing rate, and top-15 in penalty minutes during the regular season.

YA WIN SOME, YA LOSE SOME