Isaiah Thomas, Not Westbrook, Is the Real 2017 MVP

Please note, this is not a manufactured hot take. I’m very aware how exciting of a player and how great of a season that the Oklahoma City Thunder’s Russell Westbrook had this past season. To average a triple double is nothing short of a fantastic feat as there’s been only one other player in league history to accomplish the milestone.

Russell Westbrook was the popular choice for MVP. How could he not be? The departure of Kevin Durant from Oklahoma City overwhelmingly strengthened the support for Westbrook amongst NBA fans across the world labeling Westbrook as being “loyal” and “devoted” while at the same time coming to the defense of Westbrook against Durant referring to KD as “cupcake” and “soft” and “snake” just to name a few. In fact, all year long the media made their campaign of the MVP race known as the national commercials and talk shows revolved around “Who is the MVP: Westbrook or Harden?”

I also understand that without Russell Westbrook, there is no way in hell the Thunder make the playoffs (let alone be a sixth seed) without Westbrook, which you could also make the case for a few other players in the league. Russell Westbrook is the MVP of the Oklahoma City Thunder. When we’re talking about the Most Valuable Player throughout the League, that title, in my humble opinion of course, belongs to Isaiah Thomas of the Boston Celtics.

Looking at the facts at hand in comparing Isaiah Thomas to Russell Westbrook this season:

Isaiah Thomas and Russell Westbrook both led their teams in scoring as the primary offensive threat on their teams. Thomas finished third in scoring while Westbrook led the league in that category.

Neither Thomas or Westbrook had much help offensively from their supporting cast. The second best players (offensively speaking) for OKC (Victor Oladipo) and Boston (Al Horford) both had what would be considered down years compared to their standards and expectations of the teams when they signed/traded for them this past offseason.

The last time an MVP was on a team that finished worse than the 2nd seed in their respective conference was Michael Jordan in 1988 for the third seeded Bulls.

The year that Oscar Robertson averaged a triple double, it was Bill Russell who ultimately won the MVP award after leading Boston to the number one seed. What makes the circumstances different now?

And you can save the “Take Westbrook off the Thunder and what do you have” argument. As previously mentioned you can make that case for a few other players in the league as well. You take both Westbrook and Thomas off their teams and they're both in the draft lottery.

A few months ago, on the Mediokr At Best Podcast, I made the argument for Thomas being the midseason MVP and I stand by that argument today.

For more sports talk and to stay up to date with the latest content you can check out/subscribe to the Mediokr At Best Podcast on Youtube and iTunes. 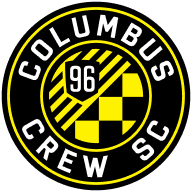 Truth is Truth and that's what you'll get here.

More Articles by Realistic Randy in Mediokr At Best

Other Posts About Russell Westbrook