Nomadic Sporting Thought #1: Why not more refs in soccer?

I enjoy futbol (begrudgingly also called soccer) quite a lot. It was my first love as a kid when it came to the sporting world, one that there's days where if I stay up just a little bit too long at night I catch myself thinking "fuck it I can still make it, somehow". The sports fan in us might not agree on the sport, but I know you also have a specific sport in mind which you can relay that thought process towards.

I love so much about the game: The World Cups, EURO/CONCACAF(amongst others) national tournaments, Champions/Europa League, the list goes on. This year my English team, Leeds United, became Champions of the second tier in English soccer and gain automatic promotion to the Premier League, a 16-year hiatus that was only possible thanks to the genius of one Marcelo Bielsa. It's a fun game, if you can't get the enthusiasm behind my words.

But as all fans of sports, I have thought's on how to make the game better. Heck, better might not be the right word, I just feel like I have a few thoughts that seems really, really, simple to implement.

VAR (Video Assisted Referee) was introduced into the Premier League for the start of the 2019/2020 season. The idea of it was that in case there was some sort of controversy, the Big Brother off the pitch can help out and make the right call. Ask any, if not most, fans of Premier League clubs and they'll tell you a myriad of things, but boil it down and you'll find that VAR has produced more stress and uncertainty (think of the eye roll your misses gives you when you give her a below-par reason as to why you had to go out with your mates) than anything else.

Living in America, most soccer games, at least for me, usually happen during times where I'm doing just about anything else other than being able to watch a match, so regularly I miss them. Not that I have much choice in what league I can watch anyway, with streaming rights and what not, but I'm able to catch what I can on ESPN+ or extended highlights on Youtube. Anyway, I've come up with an idea that I feel is so dead obvious that I'm surprised it hasn't happened yet.

Why not have two refs on the pitch?

Put yourself in the shoes of the one ref that controls the ground when you blow the whistle. Once you blow it, there's gonna be players on both teams that run to you like sheep come towards a shepard when he plays his fujara. That's a Slovak reference if you aren't familiar. Anywho, as a ref you gotta be on your game at all times AND run the distance of pitch. For 90+ minutes. I know there's a certain pride in being the police of the football field, but mistakes are bound to happen. At the end of the day, that ref is still an alpha chimp like the other 22 alpha chimps on the field.

Now, VAR was supposed to be that second ref to help out, but clearly, there's work to be done. Which is why I don't see how it would kill anyone nor anything about the glorious game if there was two main refs on the pitch, each having their own half to monitor. This would significantly lower the work and stress load on the one ref, as well as giving referees' more power in a sense. I believe calls would be more accurate if ref A was in charge of everything in one half and forgets about having to call anything in the other half, which is managed by another ref. Aye, it might not even be a bad idea if the linesmen were multiplied too, no? With less time having to worry about the fact that you have to sprint from one end of the field and back, and more time spent on being able to accurately judge if there was an offside or not, there may not even be a need for VAR. It's a luxury to have and I do think it's a good idea to have some sort of instant replay system as a backup, but not a reliance. Clearly this season has shown the flaws of that.

So a grand total of 6 refs. Two "central" refs to command their own halves, each having two side judges that help them officiate little things like offsides, flops, etc., and I believe the game flows a lot more organically.

How you feel? Lemme know. Peace 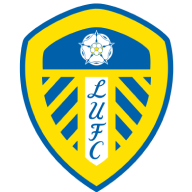 Every post is a hill I will die on, but where are the hills?

Other Posts About Leeds United