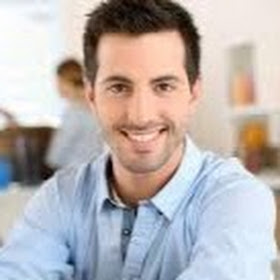 The NBA Finals between the Cleveland Cavaliers and the Golden State Warriors will mark the history of the best basketball in the world, since 1947 the NBA finals have been played and the two teams never fought in three consecutive finals.

Currently Warriors are -7½ point favorites against Cavaliers and the total is set at 224½ . Click here to bet on this game and receive a 50% Bonus.

Since that year, 12 different teams have played the NBA scepter in consecutive years, in most cases, a sample of how competitive this sport has been over the years in the United States.

Other rivalries recalled were Los Angeles Lakers against the New York Knicks, who played three finals in four years between 1970 and 1973; The Lakers themselves had a memorable rivalry with the Detroit Pistons in the 1988 and 1989 finals, but the Los Angeles did not reach the 1990 level.

Later, Michael Jordan and Karl Malone carried out a pulse in the finals of 1997 and 1998, but neither of them arrived at the one of the following year.

The last time two teams played consecutive finals was in 2013 and 2014 between the San Antonio Spurs and the Miami Heat, with one win per side.

Known faces This third showdown will have 13 players from the two previous finals, seven of the Cavaliers and six of the Warriors.

The champions are led by the best player of the NBA, LeBron James, followed by James Jones, Kevin Love, Iman Shumpert, JR Smith and Tristan Thompson; Who already know what it is to beat the Warriors and fall before them.

One of the great advantages that have had the Cavaliers is that their title quintet last year is maintained for this final.

On the opposing side, the Warriors have six players on the current roster who have already been in the two finals against the Cavaliers. They are Stephen Curry, Draymond Green, Andre Iguodala, Shaun Livingston, James Michael and Klay Thompson.

The Warriors have a small variant in their star formation over last year, with the inclusion of Kevin Durant, who will return to see LeBron James in a final after the lost in 2012 when he played for Oklahoma City Thunder and The King did it with the Miami Heat.

Better numbers. These two teams have surpassed year after year, to reach this third final that could be the most couple of the trilogy.

In 2015 and 2016, the Cavaliers came in with 12 win and two postseason losses, but for this year they only fell in a game of the series against the Boston Celtics to finish 12-1.

The Cavaliers are coming to pass over the Indiana Pacers, Toronto Raptors and Boston Celtics.

For their part, the Warriors were 12-3 in 2015, 12-6 last year and this season are the first team in NBA history to start with 12-0 in the postseason, sweeping the Portland Trail Blazers , Utah Jazz and San Antonio Spurs.

Stable technics. One of the great advantages of both teams has been stability on the bench, as it will be the third time to be seen by Warriors coach Steve Kerr and Cavaliers quarterback Tyronn Lue.

While it is true in the first of the finals Lue was an assistant to David Blatt, he already knows the weaving and handling of the current NBA champions.

Lue arrives at this final at the age of 40, after a career that took him seven teams in 11 years and where he had his best passages with Los Angeles Lakers, where he was champion in 2000 and 2001.

As coach he was assistant in Los Angeles Clippers, Boston Celtics and Cleveland Cavaliers.

On the other hand, Steve Kerr's professional career was 15 years, where he played with seven teams, but is remembered for being one of the men of trust of Phill Jackson in the Chicago Bulls of Michael Jordan, where he won three titles ; Then win two more with the San Antonio Spurs.

Kerr has had limitations to be on the Warriors bench because of a back problem, which already affected him last year when he missed 43 regular-season games. Still, his team won 39 of those. In this postseason has lost all 12 games.

The first two games of the series will be at the Oracle Arena, home of the Warriors and the next two at the Quicken Loans Arena in Cleveland. In case more games are needed one would be in Oakland, the other in Cleveland and an eventual seventh game in the house of the Western monarchs.

Want to bet on this game? Click here now!

Sports betting fan helping others to find the best sportsbook online for them...if you are in the US, you should check BestOnlineSportsbooks.info.

Get the top online betting sports predictions to maximize your sports excitement. All the sports to bet and game predictions reviewed in one place.

Can any team surprise at the restart of the sea…