Hunter Renfroe - One of San Diego's Keys to a Successful 2017

The San Diego Padres are now the big horse in town following the departure of the San Diego Chargers last week and have to find some way to keep fans engaged in the team. The news of Wil Myers signing a 6-year, $80 million dollar extension is a step in the right direction as is the inclusion of rightfielder, Hunter Renfroe, who is expected to have a monster year in 2017.

Renfroe, who is getting ready to turn 25 later this month, was drafted in the 1st round of the 2013 Amateur Draft by the Padres as the 13th overall pick. He received a call up to the major leagues at the end of September last year and immediately had success.

Back track to his minor league days and you can see why the former Mississippi State University student is poised for greatness in 2017 and beyond. During his 4 seasons in the minor leagues with the Padres, Renfroe hit: .281/.330/.494 in 1,716 at bats. In that time, he recorded 482 hits, 108 doubles, 13 triples, 77 home runs, 283 RBI, 23 stolen bases, 121 walks, and 430 strikeouts. His strikeout rate is certainly high, but considering that he hit 30 home runs and 105 RBI alone last year with Triple-A El Paso, he is only beginning to reach his prime.

In regards to the future, scouts believe that Renfroe will play a prominent role out in rightfield for the Padres and compliment Manuel Margot, who could end up breaking camp and nudging current centerfielder, Travis Jankowski, into leftfield. Furthermore, scouts note that Renfroe has an incredible throwing arm and one that puts him at an advantage over the competition. In fact, last season alone in Triple-A, Renfroe made 17 assists, which tied him for second in the Pacific Coast League, behind his counterpart, Manuel Margot.

Prior to last season, many scouts made it known that Renfroe had to work on his defensive skills and catch up to speed with making the correct plays over in rightfield. They note that after working hard on improving in those areas last winter, Renfroe has made the necessary adjustments and will provide San Diego, at the very least, an everyday defensive plus outfielder even if he struggles to hit at certain times.

While things have certainly been merky for the Padres dating back to the 2014 offseason, when AJ Preller & Company completed a massive overhaul of the team, the future is looking bright thanks to players like Hunter Renfroe, Manuel Margot, and the aforementioned, Wil Myers. Now, things need to come together and the front office needs to dedicate as many resources as possible towards putting the best team on the field in an effort to win now especially since the Padres are the only team left in The Plymouth of the West. 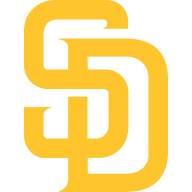 Insight, opinion, and debate regarding the latest baseball news and rumors.

NL West Poised to Be the Most Competitive in 20…

Where are the Reds Really at Heading into 2017?

Other Posts About San Diego Padres

Titans: A.J. Brown is well and truly pursuing a…

Why the Padres Season was a Failure