How Will Buffalo Cope Without Jack Eichel?

It's finally here. The 2016-17 Buffalo Sabres regular season opener. Home opener. The start of the season that arguably could result in the teams' first playoff appearance in years. And then, there was yesterday. Jack Eichel. The superstar and fan morale savior in the making, being helped off the ice with a high ankle sprain. Almost half of the blue and gold faithful that polled on WGR550's site clicked on the "I'm in mourning. I feel like the season is over before it started" option of the poll.

Are you kidding me?

It goes one game at a time. Play one, win one. Go 1-0. All the Sabres have to do is hang around .500 until Jack gets back, probably somewhere around 20 games in. Obviously they will not go 20-0 without him, they wouldn't have with him. They also will not be 0-20 without Jack Eichel. The team is much more than one player. He happens to be the most exciting player on the team, and the most offensively gifted. The question of "who is going to step up and replace Jack Eichel?" is something I have heard 15 times in the past 24 hours. Not Ryan O'Reilly. Not Sam Reinhart. Not Tyler Ennis. Not Zemgus Girgensons. Not Alex Nylander. The answer is EVERYBODY. You cannot absorb a loss to your lineup in stride without every single player giving just a little bit more. Not trying to be Jack Eichel. But to up the compete level for their own game. Sam Reinhart has to give 105% of Sam Reinhart's game. Ryan O'Reilly will have to give 105% of Ryan O'Reilly's game. It's just that simple. When the coach calls your number, you hop over the boards and give a little more of yourself. This will assuredly increase ice time for a few guys. Great. Here's your chance. Answer the damn bell.

8-10-2 would be understandable. It would give 18 points in 20 games, and lend itself to the possibility of making a post season push in the 2nd half of the season.

Going 11-7-2 would be a perfect example of what a team that plays a true team game can accomplish without their best offensive player. Then you could imagine how good the team would be with the added offense once Eichel does make it back, and takes the pressure off of him to come back too soon, and risk re-aggravating the injury. How horrible would that be? Rush back to help a struggling team because you feel that your own injury is the cause of the hardship, just to come back and get helped off the ice again and miss the rest of the season.

Final message to Jack Eichel - Get better kid, can't wait to see you back.

Final message to the rest of the Buffalo Sabres - Get your asses to work. Don't take a shift off. 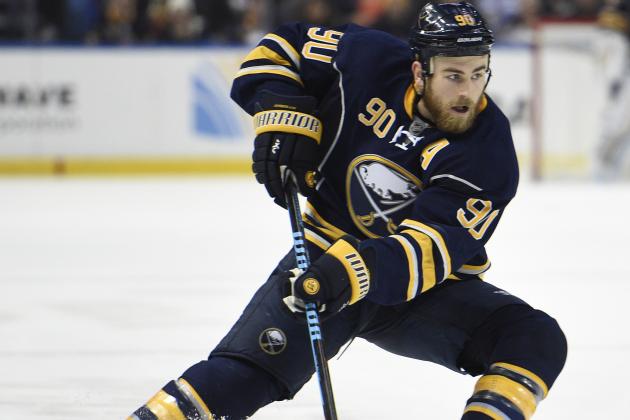