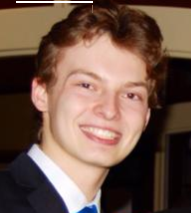 My thoughts and prayers go out to Gordon Hayward and his family, teammates, and the Boston Celtics organization. A fractured left tibia will likely sideline him for most, if not all, of the 2017-18 NBA season. As mentioned by ESPN's Frank Isola, this injury reminds us of Paul George's injury with Team USA. Hayward has a chance to still play this season if his rehabilitation goes swimmingly, but his injury opens the door for other teams to compete to beat Golden State. In the wake of this tragedy, I chose not to write about the Celtics uphill battle to compete with the Cavaliers in the East. It is a topic that will receive enough journalistic attention. Rather, my focus shifts to the other story from the NBA's first slate of Tuesday night games. How will the Houston Rockets manage both Chris Paul and James Harden's style of play?

Both CP3 and Harden dominate the ball on offense. We saw Tuesday night against the defending champs that this is, and will remain, the trend throughout the season. During one possession, Harden isolated himself on Stephen Curry, put a flurry of moves on him that erased roughly 8 seconds off the shot-clock, and ended up spinning to the basket for the bucket. It seems the Rockets are going to play the same type of basketball they did last season; they will have Harden run the show and CP3 will be a secondary ball-handler. Both will look to dish to 3-point shooters if they can't get their shot. Trevor Ariza and Ryan Anderson will once again be the beneficiaries of Mike D'Antoni's offense.

CP3 sat during the final few minutes of the first game. It was later discovered that CP3 has been battling a left knee injury, but is this not a sign of things to come? Keep in mind CP3's style of play and age. He is now 32 years old, and even during the peak of his career he enjoyed a slower tempo on offense than what the Rockets like to run. In New Orleans, Paul would orchestrate the offense and look to dish to David West when he didn't find his shot. In LA, Paul would primarily look to develop the post-game with Black Griffin and pass to J.J Redick for open threes whenever coach Doc Rivers called a set play. The Rockets run a "James Harden and the three-point brigade" offense, and Paul will need to be the one to adjust to it. No way does Harden sacrifice his game to appease CP3.

Two things to keep an eye on for the Rockets this season are CP3's minutes, especially late in games, and their tempo plus the number of shots they put up in wins versus loses. In Tuesday night's opener, the Rockets were outplayed by the Warriors in almost every category, but they out-shot them by seventeen. This is expected with the volume of shots Harden, Paul, Ariza, and Anderson jack-up from 3-point-land, and it will be the decisive stat to follow after every Rockets game. If the Rockets out-shoot their opponents by seventeen a night, they will put themselves near the top of the Western Conference standings without any trouble.

Chris Paul is entering the twilight of his career and has begun his desperation ring chase. Look for Paul to understand his role as Harden's sidekick as this season progresses, allowing Harden to be the primary ball-handler in pressure situations. Depending on the game flow and each players' individual performance that night, one or the other could be on the court to start the 4th with that trend continuing into the last few minutes of the game. Paul and Harden could play together late in games, but Paul would then man the role of facilitator to Harden and shooters.

The Rockets will be an interesting team to watch this season. Despite OKC's splashy moves, many are saying the Rockets still pose the biggest threat to the Warriors because their team is similar in playing style. Where they vastly differ from the Warriors is on the defensive end. Look for P.J. Tucker to be an impact defender off the bench and guard other team's top SGs/SFs late in games. If they can defend better this season, the Rockets have the chance to make it far into the playoffs once again. We could be on pace to see another Rockets-Warriors Western Conference Finals. Last time the Rockets were just lucky to be in a conference finals. This time, they will be ready to give the Warriors everything they got.

If you ain't first, you're last. -Chris Paul

Keeping up with current sports stories to convey the importance of sports to the casual fan, as well as the seasoned veteran.

Everything Baltimore Ravens and NFL football in general.

Where Do The Rockets Go From Here?