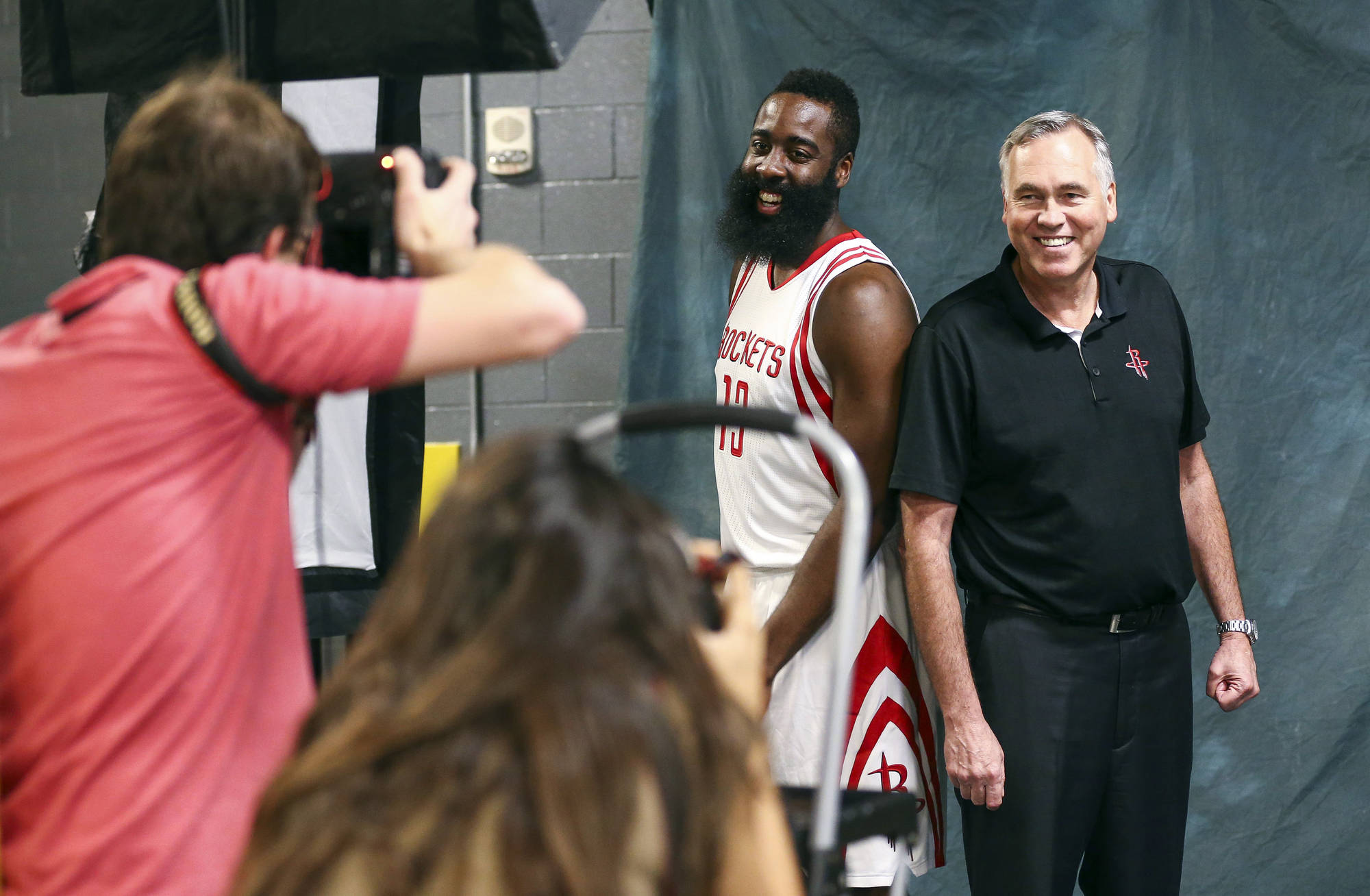 It's amazing the difference that two years make. After attaining the second best record in a crowded Western Conference playoff in 2014, the Houston Rockets pulled off a miraculous comeback in the conference semifinals to show they earned the second seed to draw a matchup with the Golden State Warriors with the Rockets losing in five games. The roster had little overturn going into the next season with the only addition of PG Ty Lawson and everything was supposed to go smoothly and produce similar if not better results. But as it goes in sports, if it should happen, it probably won't.

The Rockets had a major collapse to begin the season which ended up in the firing of head coach Kevin Mchale, to be replaced by Interim head coach J.B. Bickerstaff. The rest of the season was predictably an up-and-down roller coaster the rest of the season and resulted in the eighth overall seed at a record of 41-41 ironically in a matchup with the Golden State Warriors also losing in five games. 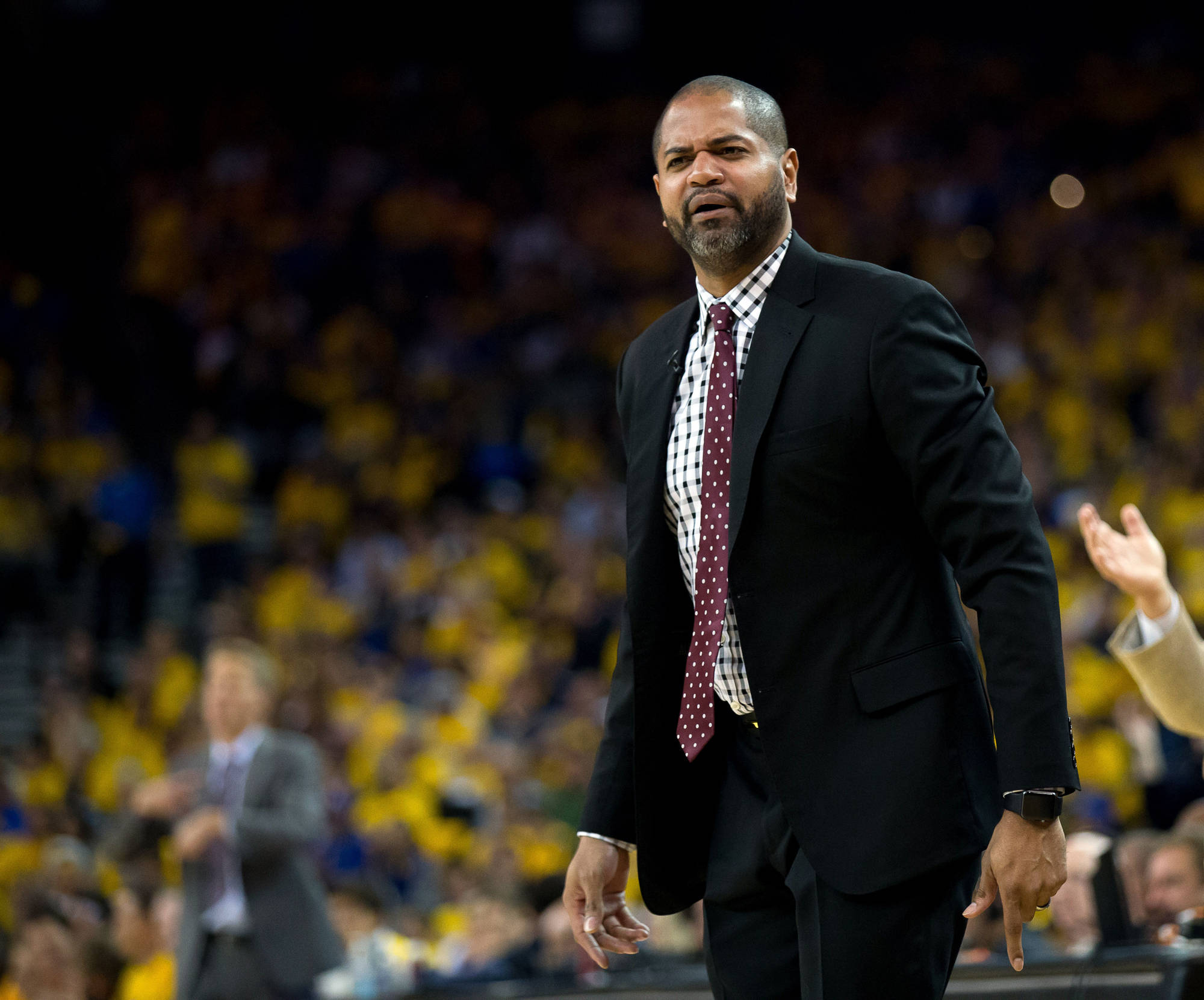 The disappointing 2015 season resulted in a semi-rebuild with the hiring of new head coach Mike D'antoni and veteran free agents Ryan Anderson, Eric Gordon, Nene, and Pablo Prigioni. Among those leaving the team Terrence Jones and Donatas Motiejunas (though he may rejoin the team) as more shooting production was longed for. 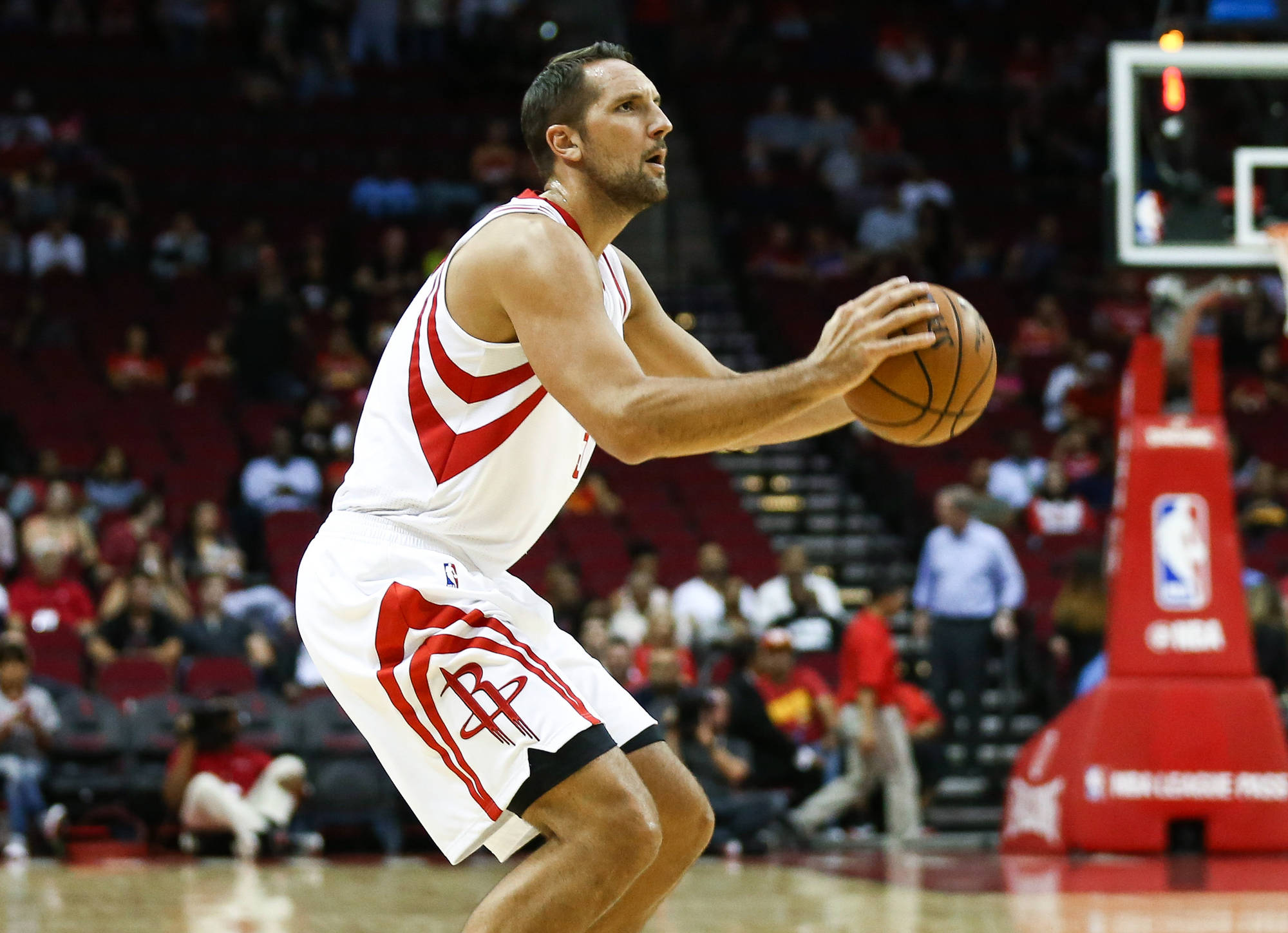 The largest departure was C Dwight Howard who many may see as a situation of addition by subtraction. It was reported throughout the 2015 season that there was tension on and off the court between Harden and Howard, though neither would speak publically on the issue. Howard has had previous experiences with D'antoni as he was apart of the experiment of a superteam with the Lakers in 2012. Howard was clearly uncomfortable in the D'antoni system there as he wanted to be a low-post scorer. It was a no-brainer that Howard returned to his hometown Atlanta Hawks and that may result positively for all parties. 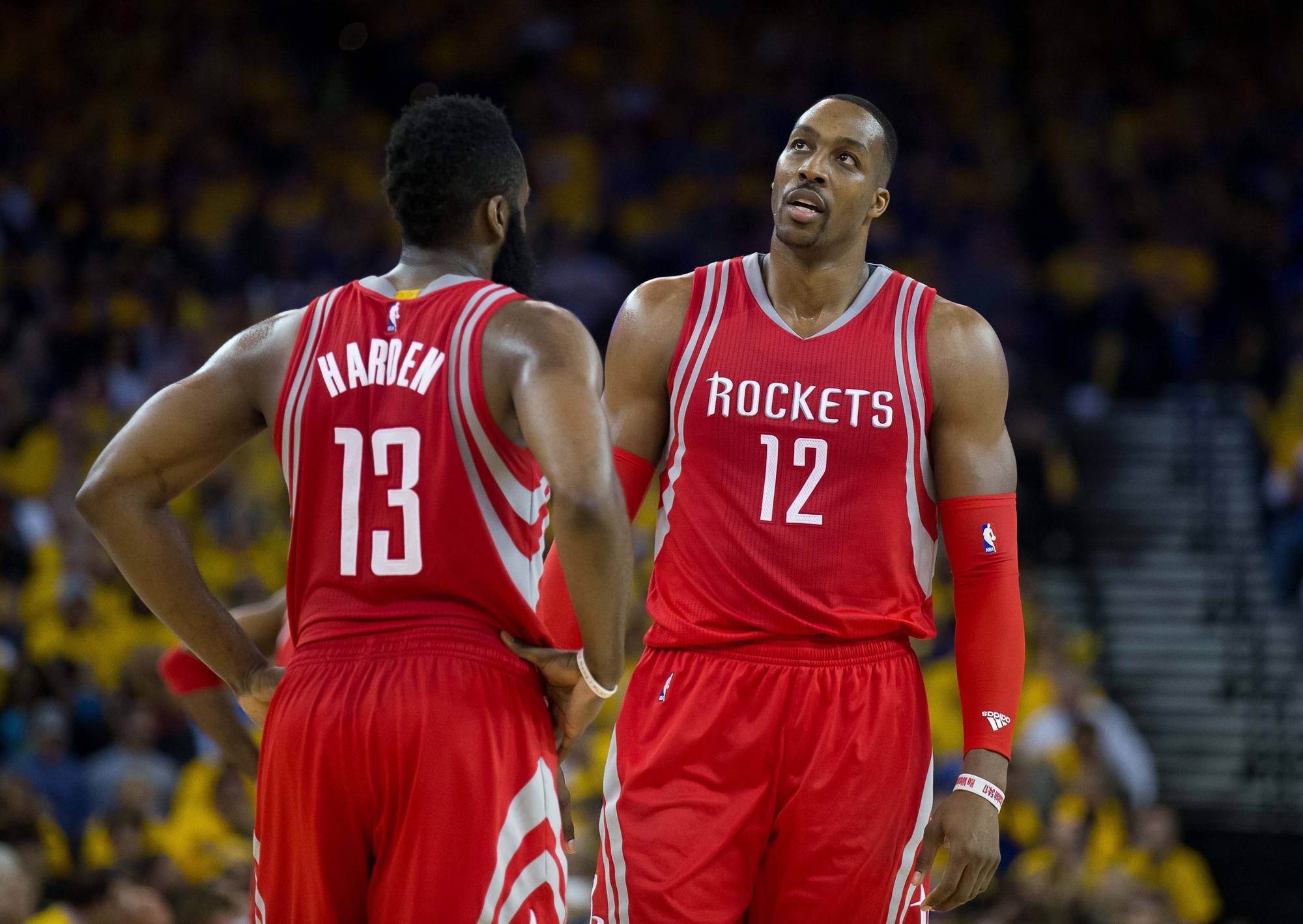 Throughout the offseason, analysts had been comparing Harden to Steve Nash, who under D'antoni, flourished. Harden even came out and said that he believes he has the ability to produce similarly to Nash. Coach D'antoni is going to put those comparisons to the test after he announced prior to the start of training camp that Harden will be  making the position change to the point guard spot. Around the league, many goff at the idea of Harden being the next Steve Nash, but everyone in the Houston trust and believe it could be done.

The addition that is going to be the most interesting is combo guard Eric Gordon. Throughout his career, Gordon has played both positions at a high level. This is obviously a good problem for Houston to have, but it makes for an interesting roster combination. Gordon has the ability play with both the bench and the starters while playing either point or shooting guard. It is yet to be determined if he or Patrick Beverly will be in the starting lineup, but Gordon is expected to serve starting like minutes. 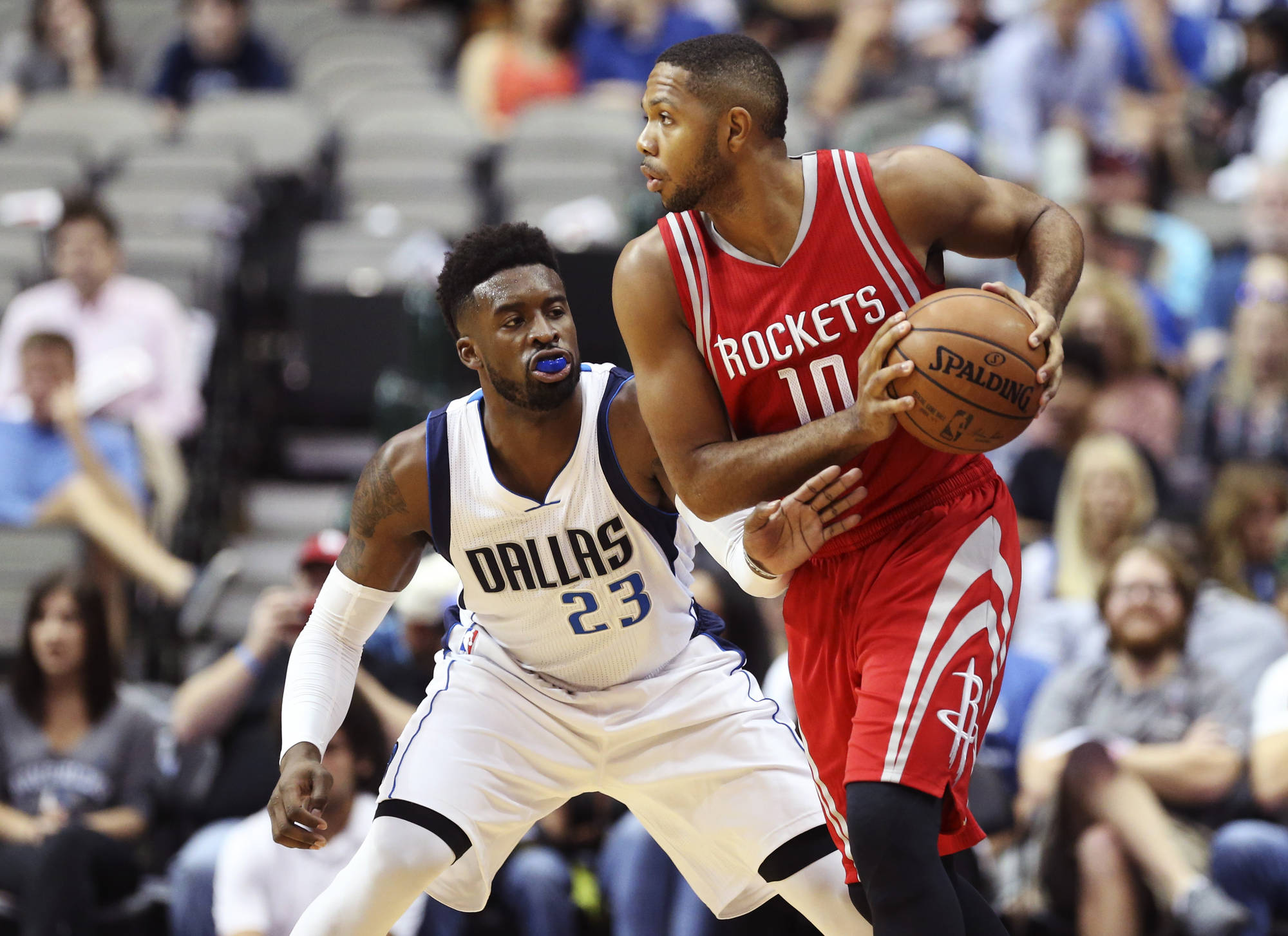 Looking ahead to the upcoming season, the Rockets have a much more offensively balanced roster. Outside of Capela, all of the starting roster has above-average shooting ability which will Help Harden not rely on himself for production. The entire Rockets roster is committed to getting stronger on the defensive end, but actions are going to speak louder than words. The projected starting line up looking as follows: 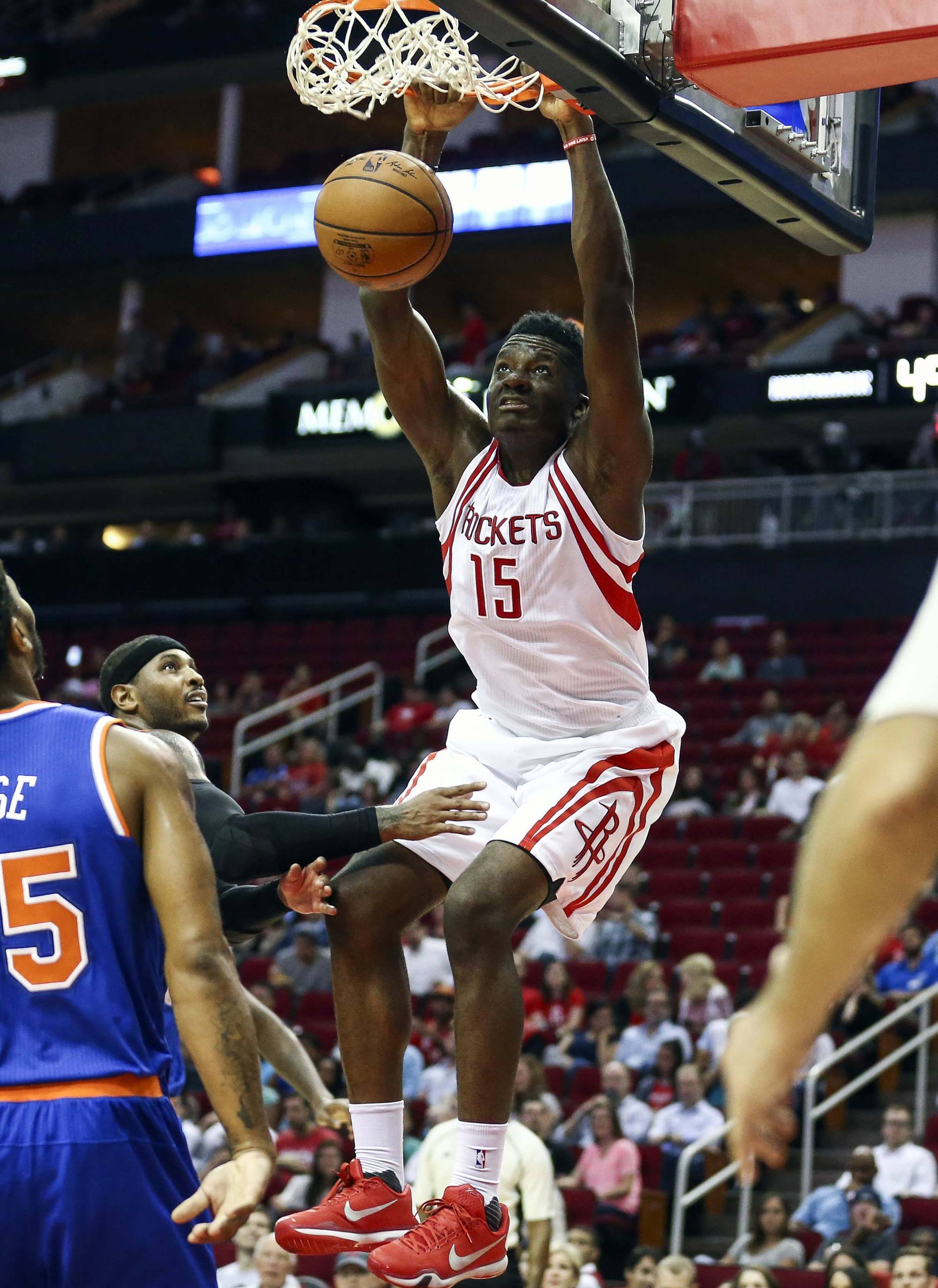 The bench attains a lot of explosiveness and defensive skills and will feature  and highlights the following: 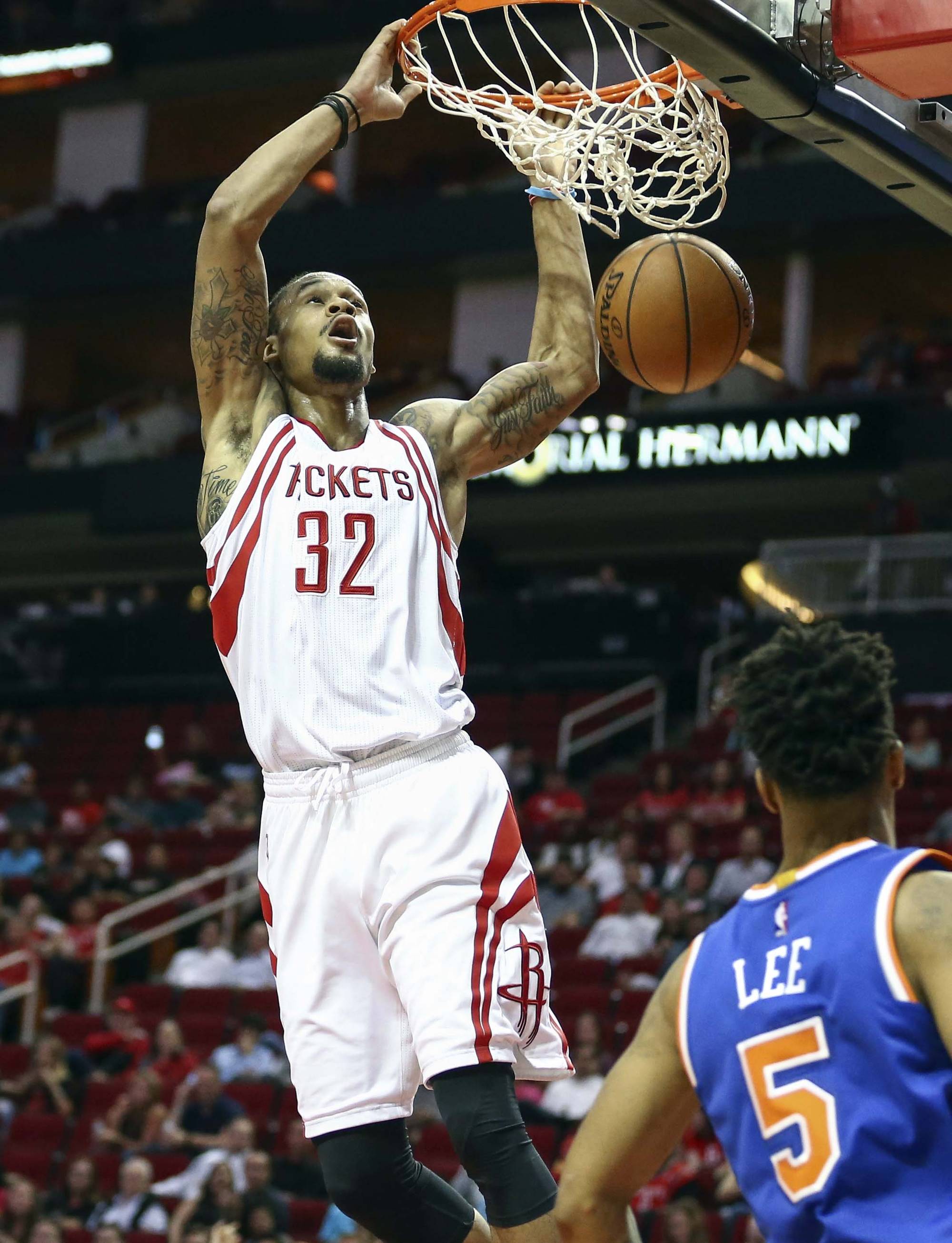 Most Rockets fans have their fingers crossed as there is always tons of competition in the Western Conference. We all know about the Golden State Warriors, but many others teams are going to be better or even just remain a threat. Dallas, Portland, and Minnesota should all be better, while San Antonio, Los Angeles (Clippers), and Oklahoma City will all be threats for the higher seeds. Who knows how the season is going to play out, as the Rockets should be in a position to be buyers at the trade deadline, anything could happen.

Other Posts About Houston Rockets