Game of the Month: GW Warriors vs. OKC Thunder - Nov 22nd on ESPN 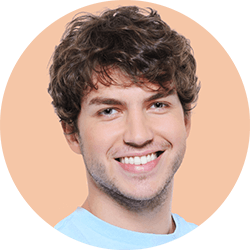 After losing the 2016 NBA Finals, Golden State went out and again redefined our previous paradigm of NBA “superteams,” by signing All-Star Kevin Durant to a team that already that three home-grown All-Star players, and was just weeks removed from finishing the regular season with an NBA-record 73 wins.

As we all know, Durant and the Warriors returned to the NBA Finals, and rolled through LeBron James and the Cleveland Cavaliers, giving them their second NBA championship in three years.

But little did they know that one of the byproducts of winning the championship would be setting off an NBA “arms race” the following summer, the likes of which the league had never seen before.

Even though nobody really saw him coming, or thought his team had the ammunition to pull it off, General Manager Sam Presti of the Oklahoma City Thunder understood this new landscape. After trading away James Harden and Serge Ibaka in years past, and then losing Durant to the Warriors via free agency, he knew that even with the reigning league MVP in Russell Westbrook, the Thunder simply couldn't compete with the upper echelon of NBA teams.

So Presti went out and shocked the rest of the NBA by pouncing on the opportunity to add both Paul George and Carmelo Anthony with the assets at his disposal. And he did so with one thing in mind: giving his team the star-power and firepower it needed to beat the Warriors.

Presti and the Thunder will get their first chance to see just how much they’ve closed the gap between themselves and Golden State next Wednesday (November 22nd), when the Warriors visit Chesapeake Energy Arena and take on the new-look Thunder for the first time.

Don't let the Thunder’s 7-7 record fool you into thinking the Warriors – with an 11-3 record that’s the best in the Western Conference – are going to roll right through them, like they do against most other teams. “Superteams” make for great conversation fodder, but they take time to really come together; they’re closer to chemistry experiments, as opposed to linear equations.

But we've seen plenty of glimpses of what the Thunder could be, at their best. Anthony started off the season scoring 22.9 points per game through the end of October. George has averaged 24.1 points per game in the month of November, with back-to-back games of 42 and 37 points scored. And no player in the NBA who has set up at least 200 shots for teammates this season has done so at a higher rate than Westbrook.

As far as the Golden State Warriors, there's not much to say, which hasn't already been said. The fact that they have the best record in the Western Conference is pretty much part for the course. So is the fact that they're scoring 119.6 points per game, which is over eight points greater than the offensive output of the second highest scoring team in the NBA (the Toronto Raptors, at 111.4 points per game).

Regardless, the Warriors know that the Thunder are presently built to try and take what they have, so expect their best effort against Oklahoma City, regardless of what the records may be. There’s still no love lost between Durant and Westbrook. And Anthony and George are well aware that this year might be their best chance to win an NBA title, before it’s all over.

It should be one heck of a game, come Wednesday evening. Fans in the US should check out ESPN’s live broadcast at 8:00pm ET; fans outside North America may want to consider a ESPN VPN to bypass geographical restrictions.

Techie by trade, NBA fan by passion (Go Lakers! #Lonzoball), I hope to help NBA fans figure out where to catch the top games and provide my take on it!

Techie by trade, NBA fan by passion (Go Lakers! #Lonzoball), I hope to help NBA fans figure out where to catch the top games and provide my take on it!

3 Questions to Answer in the Warriors vs Cavs C…

The Trailblazers Send OKC Home On a 37-Foot Thr…

What if the Thunder miss the playoffs?