WASHINGTON D.C. -- On a night where Kevin Durant exited early in the first quarter, the Golden State Warriors' role players stepped up. The Warriors trailed the Wizards by 19 at one point, but the solid play of their veterans kept them in the game. The Warriors seemed to be a bit shell shocked after losing their superstar forward in the first minute of the ball game, but their veterans steadied the ship in another shaky shooting night for Golden State. Shaun Livingston, David West, and Andre Iguodala provided key minutes off the bench for the Warriors. West served as a bruiser down low for the Dubs in what was a very physical game. Iguodala's calming presence sured up the Warrior offense early in the game after Durant went down. In 23 minutes, Livingston scored 14 points on 5-7 shooting. The backup point guard also played big around the rim defensively, coming up with two huge blocks down the stretch. At 6'7'', Livingston's length proved to be extremely effective at the point guard spot yet again. He continues to be a mismatch with smaller guards, backing down and shooting over them with ease. 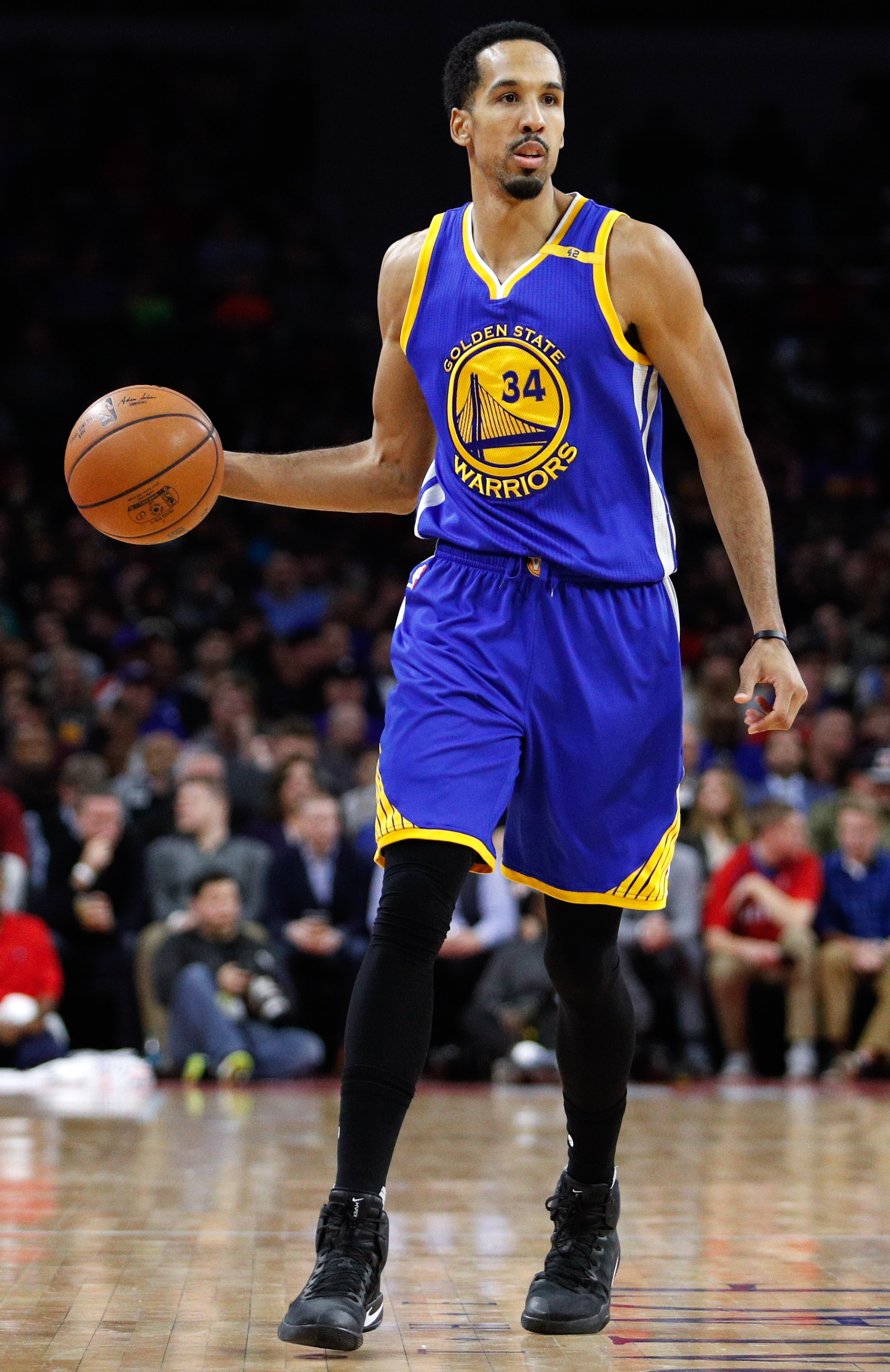 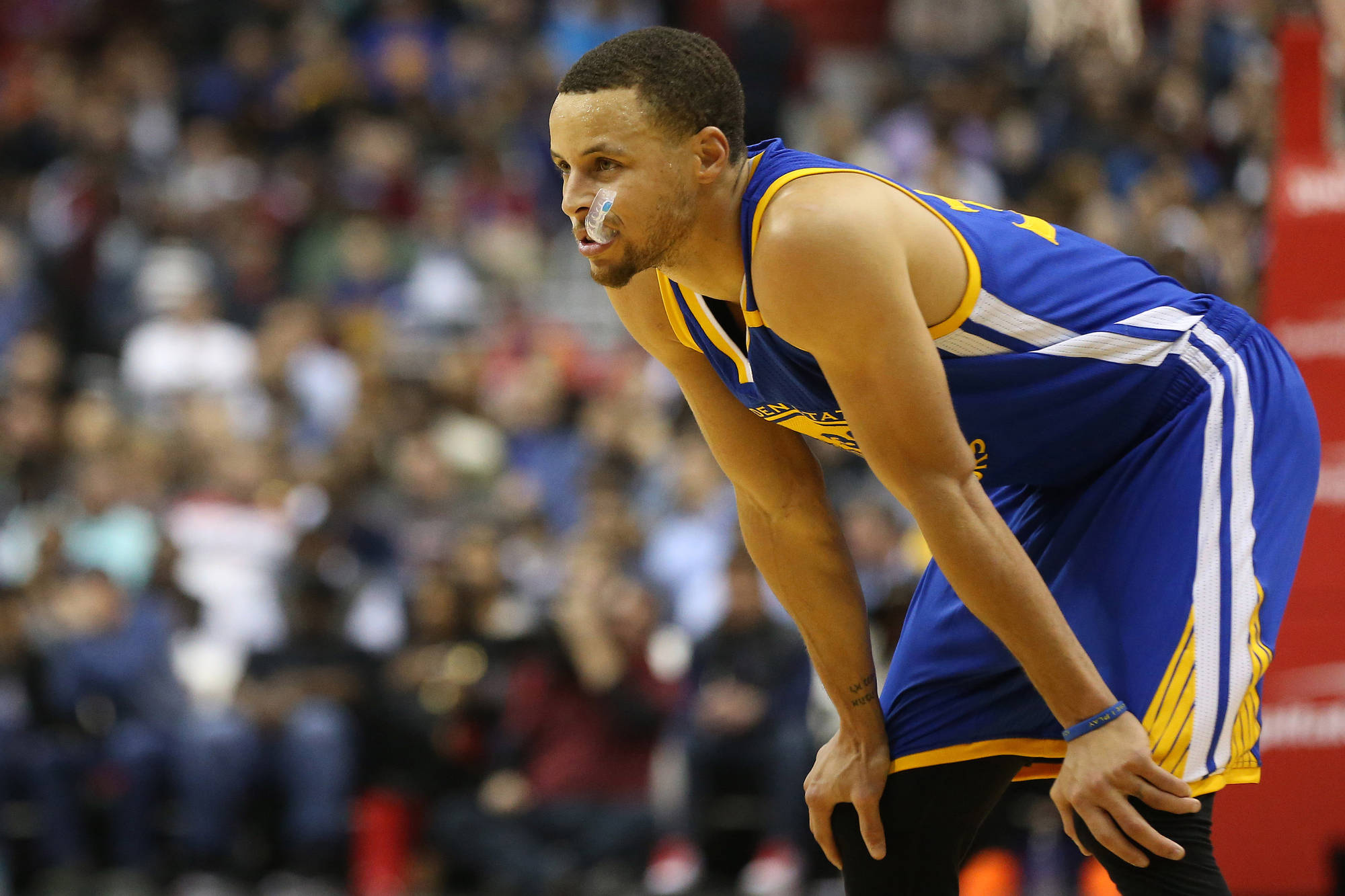 The Splash Brothers had another uncharacteristically poor shooting night, combining for just 14-of-40 from the floor, including 5-of-22 from deep. After going 0-11 from downtown in last night's contest against the 76ers, Steph Curry had another rough night shooting the ball. Although he didn't shoot particularly well, the two-time MVP played well around the rim and finished with 25 points. Klay Thompson scored early in the contest, but faded quickly down the stretch. The beginning of the Warriors' east coast road trip has not treated their All Star guards well. They will look to bounce back when the Dubs face off against the Chicago Bulls on Thursday. Draymond Green was excellent yet again, finishing with 14 points, 8 rebounds, and 14 assists. Green hit two clutch threes late in the game to keep the Dubs' comeback hopes alive. He also continued to add to his Defensive Player of the Year campaign with his stellar play down low. Green had one key block and two steals. 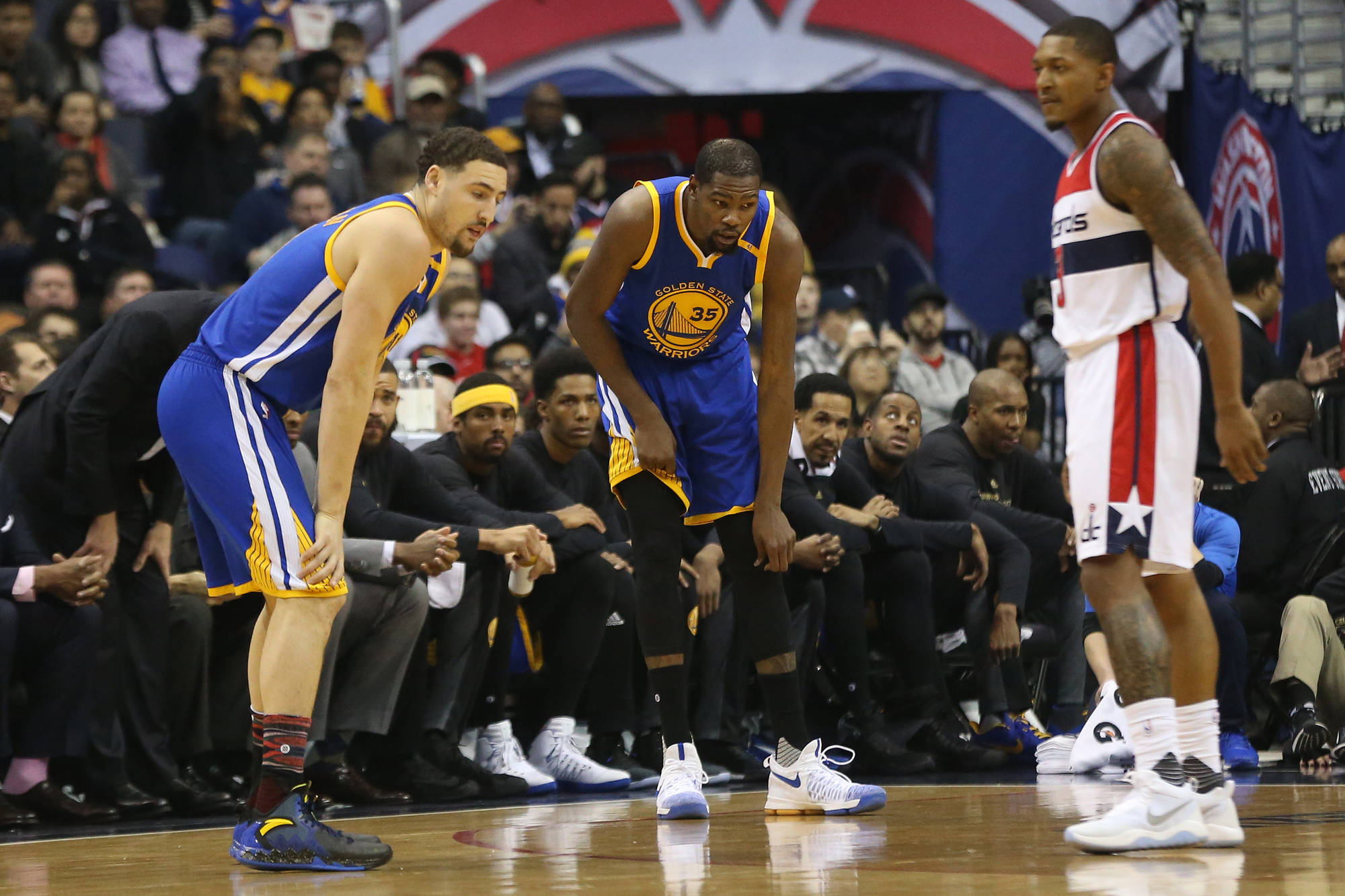 KD holds his left knee after injuring it in the first quarter.
Geoff Burke-USA TODAY Sports

The bigger story of the Warriors' 112-108 loss to Washington was the loss of Kevin Durant. Durant exited the game early in the first quarter after Zaza Pachulia fell on his left leg. Durant hyperextended his left knee, limped off the court and did not return to the floor. KD is scheduled to have an MRI tomorrow that will determine the severity of his knee injury. Obviously Dub Nation is hoping for the best, but Durant could be in jeopardy of missing a significant chunk of time.

Although the Dubs could not pull off the comeback, the stellar play they got from their bench was encouraging. Golden States' veteran reserves kept them in the ballgame when it seemed to be slipping out of reach. The Warrior bench was thought to be a concern after they signed Kevin Durant this offseason. They were forced to say goodbye to a few key role players in order to make space for KD's big contract, but the Dubs' reserves have exceeded expectations this year. Their 3 vets provide toughness and scoring experience off the bench. If KD is forced to miss an extended period of time, the reserves will have to continue to step up.