Atletico search for more UCL glory against Leverkusen in Final 16 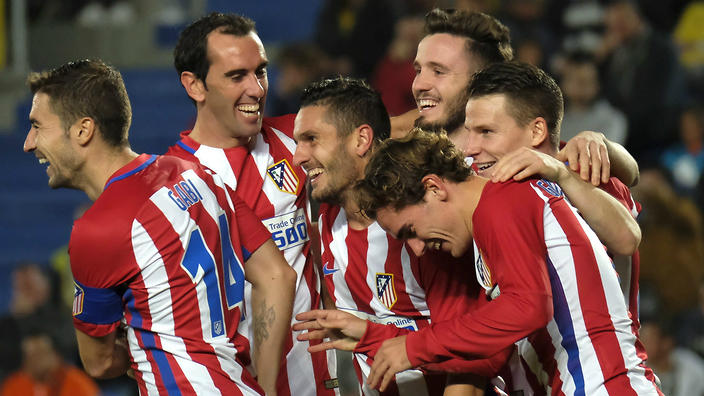 For the third time in four years Bayer Leverkusen will take on the 2014 and 2016 Champions League Runners Up Atletico Madrid in Tuesday's first leg clash in Leverkusen, Germany.

Atletico defeated Bayer in the UCL Round of 16 in both 2014 and 2015. The Spanish club has become a recent European staple having reached the Final twice and the quarterfinals once in three tries since 2013-14. Atletico's ability to compete against giants like Barcelona, Bayern Munich and Real Madrid under boss Diego Simeone has allowed for unprecedented success in Europe competition since 2014.

However, Atleti's La Liga campaign has been the main source of frustration at the Vincente Calderon in 2016-17. The club currently resides in the final UCL slot in Spain (fourth place behind Real, Barca and Sevilla) but have struggled mightily to get any higher standing in the table for months. Luckily the team's UCL form has remained potent enough for the possibility of another run.

Leverkusen on the other hand are in a much worse place than their Spanish counterparts. Bayer sit four spots back of the final UCL spot in Bundesliga and have not advanced past this Round of 16 in three of their last four Champions league appearances since 2011-12. German boss Roger Schmidt will need defensive help against Atletico's fierce counter-punch attack with center-back Jonathan Tah listed as doubtful. It is likely that both Dragovic and Jedvaj will fill the center-back roles.

Simone must also adjust defensively because of injuries to goalkeeper Jan Oblak and defenders Diego Godin and Juanfran. Expect Miguel Moya, Sime Vrsaljko, and either Lucas Hernandez and/or Stefan Savic to serve as replacements.

According to the Soccer Power Index, Atletico are 60-40 favorites to advance to the quarterfinals over Leverkusen.

Your weekly place for the best matches of the week

More Articles by Hockeyfan in The Futbol Fix

Can Austin FC Regain Lost Form Before The Playo…