Ways to describe the season for the Dallas Stars season so far are: Failure, hobbled, and whatever the antynom to clutch is. The Stars have given up leads in the third period all season and tonight was no different. In the most vital of games for the Stars season they once again gave up a big lead, on the road, in the third period to the divison rival.

The game started excellent for the Dallas Stars whom came off firing on all cylinders after defeating the Carolina Hurricanes at home yesterday 5-2. Jamie Benn gave the Stars a 1-0 lead at 12:24 of the first period on a nice wrist shot on the power play. Forward Radek Faksa slid a backhand pass to Benn, who beat goaltender Pekka Rinne for his 18th goal. Few minutes later Patrick Sharp gave the Stars a 2-0 lead at 15:46 of the first on a 5-on-3 power play. The goal was set up after rinne made a great save on Tyler Seguin's shot but rinne was not quick enough to stop the rebound goal from Sharp. The First period ended 2-0 Dallas. 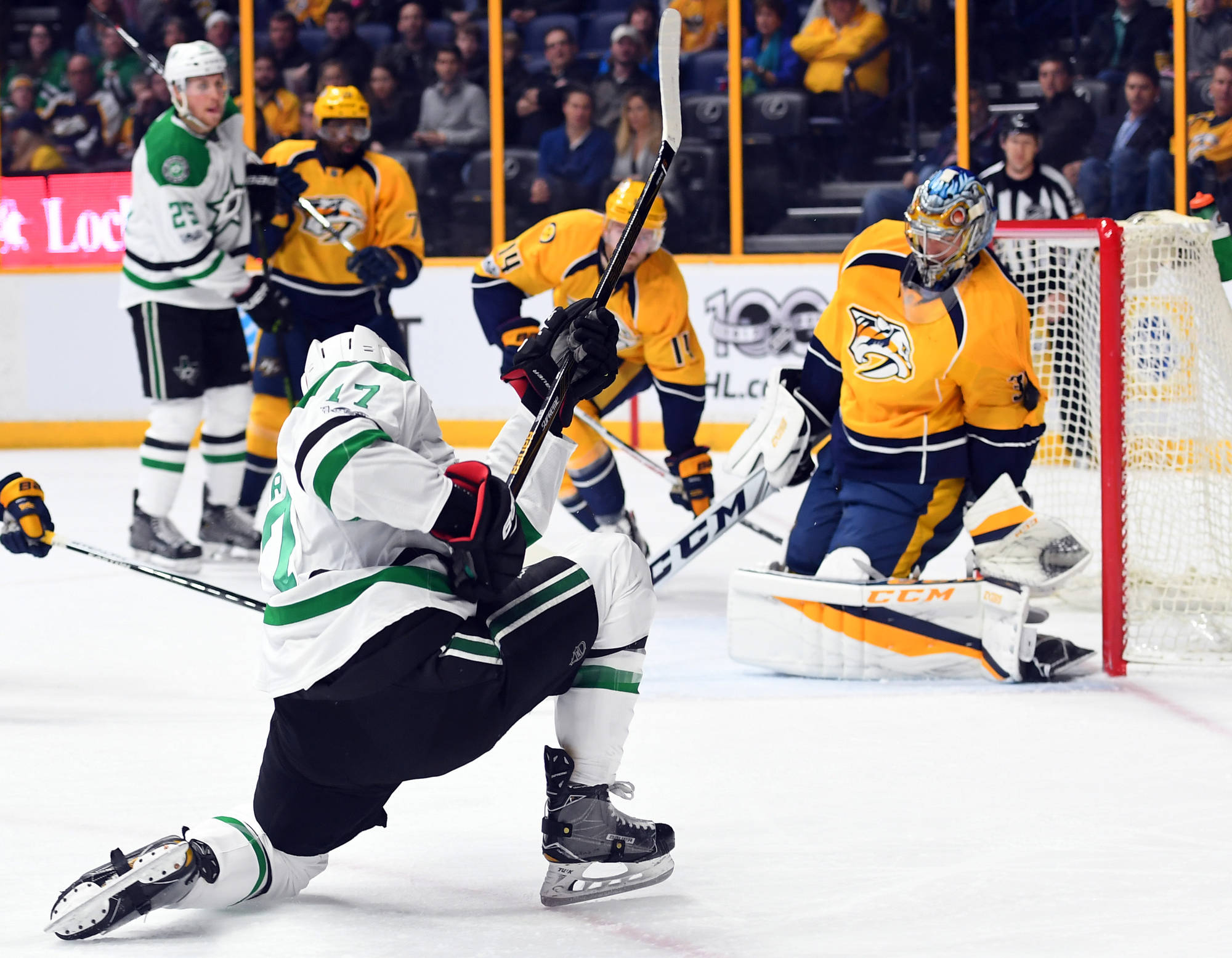 The Stars kept their momentum throughout the first ten minutes of the second period, Devin Shore gave the Stars a 3-0 lead at 12:02 of the second period on the power play. However, after this powerplay goal the game went on an undefined slope straight down for the boys in Victory Green. The predators started to the dominated the Stars offensivley shooting and shooting on Kari. The Predators finally got a goal with 5 minutes remaining in the period on a Wrister from Roman josi. This cut the Stars lead to 2. 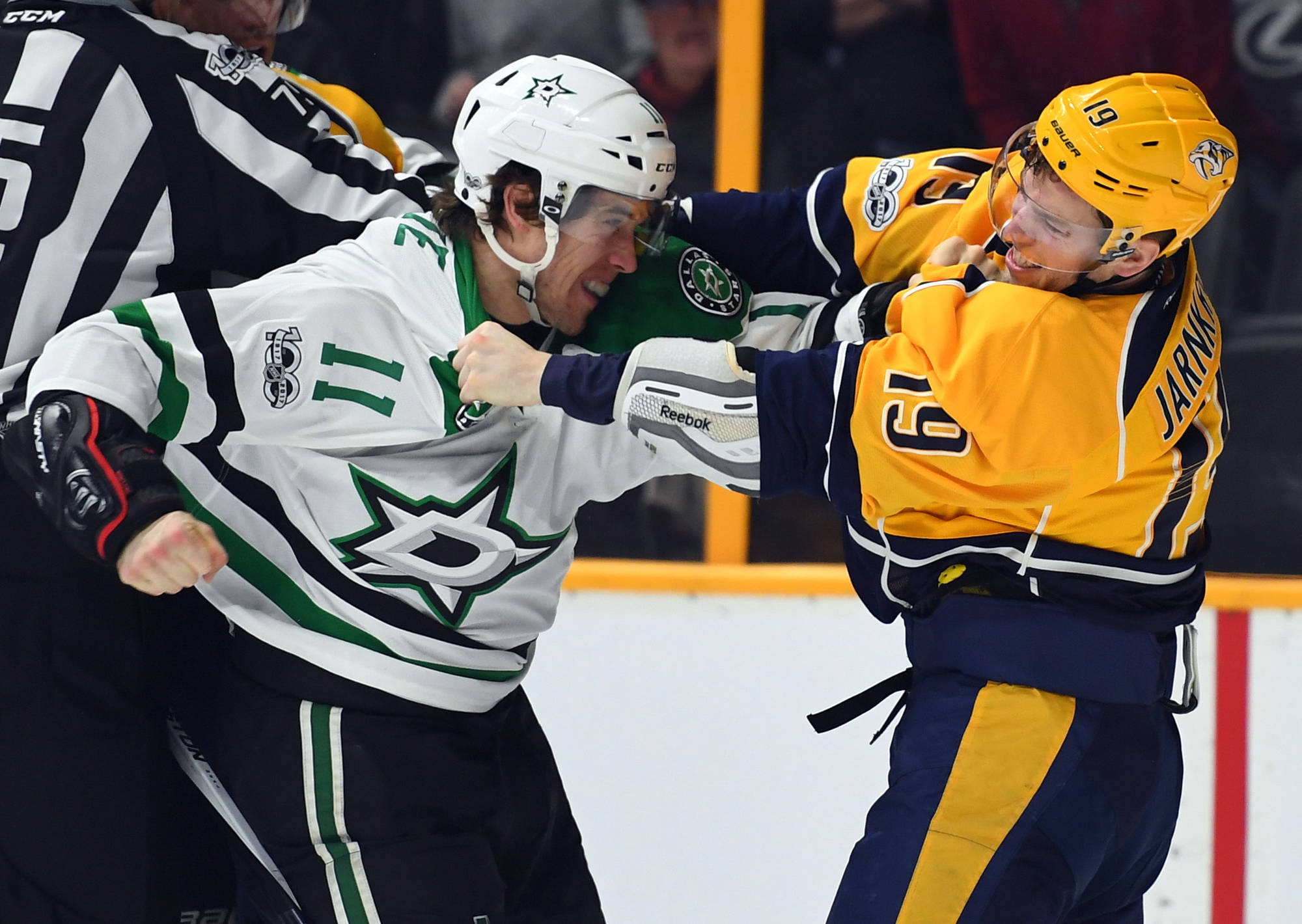 The Judgement Period: The 3rd period was the death of the Dallas Stars, just as its been all season. 45 Seconds into the Period Roman Josi scored his 9th goal of the season, and second of the period, completely shifting the momentum to the boys in golden yellow. 3 Minutes latter Calle Jarnkrok scored his 11th of the season to tie the game at 3. Feeling demoralized having given up another 3 goal lead, Fillip foresberg scores a short handed goal on a terrible pass by Tyler Seguin, to give the Predators the 4-3 lead with 13 minutes remaining in the game. From this point on the Predators stacked the box with 4 defending their lead. Finally, Mike Fisher scored into an empty net with 1:38 remaining to make it 5-3. 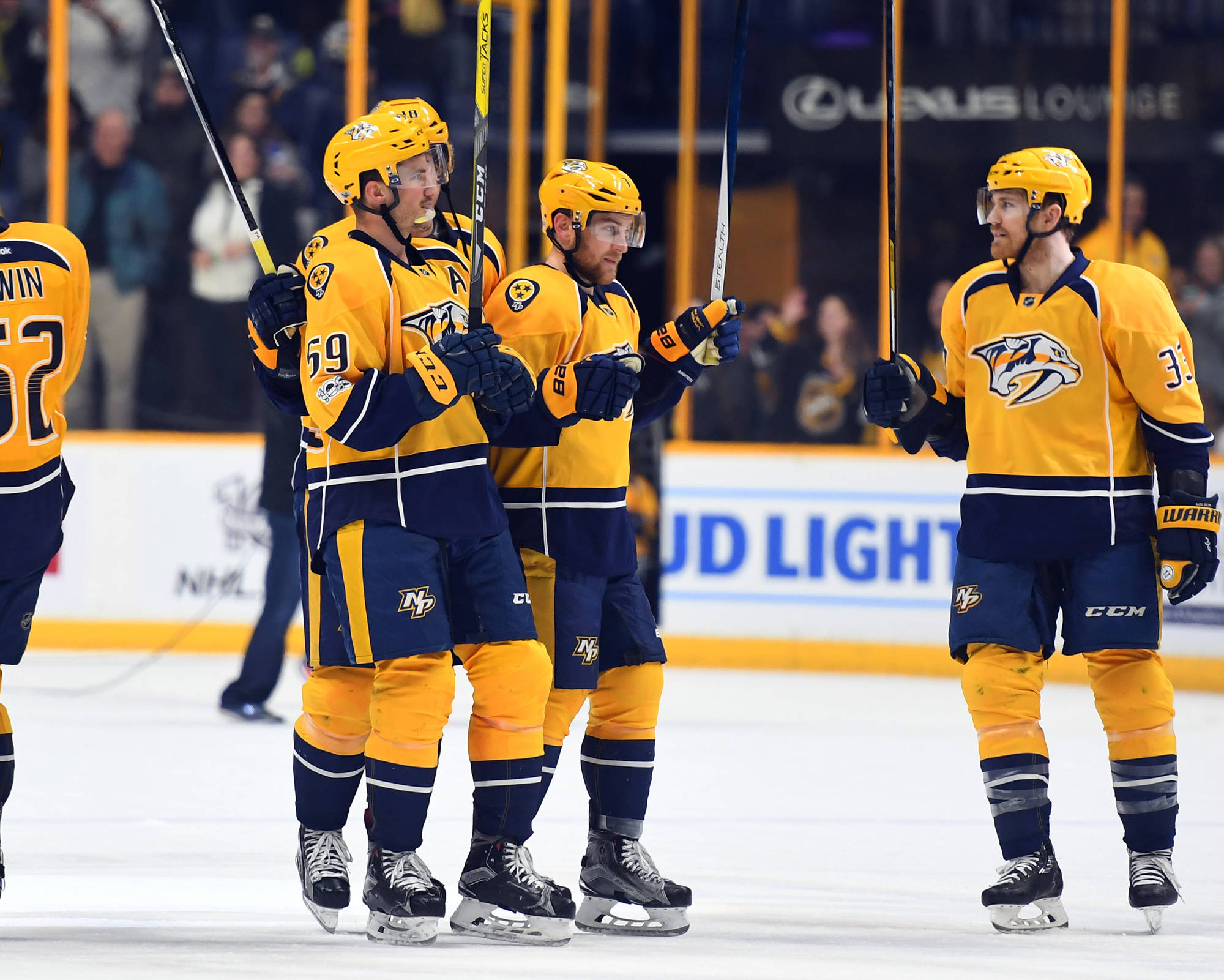 Dallas now  (22-25-10) have lost five of its past six games. In addition, adding salt to the wound, the Stars are {8} points behind the Nashville predators for the last wild card spot in the western conference. If the Dallas Stars want to be playing in late april, they need to start on some winning streaks, because the Stars sure have a playoff team that can compete with any team in the Western Conference.

@TXSportsLounge all sports Texas! From MLS, NBA, NHL, NFL, MLB and the NCAA we cover all teams Texas !