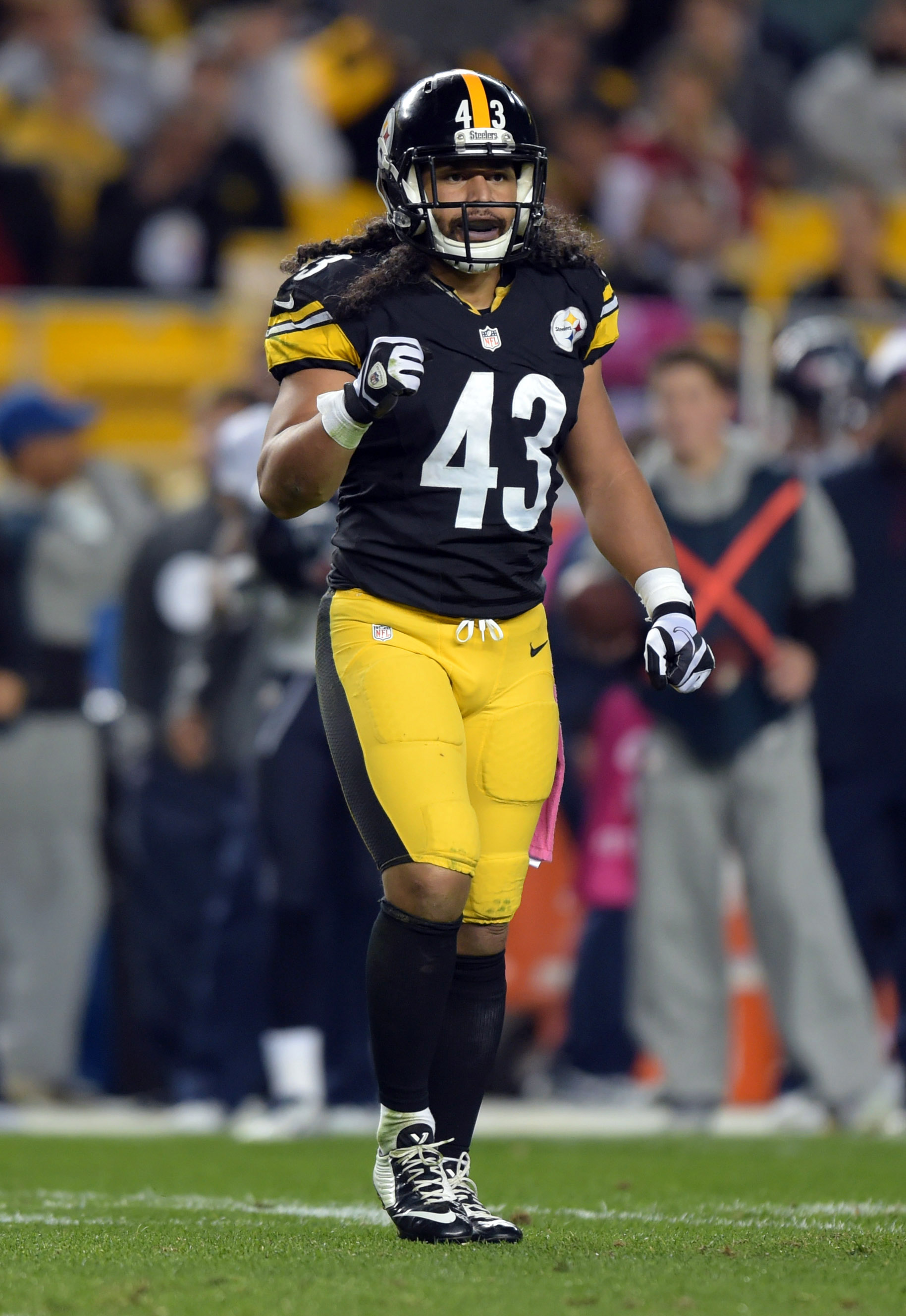 After 12 seasons with the Steelers Troy Polamalu announced his retirement yesterday. The future Hall of Famer spent his entire career wearing black and gold and helped the Steelers win 2 Super Bowls.

Polamalu said, "I did not seriously consider playing elsewhere. It was just whether or not I wanted to play," (nfl.com). Polamalu was a one of a kind athlete who played the safety position. No one will ever be able to recreate what he was able to do on the field. Polamalu's timing was impressive when he was able to time the snap count perfectly and leap through the air overoffensive tackles to sack the quarterback. Opposing offenses needed to keep their heads on a swivel in order to keep Polamalu in their eyesight. If the offense lost where he was, Polamalu would strike fast and hard.

Polamalu ignited the Steelers defense as soon as he took the field 12 years ago. The 8 time Pro Bowl safety from the University of Southern California connected with the fans of Pittsburgh because he played with wreckless abandon and his work setting up the Troy and Theodora Polamalu foundation. "Beginning with a luau in Pittsburgh that not only provided a means for Troy to share his heritage with the Pittsburgh community, but raised money for his Bi-Annual Fa'a American Samoa Camp, fundraising efforts have increased to include a dinner series, online auctions, galas, golf tournaments, and community events in various cities throughout the US," (www.polamalufoundation.org).

In the last few years injuries have hindered Polamalu's performance. The injuries have caused Polamalu to be a little slower to the ball and last season it was evident he was getting beat a little easier. The opposition used to account for the lightning fast safety but he was forced to play more conservative lately due to his injuries. Even though he seemed to have a lost a step he is a lock for the Hall of Fame because of his tenacity and success on the field. Polamalu is soft spoken off the field but he usually let his play do the talking on the field.

In Polamalu's 12 seasons he played a total of 158 games, had 576 tackles, 12 sacks, 32 interceptions and scored 3 touchdowns. Head Coach Mike Tomlin said of Polamalu, "He's one of those once-in-ageneration type of guy, man. He's a different guy. The way he views the game is different. The way he plays the game is different. He is unique. And I'm sure you'll see great players in that position in the future, but none will do it quite like he does it," (nfl.com). Fans were consistently amazed and surprised by Polamalu's play on the field, he had the ability to change the tone of any game with just one play. No one will be able to replace this one of a kind safety. The Steelers secondary will need to prepare itself for a season without one of its most prolific leaders and players. Polamalu made Pittsburgh fans proud and he is proud to live there and call it home.

The Penguins are in

Other Posts About Steelers