The Big Man vs Big Papi 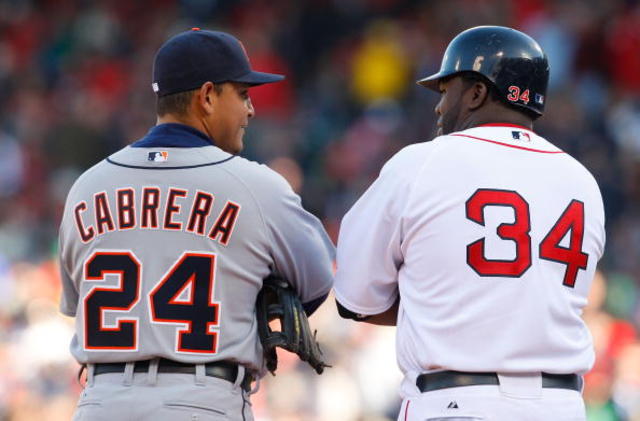 It's no secret that Boston's Big Papi, David Ortiz is retiring at the end of this season. This has sparked waaaay to much Big Papi worship over the recent months. Far too much for this Tigers fan to handle quietly. If all the Goodbye Celebrations in every damn MLB Stadium wasn't enough, now our TV and radio programming is flooded with Big Papi, mostly thanks to Comcast Xfinity and those "BIG" commercials. You know, the ones where Big Papi can't seem to pronounce the "G" at the end of Big???...annoying....REEEEL ANNOYEEN (yeah, did that on purpose.) Corn mazes, cereal boxes, Lego statues... Not to mention all the images of him doing his signature upward pointing after every homerun. (Food for thought, would he point down if he was a Satanist?)

Don't get me wrong. David Ortiz is a great player, probably headed to Cooperstown some day. But as a Detroit Tigers fan, I've had enough. No more Big Papi please. I offer a better alternative.

Let's get Miggy Wit It. http://www.youtube.com/shared?ci=kBNuBP-yyLM

My case is closed. There is no comparison as the numbers clearly speak for themselves, Miggy is BY FAR, the more superior player. IF Big Papi is getting this kind of attention because he is retiring, Cabrera better be getting ticker tape parades in every MLB city, commercials, TV shows, his own movie, and a key to the White House executive bathroom.

"If he stays healthy, I don't see any reason why he can't be the best hitter of all time."      -Justin Verlander

"In Miguel Cabrera, we are witnessing greatness." -ESPN's Jayson Stark

Will he go down in history as the greatest right handed hitter ever? Probably not, but he will end his career MILES ahead of Big Papi and will definitely be remembered as ONE if the greatest. And with it, better come every but as much, if not more, fanfare that Ortiz got.

David Ortiz is done, now is The Age of Cabrera. 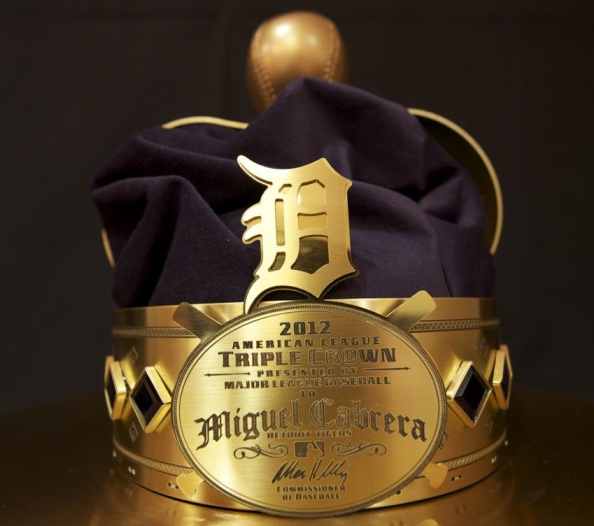 The Hunt is Over

IS FULMER THE NEXT JV?

What A Start To The Season