All In: Detroit Pistons Announce Move to Downtown 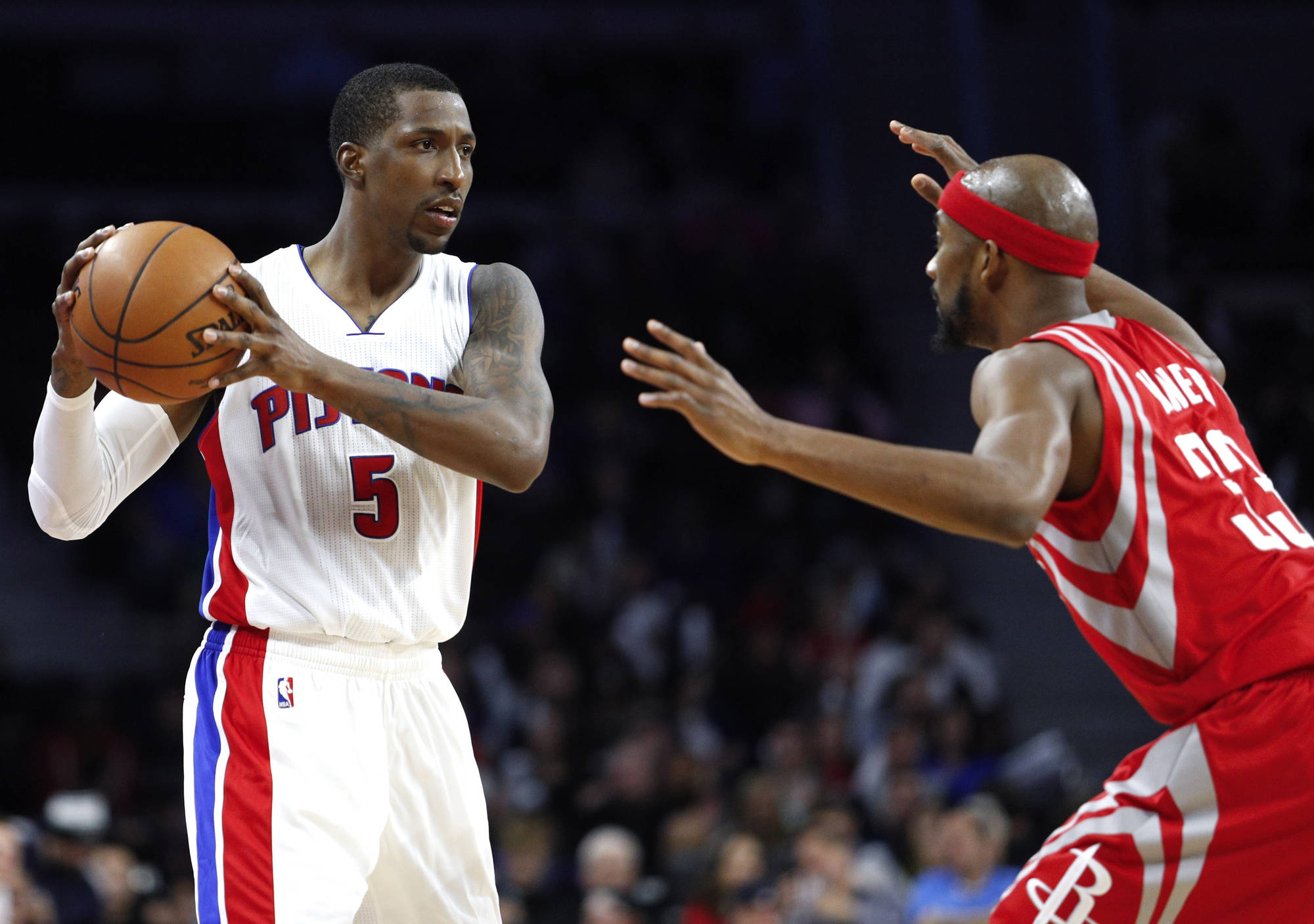 The Detroit Pistons announced late this afternoon in a press conference that they will be moving to downtown Detroit to share the brand new Little Caesar’s Arena with the Detroit Red Wings as early as the 2017-18 NBA season. The Pistons have called The Palace of Auburn Hills in the suburbs of Detroit their home since 1988.

This move solves the need for the Pistons to play in a more centralized location and in a new facility, both which were issues that the ownership of the franchise had been grappling with, largely behind the scenes, over the past few years. The downtown arena originally was planned to replace the aging Joe Louis Arena for the Red Wings, who have an incredibly consistent record of success over recent years, and was designed specifically as a hockey facility.

The local news reports out of Michigan have cited a figure given to them by the Detroit stadium authority of $35 to $40 million in estimated costs to essentially retrofit the design to accommodate a basketball court. However, it is easier and more cost effective to retrofit for basketball than it is if the facility was doing the opposite and trying to reverse course to fit an ice sheet for hockey. The ice sheet presents logistical issues to begin with, and then it requires the right type of pipe system to keep the water cold enough to sustain the integrity of the ice.

The officials at Barclays Center in Brooklyn are learning that the hard way now, with the decision to have the New York Islanders join the Brooklyn Nets in sharing that facility, which was built with basketball in mind. The sight lines for hockey are terrible and the arena ice is notable by several players as the worst in the NHL. This is because the PVC pipe running the water for the ice sheet is not able to sustain the adequate temperature to maintain the integrity of the ice surface. The retrofit on that project is very costly because they will have to bring up the floor of the arena to fix it properly, which ultimately will probably not be done.

The news for Detroit today though is huge because it is part of a downtown rebirth that began initially with the construction of Ford Field for the Lions and the new baseball stadium for the Tigers some sixteen years ago. The more recent activity has been in the revitalization of certain downtown neighborhoods and the plans for a downtown district for arts, entertainment, and sports which will be anchored by this new arena for the Red Wings and Pistons.

The Pistons entry into this project provides an obvious infusion of revenue because of the popularity of NBA basketball in that marketplace, and it will also double the amount of dates that the arena will be active for games which will in turn benefit all the small businesses in that area of downtown. The addition of the Pistons to the project will also undoubtedly attract new businesses and new partnerships to the downtown district redevelopment.

The Pistons made the comment in their press release that they are doing this because they are “going all in on Detroit” so they are demonstrating their commitment to the embattled city, that they believe it will turn around.

The city is also a potential candidate for a Major League Soccer (MLS) expansion franchise. The bid from Detroit has the backing of two billionaire investors and is seen as gaining traction with the MLS executives as far as the potential success of the bid being approved in the near future. The plan, if MLS accepts the bid for expansion, is to construct a brand new soccer-only stadium in the same area of downtown as the new arena. This would link all of the Detroit sports teams into the same neighborhood of downtown and provide a vital next step in the rebirth of an American city.

There are some factions of the public that disagree and do not approve of the spending of public funds to create this downtown sports, arts, and entertainment district. There are some who feel that either the projects should be privately financed or that the construction of sports arenas/stadiums do not generate enough revenue or provide a societal benefit that is significant enough to benefit a city. Those are all valid points and I will provide an example of that later in this piece, but the public versus private financing argument has gone on for a while now in relationship to professional sports venues.

There is some definite credence to the argument (and I am a huge sports fan) that public funds could be used in many other ways to benefit a community revitalization. The construction of a community center, or a centralized market type district, a theater, or even a convention center could go further to revitalize a downtown area. A downtown campus for a vocational/technical school or community college or state run university are also ideas that would certainly merit public expenditure of funds that could provide education or job training.

The construction of sports stadiums/arenas provide a community gathering place and a place to host events that will bring together all types of people from all sorts of different backgrounds to unite around a common passion for sports and team loyalties. The arena or stadium also has the additional benefit of hosting concerts and other events that will bring together people as well. The people coming in for these events are looking to spend money which will stimulate the local economy and enable small businesses to hire more local people, it is a simple formula which has worked in the past.

The trend at one point in sports was to build stadiums in the suburbs, and that is what the Pistons current situation represents with their team playing in Auburn Hills for almost thirty years. The more recent trend is toward the downtown stadium, the stadium or arena in the urban core as part of change in demographics as well. The younger fans and consumers are moving into urban areas across America and prefer that style of living to the suburban concept that their parents embraced. The Millennial generation prefers living in a smaller space and with access to public transportation, and to experience events and places rather than being tied to a house they have to maintain.

The counterpoint that stadiums/arenas are not profitable enough to warrant being supplemented by public funds is also a valid point. The example being the proposed new football stadium in Las Vegas which would be the new home of the Raiders in the NFL and to UNLV college football. The domed stadium proposed for a site off the Vegas Strip is projected to cost $1.6 billion to construct. The project has been approved by the state government in Nevada for the largest public funding amount of any stadium in American history with half of the stadium cost being subsidized by an increase in the hotel tourism tax.

The developers and those involved in the conception and proposal of the facility have stated that the stadium will not be profitable on just the gate revenue from NFL football games. The stadium would need to schedule a major concert and two or three other events around the same four day weekend as they figure fans from out of the area will visit and stay for an NFL game just to essentially break even. That is the imbalance between the cost of the venues and the events that they host.

In the case of Detroit it is crucial to the revitalization of their city that they get people back into the habit of feeling comfortable and safe going into that downtown area again. The best pathway forward on that front is the passionate support that those in Detroit give to their sports teams. That is where sports plays a vital role in society, in bringing together communities of people. Detroit and the Pistons are betting that it will bridge the divide and provide a rebirth of their city which is so desperately needed at this point in time. Only time will tell if they are right and going “all in” on Detroit becomes a smart bet.

Frank Maduri is a freelance writer who has covered the NJ Devils and NY Red Bulls for major websites. His work is published in 40 countries.

All things sports from a fan's perspective

Devil In the Details: The Collapse of the New J…

Other Posts About Detroit Pistons

THROWBACK THURSDAY: The Malice at the Palace

The NBA has a huge problem