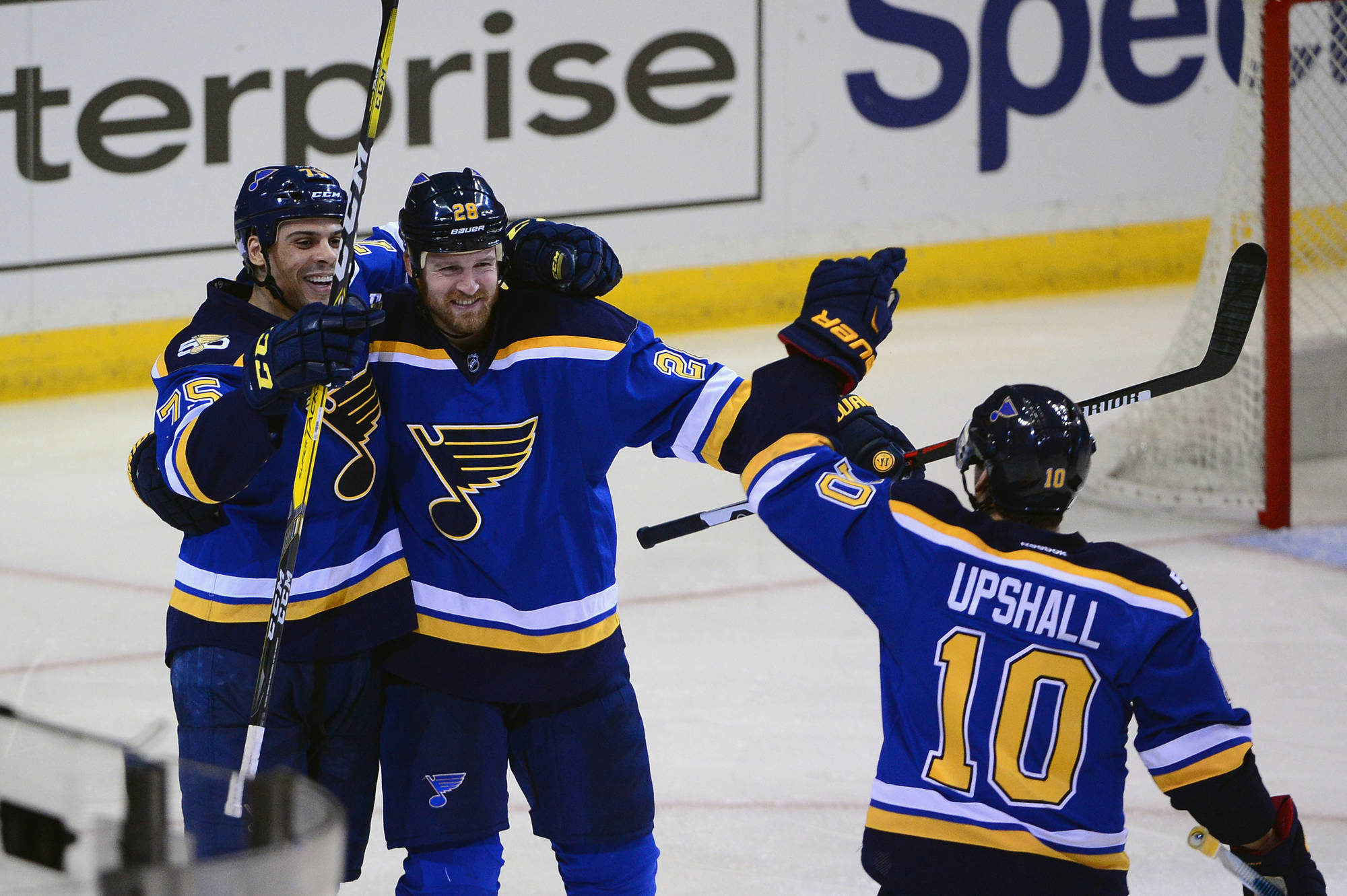 The St. Louis Blues came into the week feeling good about themselves. Yes, they were coming off a 2-1 overtime loss to Chicago but they had collected points in three straight keeping them right in the race for the top spot in the Central.

Last Thursday they were in Nashville to face the Predators a night after losing to the Hawks at home. Jaden Schwartz got the Blues hopping early with the opening goal four minutes into the game. The Blues were able to keep Nashville in check through much of the first half of the game but what normally happens in the second night of back to backs bit the Blues.

The fatigue set in and the lapse allowed the Preds to even the game up with under two minutes left in the second. After the Blues couldn't clear the zone, the puck was collected in the corner by Colin Wilson whose redirected pass found Calle Jarnkork. After a slight hesitation Jarnkork's shot eluded Carter Hutton for a tie game.

The Preds knocked the Blues out with two quick goals in the third. First James Neal finished a beautiful pass from Mike Ribeiro on a quick developing two on one. Neal was able to collect the pass and lift it over Hutton's shoulder in one quick motion. Jarnkork was on the receiving end of another pass off a turnover just a minute later. A strong check from Filip Forsberg freed the puck along the boards and Mike Fisher picked it up and found Jarnkrok in the slot for his second of the game.

The Blues were outshot 28-24 but the penalty kill was solid yet again, killing all five penalties against. The Blues continue to take too many penalties and one of these games it's going to bite them.

Two nights later it wasn't the penalties that bit the Blues, it was just a pretty good Columbus team. Early on the game was shaping up to be just as good as the first matchup in St. Louis. Sam Gagner opened the scoring for the Jackets two and a half minutes in. But the Blues would answer back with a Kevin Shattenkirk power play goal on an odd man rush. Shatty was able to tuck the puck just inside the near post as Sergei Bobrovsky was sliding over.

With a new game after the goal, the Blues abruptly fell apart. Off the face off a poor pass up the middle of the ice by Alex Pietrangelo let Brandon Saad find a streaking Nick Foligno who gave Columbus a 2-1 lead just 8 seconds after the tying goal. Over the next 25 minutes of game time the Jackets would explode all over the Blues.

Despite being down by six the Blues kept pushing and kept earning power plays. Robby Fabbri brought the Blues back to 7-2 with a power play goal with 4 minutes left in the second and Vladimir Tarasenko picked up another power play goal 21 seconds into the third to make it 7-3. Could they really make this large of a comeback?

Zach Werenski emphatically ended that talk with a power play goal of his own three minutes into the third to stretch the lead to 8-3. Fabbri came right back with another power play goal at the 6:23 mark, giving the Blues 4 power play goals in five chances. That was about the only highlight for the Blues on this night as both Jake Allen and Carter Hutton allowed 4 goals each and their save percentages aren't even fit to publish.

Thankfully on Tuesday the Buffalo Sabres came to town minus their two best players Jack Eichel amd Ryan O'Reilly. Just like against Colorado, the Blues took advantage of an inferior team and picked up an essentially easy win.

The Sabres opened the scoring on the power play when Sam Reinhart chipped in a Matt Moulson pass just over Allen's glove. The red hot Fabbri tied it up three minutes later on the Blues only power play of the game. Fabbri was in the right spot as Tarasenko's shot caromed off Robin Lehner's pad and came right to Fabbr who had a wide open net. The goal was the third in two games for Fabbri who has been playing extremely well since being benched against Nashville.

It took until the third but the Blues were able to finally crack Lehner with Schwartz collecting another rebound and depositing the puck into the open net. Dmitrij Jaskin used a strong power move to set up the goal, something he needs to show more of if he wants to stay in the lineup.

A minute and a half later the fourth line kept up their strong when Kyle Brodziak streaked down the middle of the ice and redirected a pill of a pass from Ryan Reaves for his first goal of the year. Another fourth liner, Scottie Upshall, finished off the Sabres with an empty netter to seal the 4-1 win.

The Blues enter this week sitting in third place in the Central just one point behind the Jets for second. Another big week looms for the Blues starting tonight against San Jose at home and Nashville visits St. Louis on Saturday just over a week since hosting the Blues. A quick two game trip to Boston and Washington on Tuesday and Wednesday wraps up the week.

The Blues will be happy if they can collect a minimum of 6 points out of these 4 games but it will be tough. It will require goal scoring, good goaltending and solid defense, something we haven't seen come together in many games. With Tarasenko and Alex Steen potentially out of tonight's matchup it doesn't make it any easier.