St.Louis Blues: Will the coaching structure lead them to the Stanley Cup? 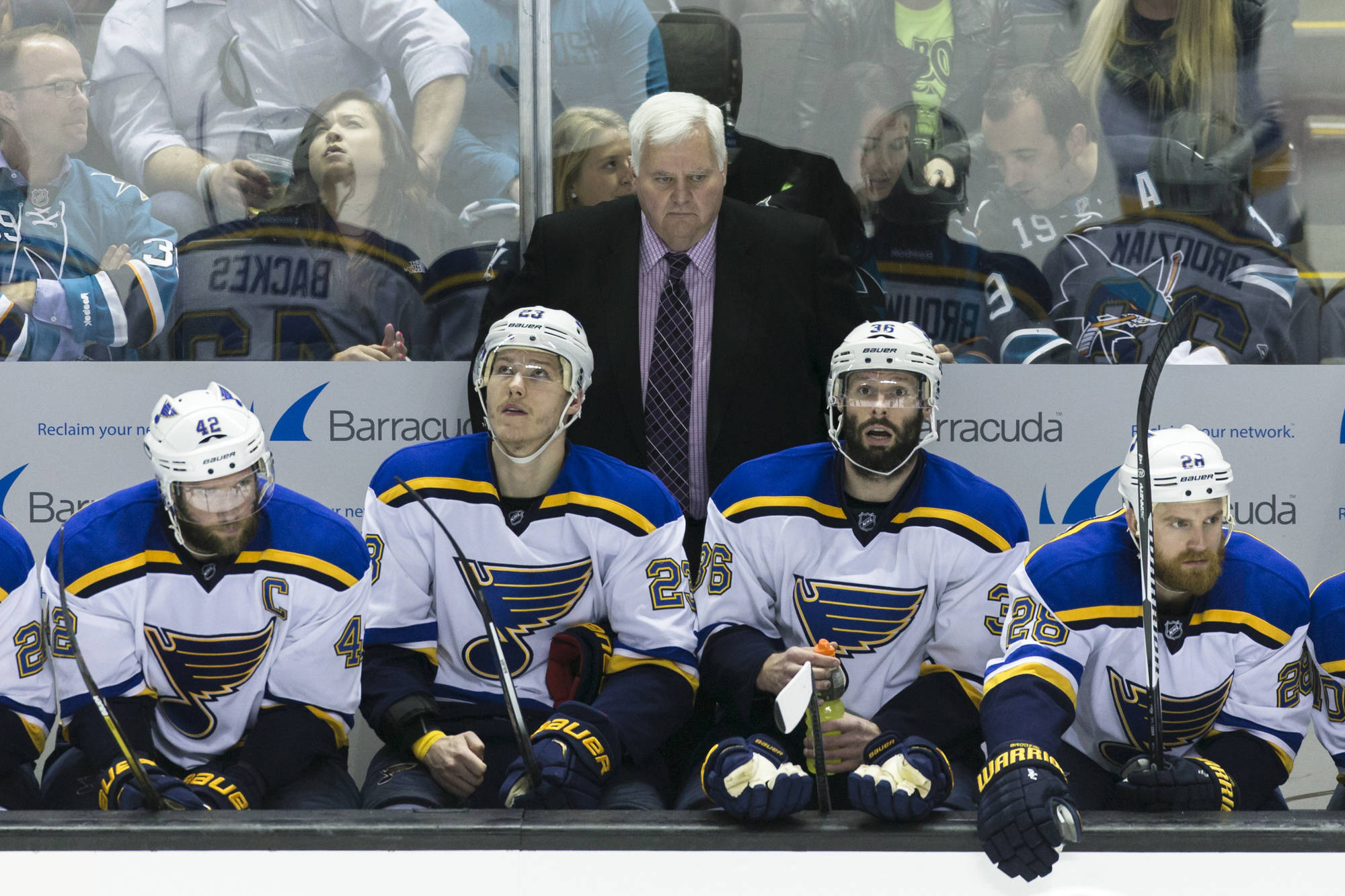 It is rare to see a coach in waiting scenario in professional sports because they rarely ever work, but the St. Louis Blues are going to try it this season.

Head coach Ken Hitchcock signed another one-year deal in  the Spring and promptly announced that the upcoming season would be his last. The Blues decided not to wait and tabbed Mike Yeo as the coach in waiting. He will serve as an assistant coach for the season and take over for Hitchcock next year.

The coaching structure for this team will make them one of the most compelling storylines of the season. Can St. Louis actually make this work?

Generally, this type of setup usually fails is the rift it forms between coaches and players. Hitchcock and Yeo will be fine, provided they speak with one voice, otherwise Hitchcock becomes nothing more than a lame duck to the players. If some of the players begin to turn to Yeo instead of Hitchcock, this team could implode. Last year, there were concerns during the first quarter of the season after the Blues' slow start is that Hitchcock would not make it to Christmas. Does he really have enough control of the locker room to ensure he keeps control even with the future coach on the staff?

This issue is compounded by the fact that St. Louis lost captain David Backes to Boston in the offseason. Perhaps the addition of David Perron will be able to make up for the loss of his offensive production, but in a year this team will need leadership more than ever, it’s the wrong time to have to replace the captain. And who gets to make that decision? Will it be Hitchcock who will only be there for another year or Yeo? It doesn't really make sense for Hitchcock to make that decision, but could there be any greater indication that Hitchcock is a lame duck coach than if Yeo gets to make the first major decision of the new season?

At least the situation in net finally has some resolution. After years of splitting the starting duties, the Blues traded Brian Elliott to Calgary, thus making Jake Allen the undisputed starter. The addition of career backup Carter Hutton is further proof that the keys to the castle will belong to Allen this season.

Allen appeared in a career-high 47 games last season, but how will he handle starting 55-60? And how will he handle being the starter in the postseason? In 12 career postseason games, Allen has registered a save percentage of only .902. Compare that to the .921 Elliott managed in the 2016 playoff run.  That is something to keep an eye on come April.

No one can question this team’s talent with players like Vladimir Tarasenko, Paul Stastny, David Perron, Alexander Steen and Jay Bouwmeester. And, as good as Elliott was, there’s no reason to doubt Allen’s ability to handle the load as the top starter. Handling that talent, however, and getting it to the point where it can compete for a Stanley Cup is a tough job and it requires great coaching. Does the addition of Yeo really set this team up for success for the upcoming season or will it prove to be an unwelcome distraction that ends up dividing the loyalty of the players?

The structure the Blues have set up for this season has the potential to blow up in their face. What if this team lacks leadership with Backes gone? What if Allen is not able to handle the load as the No. 1 goalie? Can St. Louis rely on Tarasenko? Whatever problems this team may face, you trust a coach like Hitchcock to handle them...unless the team sees him as a lame duck coach.

Let’s face it, no one could label Hitchcock as a players’ coach and I don’t see the Blues rallying in a “win one for the Gipper” type of way. The team’s run in the playoffs last season suggests he still carries weight in the locker room, but it’s not hard to envision a scenario in which the players revolt against him and turn to Yeo. Hitchcock and Yeo will have to handle the coaching dynamic perfectly or the Blues will implode.

Even without coach in waiting situation, St. Louis lost enough this offseason to not have them as a major factor in the Western Conference in the playoffs and see storm clouds surrounding the arch.

The management in St. Louis isn’t stupid. They knew the risks and they still chose to grab their coach before someone else could. I think they will do all they can to ensure this season goes smoothly publicly even if it means Hitchcock becomes little more than a figurehead. This team feels like a wild card team at best. Stanley Cup? Zero chance!

Video: Jerry Layne drilled in the head a second…