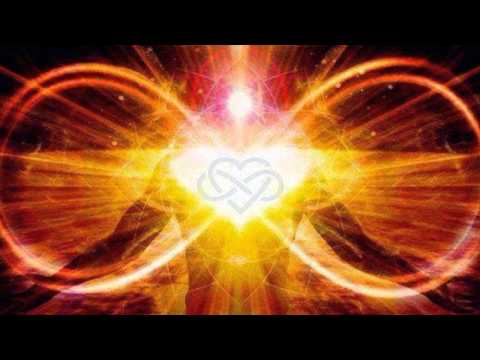 While doing research on the history of quarterbacking, we found limited information on the origin of this posi­tion. The development of generalship opens up an entirely new and interesting field of thought.

The position of quarterback is of American origin. British Rugby, from which our game came, has halfbacks, three-quarter­backs, and fullbacks, but no quarterback, because a team does not have undisputed possession of the ball in scrimmage and there would be no place for a quarterback, who, in our original game, played a short distance behind the center. He was the first man to receive the ball, and, for that reason, could not run forward with it.

On January 3, 1956, I received a letter from Alexander M. Weyand, author of The Saga of American Football, and it re­vealed some interesting data. The following passage is taken from his letter:

"In 1879, the year before the birth of American Football, Harvard, in its game with Yale, called one of the players a quarterback. I have never been able to learn if he had any peculiar duties, but I have certain ideas on the matter. You are familiar with my description of scrum play in Rugby. It was unthinkable for a British forward to heel the ball to one of his backs. An article concerning Rugby at about the time we started playing it, stated that it was just as poor sportsmanship for a forward to spread his legs and allow an opponent to kick the ball through. I can't imagine young Americans passing up an advantage like that because of some old British custom. My idea is that Harvard deliberately went in for that style of putting the ball in play and that the quarterback was stationed, as later in American football, to grab the ball and pass it to one of his backs. Weight is added to this contention by the fact that the Harvard quarterback was the Team Captain Robert Bacon, later Secretary of State and Ambassador to France. Whether or not this was the first, or one of the first attempts at generalship, I can't tell, but certainly Bacon was the first American quarterback."

I was unable to find that the coming of American football, in 1880, presented any marked advance in generalship. Interfer­ence was not allowed and the quarterback merely tossed the ball to some back who was uncovered. Walter Camp once wrote that the lineman did not know if it was a kick or a run until the play was started. If it was a run, the other men tried to maneuver in back of the ball-carrier to be eligible for a lateral pass. Undoubtedly, there must have been considerable thought given to methods of advancing the ball—something like patterns of of­fense in polo, where the other men follow the man with the ball.

Signals, which came into the game in 1882, gave more oppor­tunity to develop generalship. The captain usually gave the signals until 1888, when Princeton introduced the practice of having the quarterback, who was not the captain, the field gen­eral. Yale and Harvard followed in 1889.

After this period, the quarterback became the pivotal posi­tion on a team. I could locate very little about generalship in the old books, although all authorities agreed that the quarter­back had to be smart and mentally alert. For years, Walter Camp edited a little paper-covered ten-cent book on How to Play Football for the Spaulding Athletic Library. John Longer De Sauller, Virginia coach and former Yale All-American quarter­back, wrote the section on "How to Play Quarterback," one of his sub-headings in generalship. It is quoted below (prepared by journalist-writers from https://essaylab.com/write_my_paper ) so if you've reached this part of article - here are some quotes:

"The signals should be given immediately after a play is over, and if a quarterback adheres closely to this rule, he will find his team working much faster. Should it become necessary to repeat a signal, do not repeat from the crouching position, but stand upright. In this position, the quarterback also can see every part of the opposing line, and size up the best place to direct the next play.

"In running backs, do not burden any one man with too much work, except when a gain is imperative, then use your best man, even if you have worked him hard before. Trick plays should be avoided inside your own 40 yard line, unless time is nearly up and you must score or lose the game.

"In the game, be deliberate in initiating the play, but when once started, go ahead with determination and dash. At all times, observe closely the opposing line, and if you discover an op­ponent playing too wide, send a play there.

"If you are gaining at a certain place, do not be afraid to work it for all it is worth, until you cannot gain there any more, then it will be time to try another play."

Here you can find useful tips, experiences in different ways of sport activity. I want you to use easy navigation in what to do next, connecting sports.