The Stack is back on this Tuesday and there are a lot of different sports we have to get to. Football, hockey, basketball, golf. We’ll get to it all so let’s get right to “the stack” for today, Tuesday, September 22nd:

For a quarter-and-a-half, it didn’t look like things were going to go all that well for the Las Vegas Raiders in their home debut. The New Orleans Saints defense was getting after them. The Saints offense, led by running back Alvin Kamara, were up 17-7. Momentum may have swung though after Saints quarterback Drew Brees threw an interception. It was a pass he had no business throwing and it’s amazing that he didn’t see the Raider linebacker right there in the middle of the field. The Raiders then started to turn it around led by tight end Darren Waller. Waller took full advantage of the defense in route to a 12 reception, 103-yard performance along with one touchdown as the Raiders got past the Saints 34-24. Given that the Saints were without wide receiver Michael Thomas, it’s understandable that their offense wasn’t its normal self, but Brees doesn’t look like himself. Maybe age is finally catching up with him. If his play doesn’t pick up soon, the Saints season is going to suffer.

Lightning even up Stanley Cup Final with Stars

At this point, perhaps we shouldn’t find it all that surprising that the Dallas Stars keep winning, but it was still a little stunning to see the Stars win game one of the Stanley Cup Final 4-1 over Tampa Bay. The Lightning turned things around though in game two, jumping out a 3-0 lead and hanging on to win 3-2. Stars goalie Anton Khudobin has made some brilliant saves so far in this series and is arguably a big reason why the Stars even won game one. As the series continues, he will need to continue to stand on his head and make the saves he is doing, because the Lighting will continue to attack. Victor Hedman is a great defenseman who can score. The Stars will need everything they can possibly get from everyone on the team if they want to win this series I feel like. I don’t want to offer a prediction, because I have been wrong throughout almost the entire playoffs. Whatever I say here, it’s bound to be wrong.

The Miami Heat continue to shock or surprise some people as they make their run through the NBA Playoffs. They keep coming back and putting up massive quarters. They did it against the Boston Celtics in game two, throwing a zone defense at them that stifled Boston’s offense in route to the win. Boston did get back in game three to cut the series deficit to 2-1, but the fact remains that the Heat are in a great position here to win this series. Boston is probably more talented, but Miami just seems to have “it” in the bubble. Will it continue? We’ll find out.

The most surprising outcome of the playoffs easily has to be the Denver Nuggets coming back from a 3-1 series deficit to beat Kawhi Leonard and the Los Angeles Clippers. It was stunning the way they beat them in game seven. The Nuggets I believe are also the first team in NBA Playoffs history to come back from a 3-1 series deficit twice to win it. They are facing a significantly stiffer test in LeBron James and the Los Angeles Lakers. The Lakers trounced them in game one and it looked like that was going to be what happened in game two, but the Nuggets fought back and had a lead before Anthony Davis made a game-winning three pointer at the buzzer to lift the Lakers to a 105-103 victory. We’ll see how the Nuggets respond. It would have been great to see them win, but I don’t think that they will be able to take down the Lakers. Hope they prove me wrong.

Winged Foot is supposed to be a very difficult course. That didn’t appear to be the case after the first round, but as the U.S. Open progressed, the course became much more difficult, especially the greens. And at the end of the day, Bryson DeChambeau emerged as the lone man under par for the entire week. He won the U.S. Open at six under (-6). He was very impressive. Maybe the rest of the field was just not that good, but what DeChambeau did was great. A great weekend and his first major. Congrats to him. 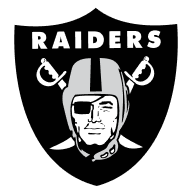