Arizona hasn’t won since playing Hawaii in the third week of the season. They have had trouble finding stability at the quarterback position. Brandon Dawkins and Anu Solomon can both run out of the pocket, but struggle when it comes to throwing the ball. Arizona State quarterback Manny Wilkins has had an up and down season, but look for him to bounce back against the struggling Wildcats. Both defenses are horrendous, with the Wildcats yielding 467 yards per game and the Sun Devils surrendering 514 per game. The offenses will look much better than they have in recent weeks. Arizona State takes down Arizona, 31-24. 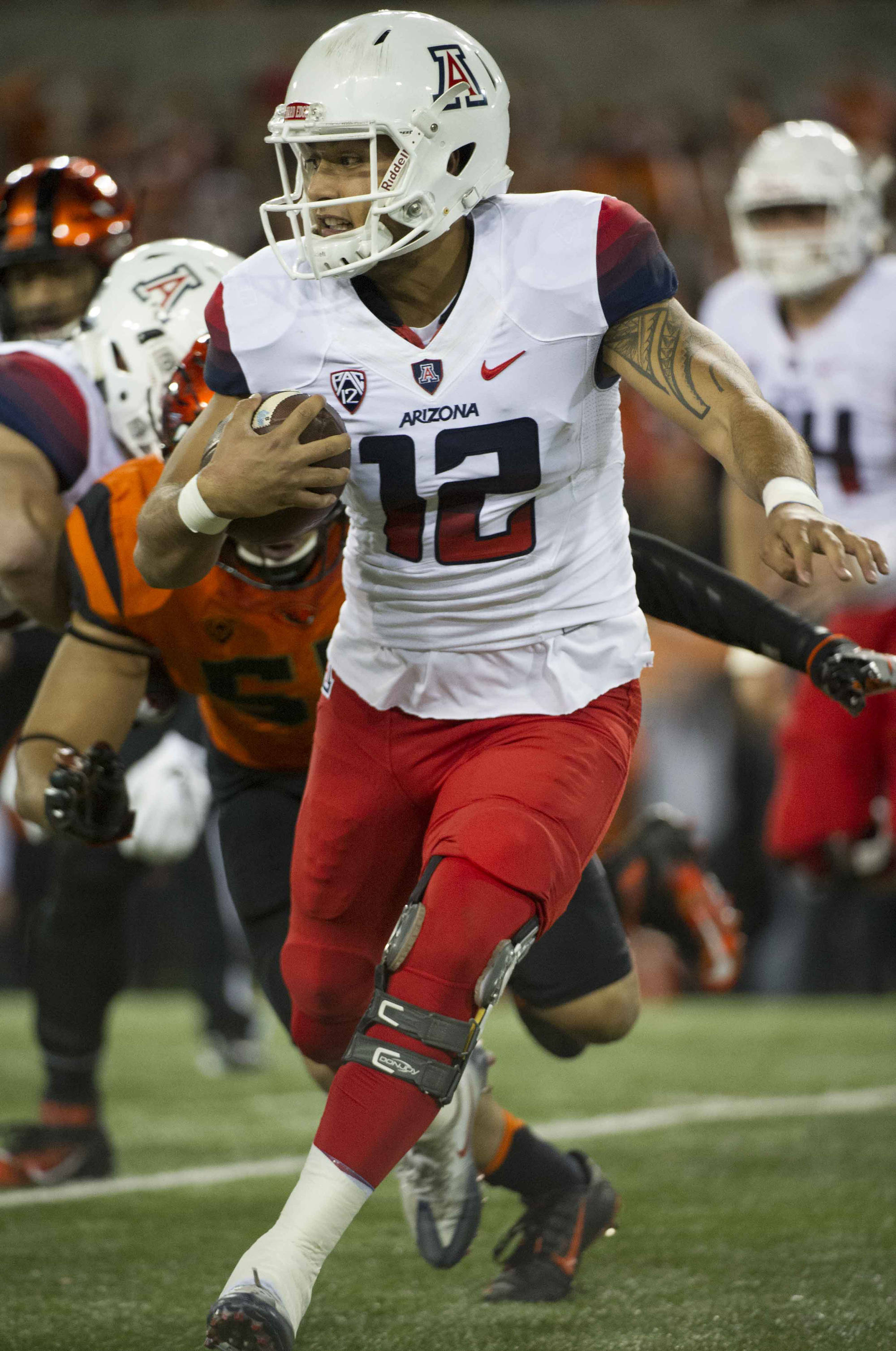 Arizona has struggled to find consistency at the quarterback position this season.
Cole Elsasser-USA TODAY Sports

Colorado can pull off something unprecedented with a victory here: A worst-to-first finish. The Buffaloes finished last season with a 1-8 conference record, good enough for last place. If they beat Utah this week, they will clinch the Pac-12 South title. If Utah wins, then USC will advance to the conference title game. Colorado will lean on quarterback Sefo Liufau once again, who is coming off a stellar performance with 345 passing yards and 108 rushing yards against Washington State. Colorado also has the top-ranked defense in the conference, allowing 322 yards per game. Utah’s offense will have to make some big plays if it wants to end Colorado’s perfect season at home. Colorado continues its Cinderella run and defeats Utah 35-20.

The Civil War will determine who places last in the Pac-12 North. Oregon is carrying momentum over from a 30-28 upset victory over Utah. The Ducks created 575 yards of total offense in that game. The Beavers have momentum of their own after defeating Arizona 42-17 last week. They generated 475 yards of offense. I expect a lot of big plays both ways, as both teams don’t put much effort in on defense. The Ducks have more dynamic playmakers so I give them the edge in this match-up. Oregon wins 41-31. 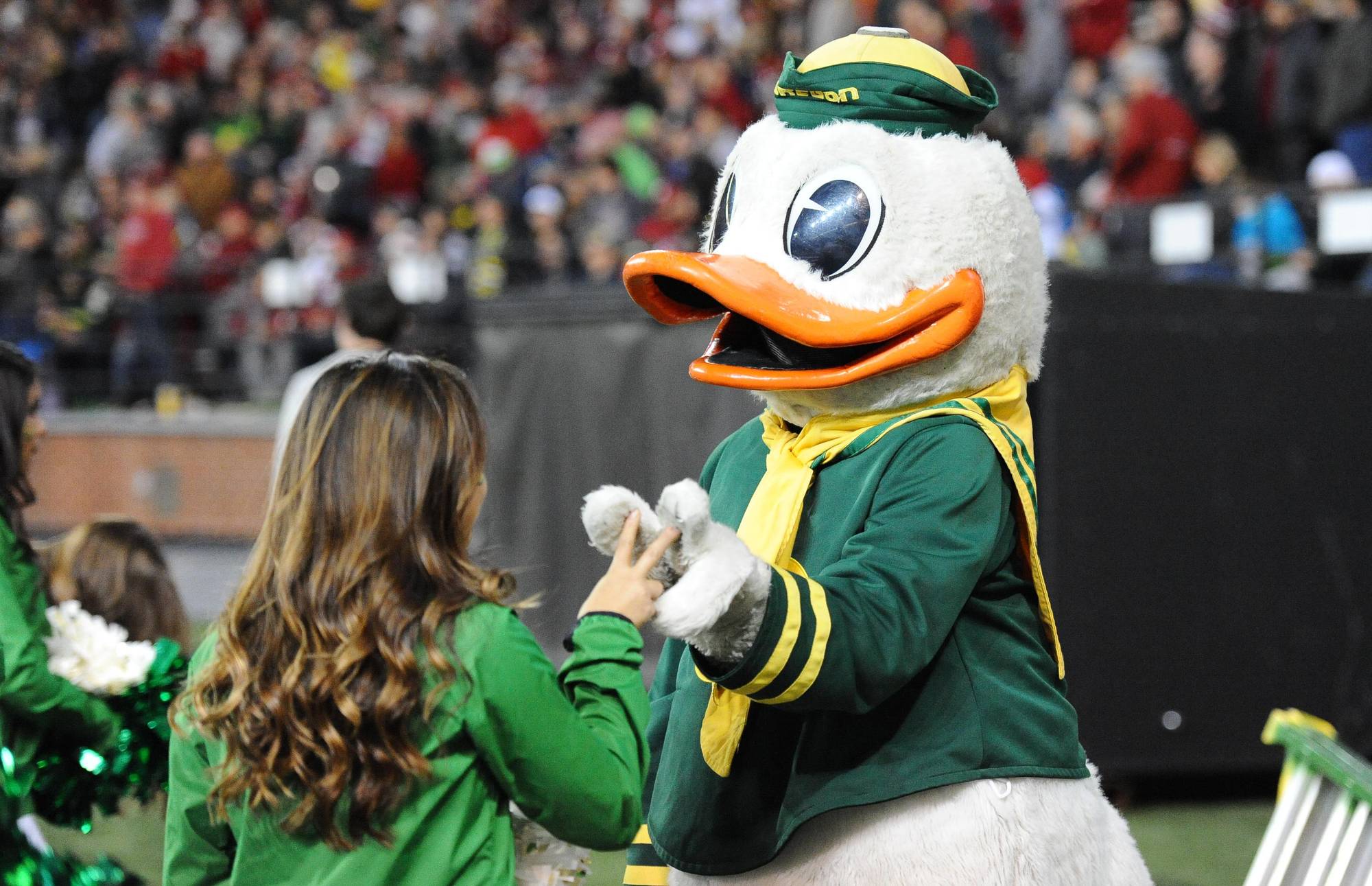 The Apple Cup hasn’t had stakes like this in decades. The winner of this game not only gets the Cup, but also clinches the Pac-12 North division and a Pac-12 Championship berth. There will be fireworks in this game with both teams pulling out all their tricks to win. Look for John Ross to make a huge impact for the Huskies and solidify himself as a first round draft pick in next year’s NFL Draft. I think the difference in this game will be Luke Falk. If the Huskies can pressure him into mistakes, then they will walk out victorious. But if Falk can get some rhythm going, then this game gets a lot more interesting. This is Washington’s season and I don’t see them being denied at this point in the year. Washington wins 42-28 and continues their path towards the College Football Playoff. 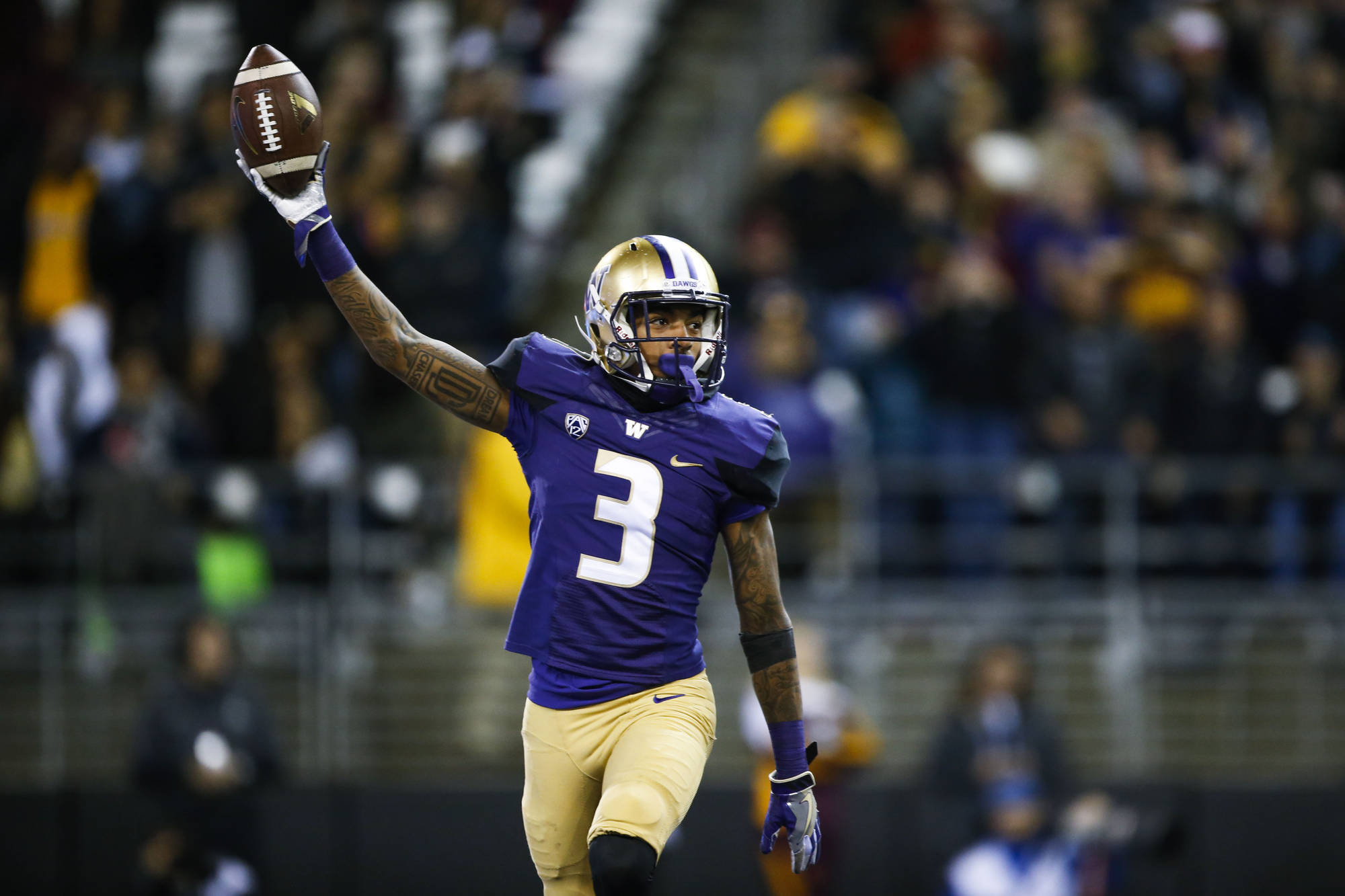 Washington's strength this season has come in their competitiveness at every position.
Jennifer Buchanan-USA TODAY Sports

Both teams want to put this season behind them as quick as possible. The only thing on the line in this game is UCLA’s bowl eligibility. I expect UCLA’s defense will find a way to defeat the mistake-prone Bears. Honestly, Cal’s defense might beat themselves. They allow a nation-worst 45.4 points per game. Quarterback Davis Webb has had an up-and-down season for Cal, and the wins and losses tend to be decided by his play. UCLA’s stout defense will confuse Webb into making turnovers and make the Bruins bowl-eligible. UCLA wins 34-28. 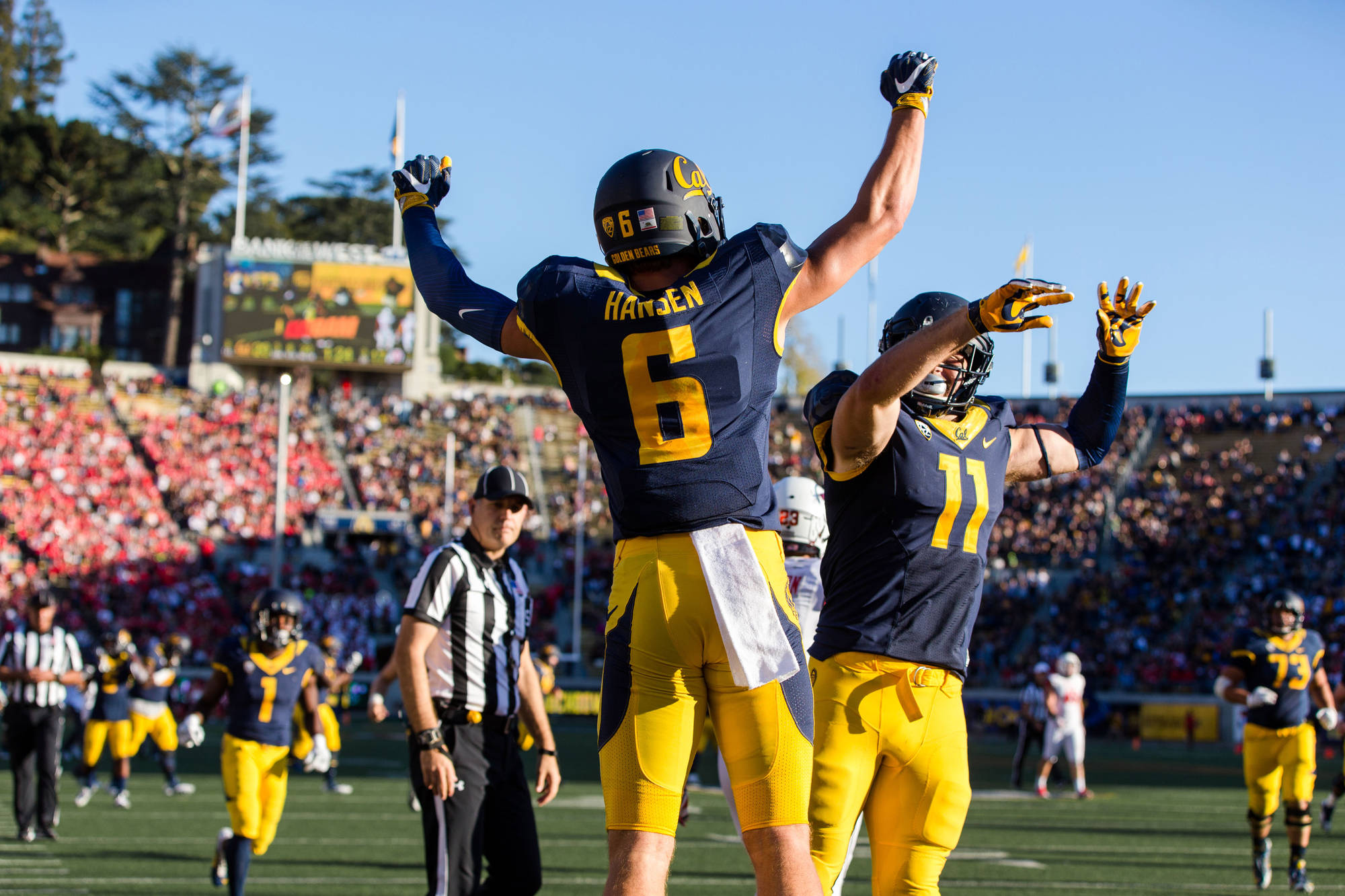 Wide receiver Chad Hansen has been one of the few bright spots for Cal this season.
John Hefti-USA TODAY Sports

I have no idea why this game is being played at this point in the season. This game will just be used as a stat-padder for Christian McCaffrey and Co. The spread of 36 is ridiculous, but Rice is so bad that Stanford may make that look easy. Stanford cruises over Rice, 42-3. 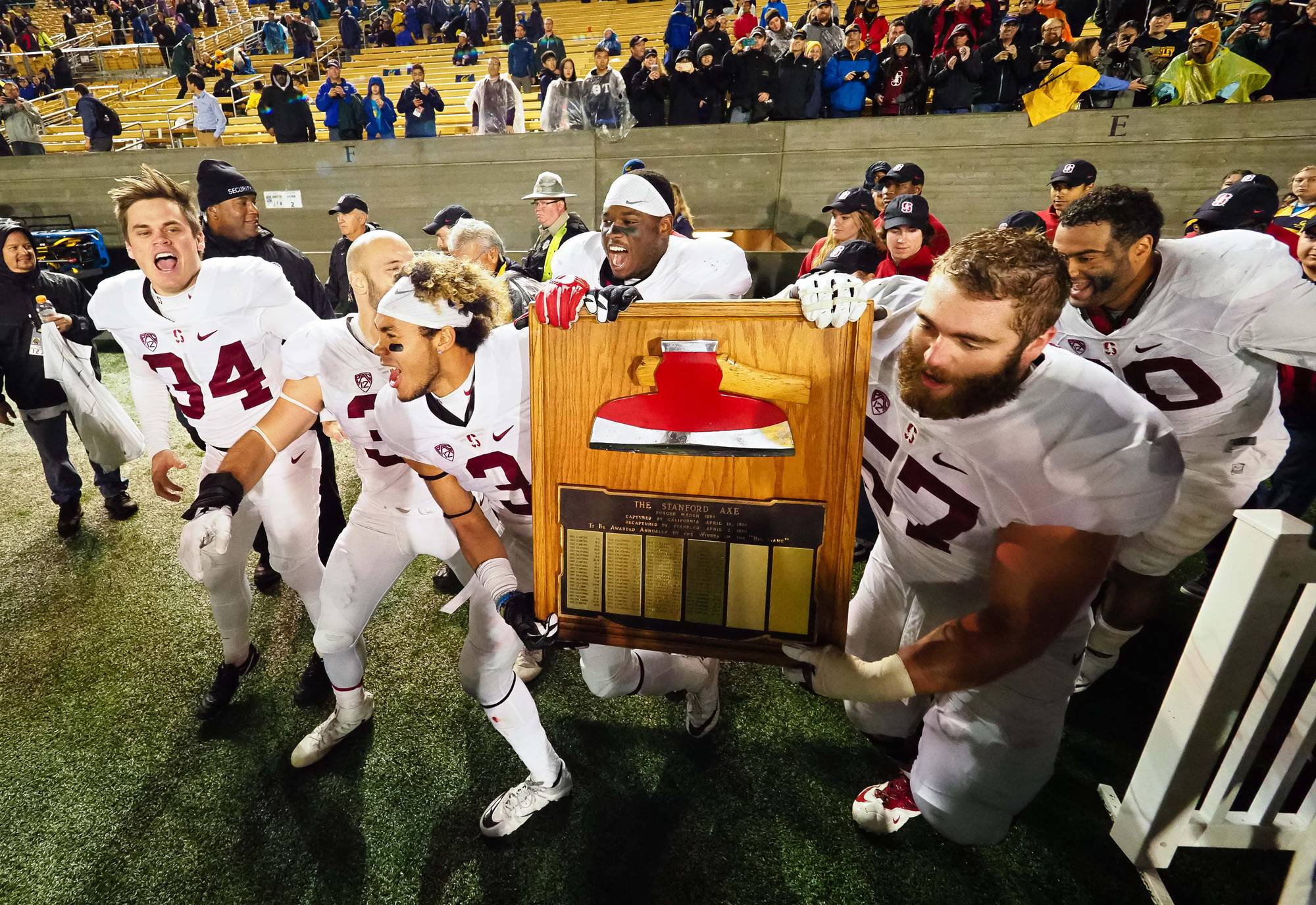 After securing the Axe, Stanford will roll into the postseason looking for a bowl victory.
Kelley L Cox-USA TODAY Sports

This game used to mean something. But Notre Dame has faltered mightily in the past years and USC should trample the Fighting Irish. USC Quarterback Sam Darnold will look to put up numbers that make him a trendy Heisman candidate next season. Running back Ronald Jones will try to improve his NFL draft stock with some big runs. Neither of these things should be a problem against Notre Dame’s terrible defense. If the Trojans win and get some help from Utah, they will clinch the Pac-12 South and advance to the Pac-12 Championship game. USC destroys Notre Dame, 38-21. 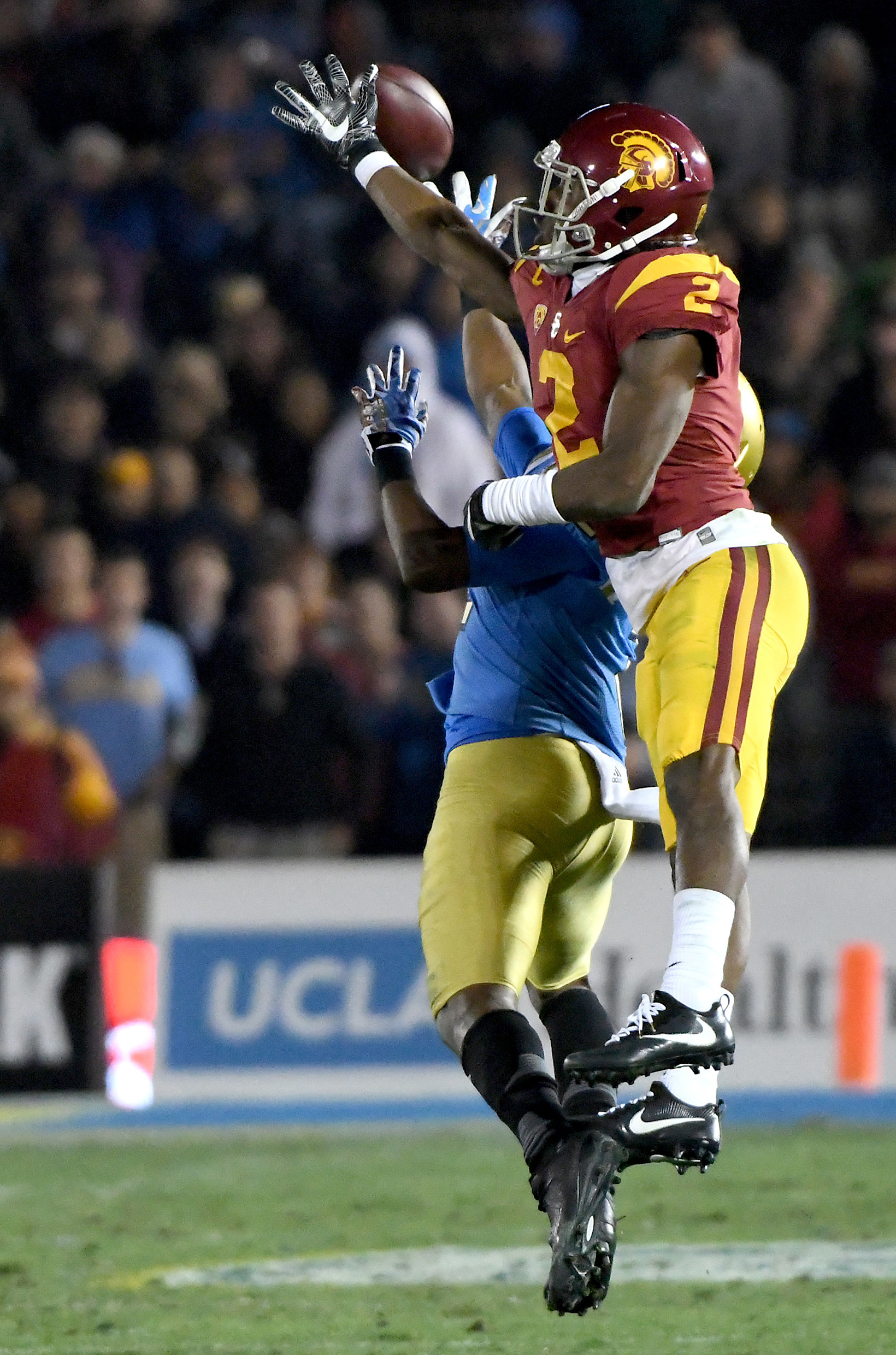 The final week of Pac-12 play has some interesting storylines. Washington and Washington State are playing a game with humungous stakes. USC and Colorado both have a shot to win the South. I will post a recap next week to show what I got wrong and what I got right. Feel free to leave comments and critiques.