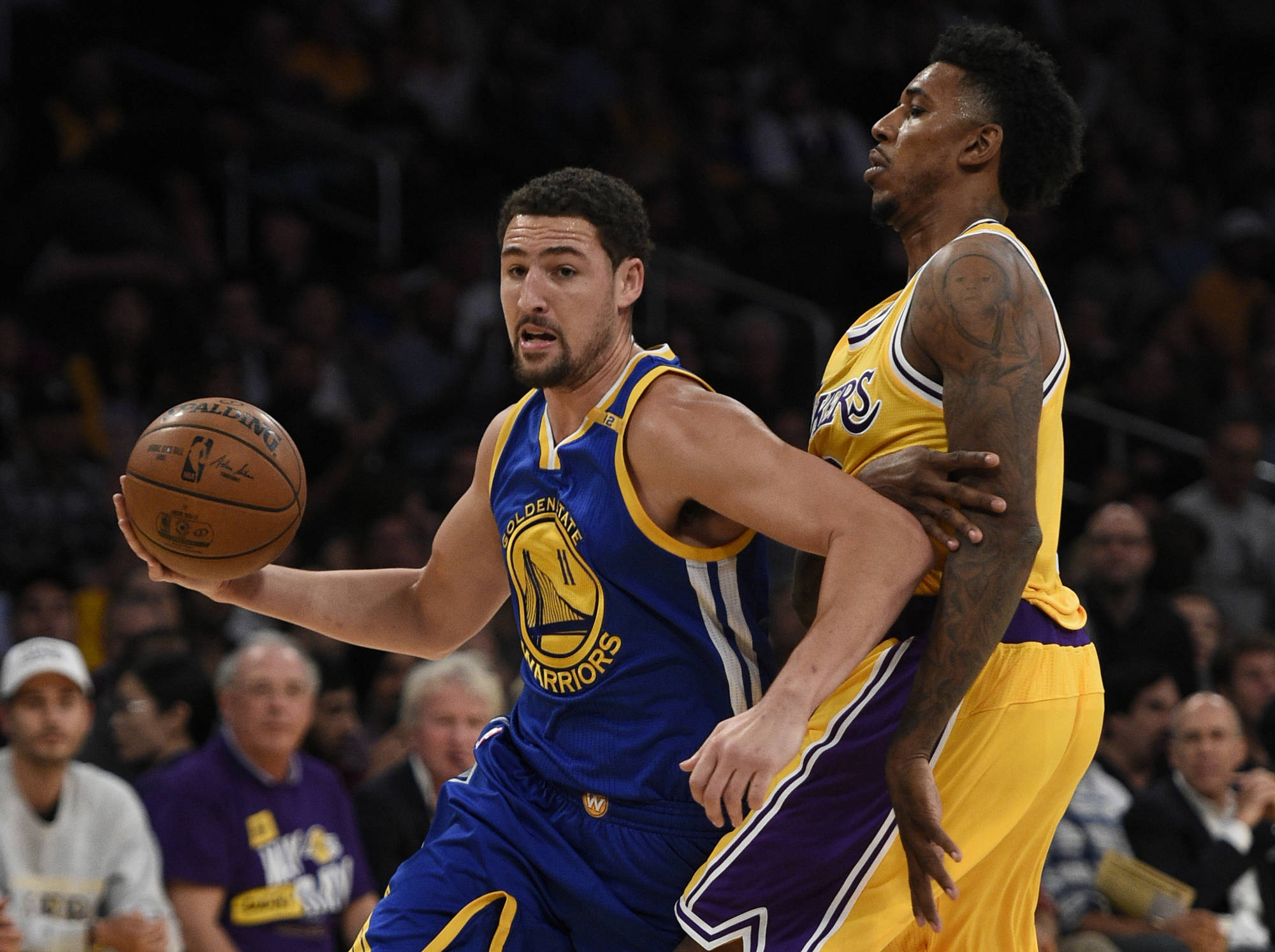 Many already heard about Klay Thompson could be dealt to Boston Celtics but shortly after that,the Warriors immediately dismissed it.

Rumors of Klay Thompson going elsewhere began when he started the season with a shooting slump, maybe the arrival of Kevin Durant abated his shooting aptitude.

If we continue trade conversation about Klay Thompson, the Los Angeles Lakers will be perfect destination for him. Thompson could took over leadership to Lakers with already consist young and promising players of D'Angelo Russell, Jordan Clarkson, Julius Randle, Brandon Ingram and Larry Nance Jr.

In the current roster, the Lakers could send re-energized and re-emerging Nick Young, former 6th Man of the year Lou Williams and a future pick.

Klay Thompson will definitely have no problem also about associating himself in the coaching staff and the system, with his former coach in the Warriors Luke Walton now being the leader and the voice on the sideline.

Klay Thompson is also the son of former Lakers Power Forward / Center Mychal Thompson, who helped the team won the consecutive championship in 1987 and 1988.

Other Posts About Rumors

If Lillard were to request a trade.....where to?