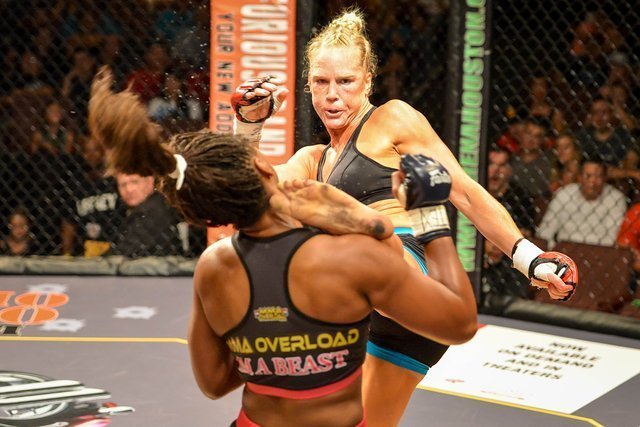 Many people in the MMA community strongly believe that Cristiane "Cyborg" Justino will be the toughest fight of Ronda Rousey's career, drawn by the potential of seeing Ronda take down a fighter who is physically bigger and stronger than her without getting hit. But what people fail to realize is that Cyborg falls right into Ronda Rousey's game plan. I'd even venture to say that Holly Holm has a better chance to beat Ronda Rousey than Cyborg.

Cyborg is the type of fighter who likes to back her opponent up against the cage and do one of two things. She will:

1. Throw a left jab followed by a straight right, which typically drops her opponent to the ground, OR ...

2. Use her big body frame to maintain her opponent in one area.

There is a fighter, however, who may offer Ronda Rousey a tougher fight in one or two years and that is Holly Holm. She has a particular style of fighting -- hallmark move being a left jab along with a right side kick and a left front kick -- that could force Ronda Rousey to fight in a different style than she is accustomed, which will mean box or go for a normal takedown. We have never seen Ronda in that situation before to end and could make for a tougher fight, if not maybe even a loss.

Miguel Cotto Does Not Have The Skillset Requir…

Wide Receiver May Be The Most Dependent Positio…

The Emergence Of Odell Beckham May Lead The Gia…

Floyd Mayweather-Conor McGregor is the Real-Lif…