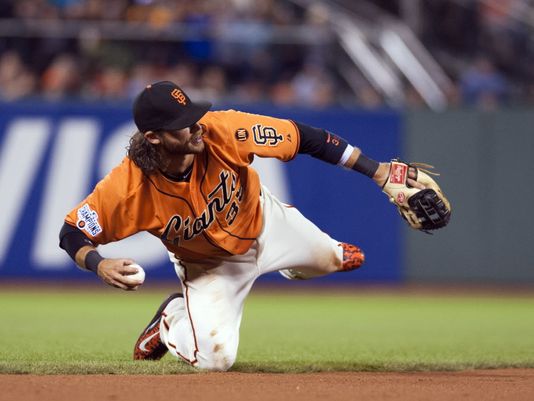 Even though many major league baseball experts have the San Francisco Giants finishing second in the National league east, in reality, they should be considered the favorite to win the division because of their defense. During the past couple seasons, the San Francisco Giants organization has done very good job at developing and/or acquiring players who are capable of fielding batted balls before it gets past them on a consistent basis. The action of fielding batted balls before they get behind the defense can be quantified by looking at an advanced statistic called range runs. According to sporting charts, range runs can be described as "a metric that determines how effective a fielder is (outfield or infield) at cutting off batted balls (fielding batted balls before they get behind the defense) hit to various areas of the field. The resulting value is an indication of how many runs a certain fielder has gained or lost for his team compared to what an average" fielder would do on plays in the same area of the field". Coming into the season most of their roster is above average when it comes to this statistic, for example, last season Brandon Crawford saved 6.4 runs for the pitching staff. This is because when is fielding a ground ball he likes to take three to four steps and then dive which allows him to cover more ground in a shorter period of time. As a result of this, there is no pressure on the starting rotation to make the perfect pitch every time. This is because the starting rotation knows that if they get the opposing hitters to hit a ground or fly ball that there is a high possibility that the defense will get to the ball due to their range.

Their superb range on defense will give the offense an opportunity to continue to implement the game plan of staying patient at the plate and taking as many pitches as possible. This is because most of the starting lineup knows that they can cover a large amount of ground to catch the ball or cut it off before an opposing base runner can take the extra base. Thus giving the pitcher an opportunity to limit the damage or get out of the inning unscathed. As a result, the lineup doesn't have the pressure of needing to swing at pitches early in the count in hopes of tying the game up with one swing or getting on base to start a rally. Instead, they can take some pitches early in the count until they find the right pitch to hit that in the process will help fatigue the opposing pitcher