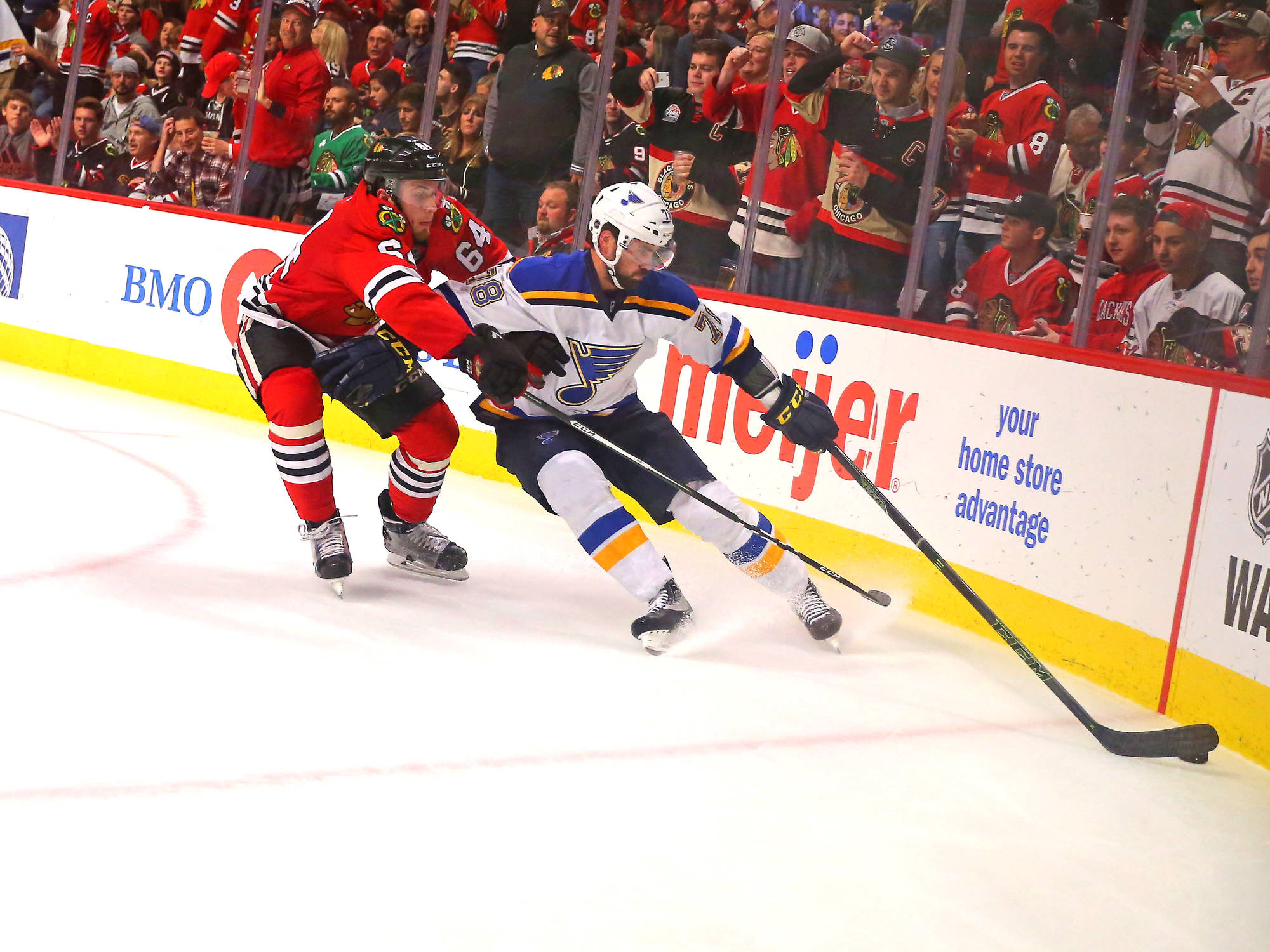 Good afternoon Blues fans! The NHL season drops the puck tonight with the Blues in Chicago to face the rival Blackhawks. It marks the 302nd regular season meeting between the two teams. The Blues are celebrating their 50th year in the existence and it kicks off with a bang.

While it's only been 5 months since that thrilling seven game series in the first round, both teams have made significant changes in that time. The Blues said goodbye to David Backes, Troy Brouwer and Brian Elliott in favor of promoting their youth into key positions. Alex Pietrangelo was elevated to the role of Captain and players like Vladimir Tarasenko, Robby Fabbri and Colton Parayko will be asked to take on more responsibility.

For Chicago, Andrew Shaw and Teuvo Teravainen were moved out in offseason trades and Andrew Ladd signed elsewhere in free agency. With the cap constraints Chicago will be forced to start up to 6 rookies tonight. While they still have pop in the top six , starting a slew of rookies will put a lot of pressure on those top players.

One of those top players is Marian Hossa, who is seeking his 500th career goal. Hossa ended last season at 499 and gets a favorable matchup against the Blues. In 49 games Hossa has 21 goals and always seems to get a big goal against St. Louis.

The Blues welcome back a familiar face tonight as well as a new one. David Perron returns after four years away and will play with Tarasenko and Jori Lehtera on the second line. Newly acquired Nail Yakupov will start on the third line with Patrik Berglund and Dmitrij Jaskin. Alexander Steen is also in the lineup after recovering from offseason shoulder surgery quicker than anticipated.

One change from yesterday is Joel Edmundson will be in the lineup instead of Carl Gunnarsson who will be a healthy scratch. Robert Bortuzzo, who had a strong camp, will be paired with Kevin Shattenkirk while Edmundson will play alongside Colton Parayko.

Jake Allen gets the start tonight after an injury scare in the last preseason game. Allen enters this season as the clear cut number one goalie and we will see if he can live up to the lofty expectations fans and management have for him. Corey Crawford will be in net for the Blackhawks.

Time to get pumped Blues fans! The puck drops at 7 tonight on NBCSN. ?