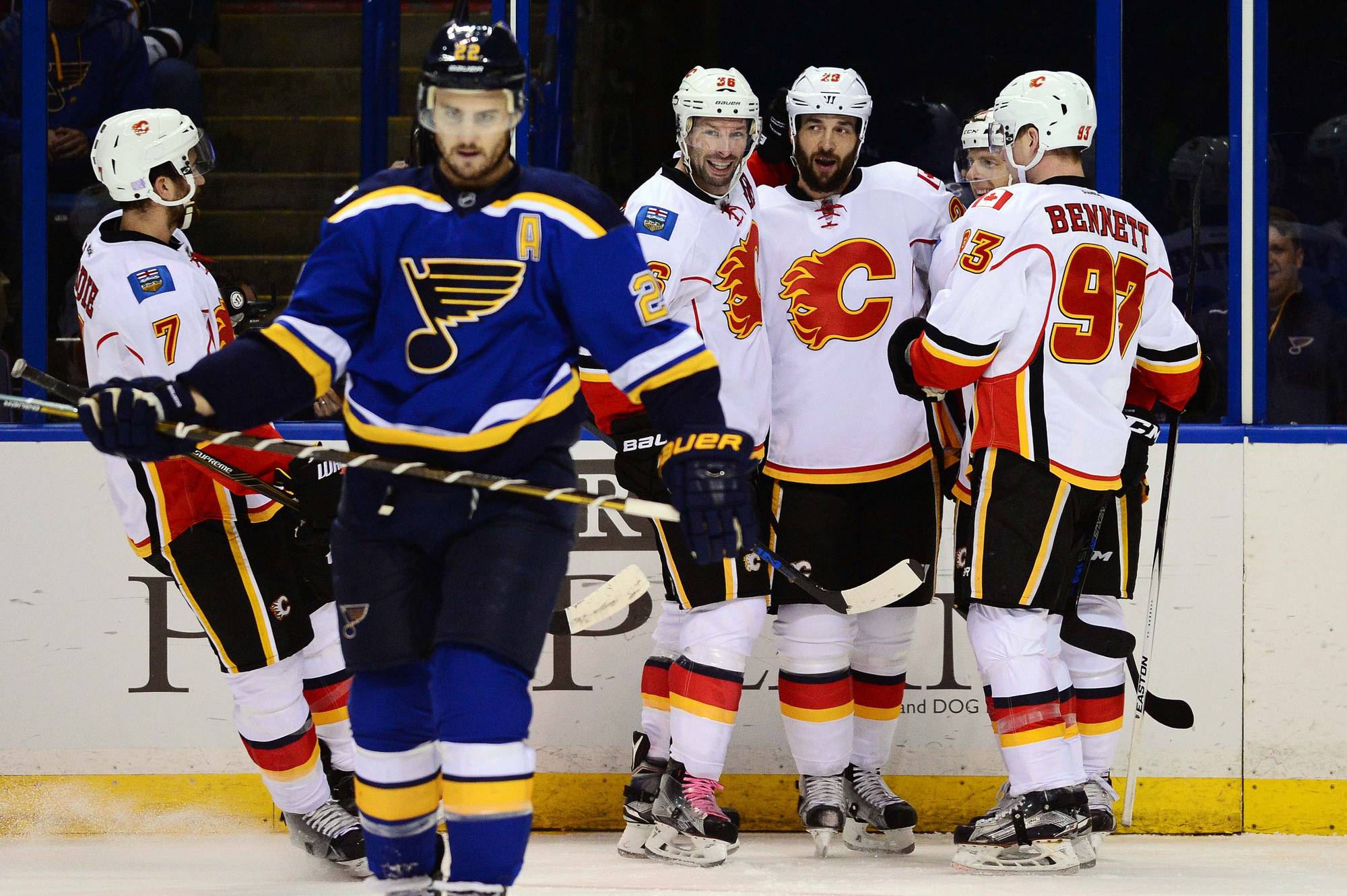 The Blues took a step back this week after a quick start to the season. After a blazing 3-0-1 start the Blues continued their Western Canada trip with stops in Edmonton and Calgary before returning home for a rematch with the Flames.

After an overtime loss to Vancouver the Blues were looking to get back to their winning ways against Edmonton. Things looked good when in the second period Nail Yakupov got the Blues on the board with a goal against his former team. But Cam Talbot continued his strong play early in the season by not allowing anything else after that.

The Oilers tied things up on a Tyler Pitlick goal and took the lead early in the third when Milan Lucic put one past Jake Allen. An empty netter by Conor McDavid sealed the 3-1 win for Edmonton and sent the Blues to their first regulation loss of the year.

The power play continued to struggle after a hot start, going 0 for 3 but the penalty kill extended its scoreless run to 16 straight penalties killed. After going 13-4-3 over the last 10 years at Rexall Place, the Blues opened their history with Rogers Place with a loss.

Two nights later the Blues were in Calgary to face some familiar faces, although two were riding the bench. Matthew Tkachuk was a healthy scratch while Brian Elliott was backing up Chad Johnson after starting the season off slowly.

On this night it was a former Blue who came back home that stole the show. David Perron was searching for his first points of the season and he decided to jump right into the middle of the teams stats sheet with a four point game. Perron netted his third career hat trick and added an assist on an empty net goal by Alexander Steen to lead the Blues to a 6-4 win.

The power play got back on track with two goals in four chances and the penalty killers ran their streak to 19 straight kills. The special teams had to be sharp as Jake Allen had his first true off game of the season. After allowing an average of two goals a game to start the year, Allen yielded 4 to the Flames. Kris Versteeg collected his first two goals as a Flame and Mark Giordano scored his first of the year in the loss.

When the Flames arrived in St. Louis Tuesday night they decided to give the St. Louis connections a share of the limelight. They promptly stole it. Brian Elliott stopped 23 shots, Dennis Wideman cracked the penalty kill streak with a goal and Matthew Tkachuk and Troy Brouwer added assists as Calgary jumped out to a 3-0 lead and throughly controlled the game.

Kevin Shattenkirk got the Blues on the scoresheet with a power play goal early in the third period and Carter Hutton stopped 26 shots but it wasn't near enough as Calgary got revenge for Saturday nights loss with a 4-1 win.

Despite the 1-2-0 week, the Blues remain atop the Central although they are now tied with the Minnesota Wild with 9 points. The Blues will get some help back tonight as Jori Lehtera returns to the lineup.

The Blues will honor Barret Jackman tonight before hosting the Detroit Red Wings. The three game home stand wraps up Saturday night against the Johnthan Quick-less Kings. The Blues wrap up their week in New York Tuesday night when they face the Rangers.