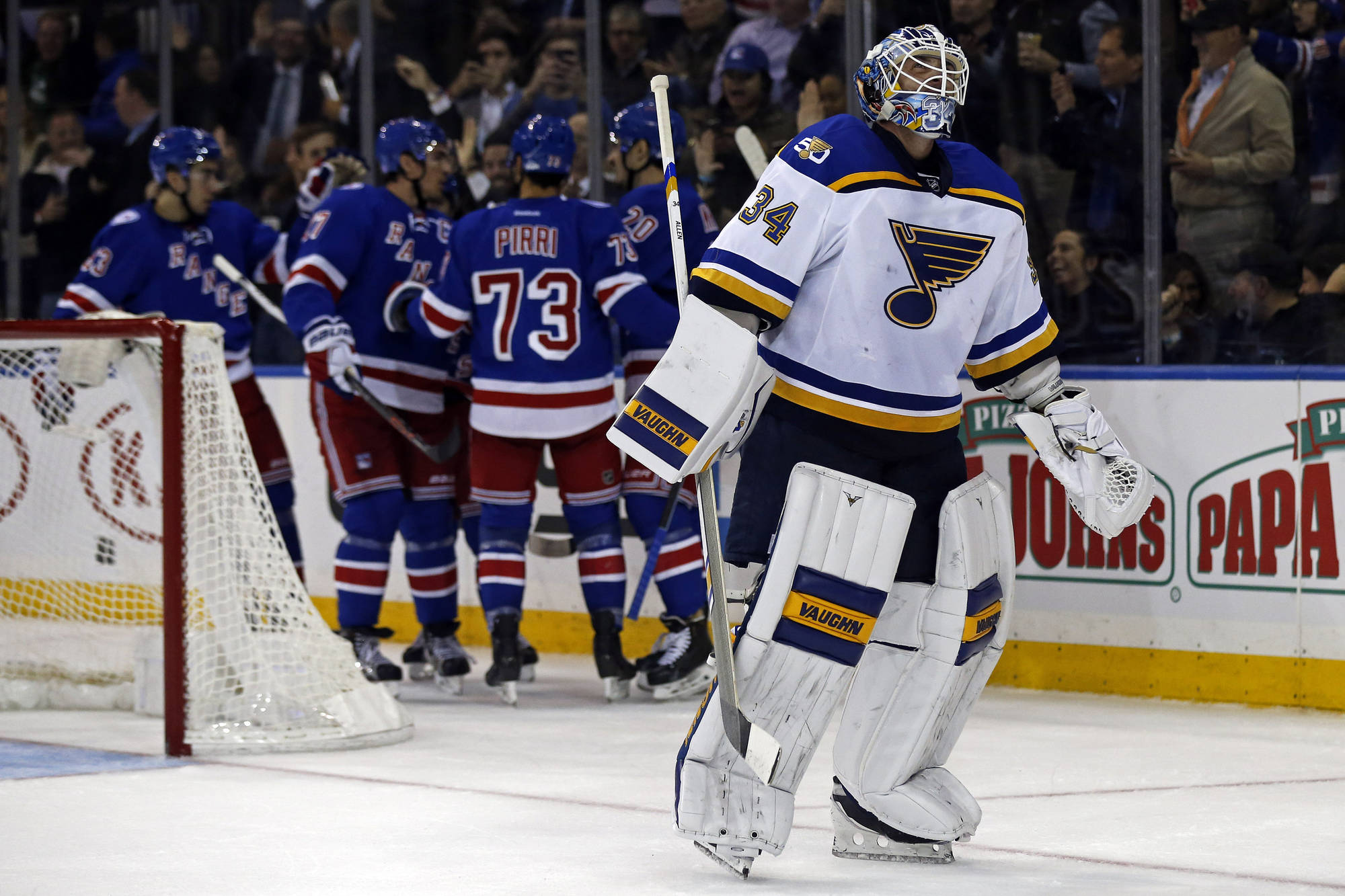 The return of Jaden Schwartz to the lineup was supposed to help the Blues break out of a funk scoring goals. Unfortunately instead of getting better, things some how have gotten worse. After starting the season 3-0-0 the Blues are riding a 2-3- streak but what's worse, they have scored one goal or less in 6 of those 7 games.

That streak included this weeks three games against Detroit, Los Angeles and the New York Rangers. The Blues hosted the Wings on Thursday trying to end their five game winning streak. Kevin Shattenkirk scored for the second straight game and just like the game before it would prove to be the only Blues goal of the night. A breakdown on the power play gave Detroit the chance they needed to get back in game and Frans Nielsen knotted the game up at one with a short handed goal.

The game would go to a shootout which seems to never favor the Blues, especially against Detroit. Alexander Steen would open the shootout with a goal only to have Gustav Nyquist tie it up in the second round. The next 11 shooters would see their shots stopped before Henrik Zetterberg would beat Jake Allen tomgive Detroit the win.

Budaj and Allen matched each other save for save through the first two periods with each goalie making highlight reel saves to keep the game scoreless. The Blues were getting the better of the chances as the game progressed and were finally able to crack Budaj after a turnover in the Kings zone in the third period. After a board battle allowed the Blues to keep the puck in the offensive zone Vladimir Tarasenko picked the puck up near the back of the Kings net. Vlad sent a pass to Jori Lehtera who quickly fed it to Jaden Schwartz cross ice who slammed the puck home for the lead. Allen stopped all 27 LA shots to make the single goal stand up in this game and earned his 12th career shutout.

The Blues traveled to New York Tuesday night for the second and final matchup against the Rangers. Unlike the first go around, this time the Rangers controlled the game from start to finish. Henrik Lundqvist made 35 saves and earned his first career shutout against the Blues while Jimmy Vesey continued his breakout. Vesey collected three points, a goal and two assists, while Rick Nash continued to collect points against St. Louis.

Everything seemed to fail in the game for the Blues, the penalty kill allowed 2 goals, Allen was pulled after allowing 4 goals and Captain Alex Pietrangelo suffered an injury. The silver lining is Pietrangelo will play in Dallas tonight. This game showed how far the Blues still need to go and how good the Rangers actually are. Coach Hitchcock is continuing to shuffle his line so and we will see another new set tonight in Dallas and we will see if that breaks the Blues out of their slump.

The Blues take on Dallas tonight, host Columbus on Saturday, Colorado on Sunday and wrap up the week with a home matchup against Chicago. Hopefully they can improve on their 5-3-2 mark by next week