Carolina and Buffalo poised to surprise the Eastern Conference

There's always a few surprises each NHL season and theirs two teams in particular that are posed to surprise in the Metro and Atlantic Division. It is possible that neither of these teams will make the playoffs this year but their young core is strong and are poised to take big steps forward this year.

The Atlantic Divison is not the easiest to compete in these days with the likes of the Maple Leafs and Lightning predicted to be on the top of the division but there is some room to rise above teams like the Montreal Canadiens and Boston Bruins and the Sabers are poised to make that move.

A rebuild that took a wrong turn lead to the firing of GM Tim Murray and the hiring of Jason Botteril, as a Penguins fan at heart it was really tough to see this guy go because he was annually lauded as a key contributor in the Penguins cup runs. He's already made some smart decisions signing Benoit Pouliot to a low risk contract should provide some depth that was lacking for Buffalo. Forward wise there are some very nice pieces here with star center Jack Eichel and very good penalty killer Ryan O'Reilly, the Sabres are set up front for a long time. The defense though has frankly been ignored by Tim Murray and will need some tinkering. Rasmus Ristolainen is not a number one defensemen and was exposed last year. They did acquire Marco Scandella who is serviceable with Zach Bogosian but there is no anchor on this blue line and that could be a problem. There have been questions in goal about Robin Lehner but I think he's a serviceable goalie at a decent cap hit so I think the Sabres are fine here.

In contrast to the Sabres forward group and defense group the Carolina Hurricanes along with the Anaheim Ducks have one of the best young defense corp anchored by Justin Faulk, Noah Hanifan, Jacob Slavin, and Brett Pesche. Not the most household names but learn them because these guys are extremely mobile and are only going to get better.

The question for Carolina is if they are going to produce enough offense to get them into the playoffs. They signed Justin Williams over the summer which will help them. They do have a nice young group of forwards who need to take a step forward such as Elias Lindholm, Victor Rask, and Teuvo Teravainen. Goal tending wise they added Scott Darling to a team who had terrible goaltending last year with Cam Ward and Eddie Lack but Darling will be expected to be the number one goalie for a goalie whose never taken on number one duties before. 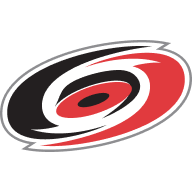 A blog about Hockey, sports, and opinions!

What's going on with Sidney Crosby?

The Penguins need Crosby and Letang to get goin…

Other Posts About Carolina Hurricanes

How the Predators flipped the script on the Hu…