Predictions for the NBA Conference Finals

After their dramatic win Sunday against the Philadelphia 76ers , the Toronto Raptors now have their eye on their final Eastern Conference opponent of 2019, the Milwaukee Bucks. The Bucks looked great games 2-5, only looking shaky during Game 1 against the Boston Celtics, but that was probably due being rusty after a clean sweep of the Detroit Pistons in the first round. Giannis Antetokounmpo has been the standout player making all of the headlines, but Khris Middleton and Eric Bledsoe have really stepped up in the absence of Malcolm Brogdon this postseason. Middleton is averaging 19.1 PPG and 6 RPG so far in the playoffs while Bledsoe is averaging 16 PPG while shooting 47.9% from the field. The Raptors, like the Bucks, are hot coming off an entertaining series against the 76ers. Kawhi Leonard has been a monster this postseason, scoring 31.8 PPG and shooting 54% from the court. A key factor in this series will be Giannis versus Marc Gasol, who has been excellent in guarding the big men of other teams. The winner of this series will need to fully utilize the depth of their team and never let off the gas pedal in any game scenario.

The series we didn't want, but didn't realize that we needed in our lives. The Golden State Warriors held off the Houston Rockets in six games, even without Kevin Durant in Game 6. Everything seems to be coming together for the Warriors: Steph Curry is getting hot, Klay Thompson is escaping his playoff slump, and the bench has been stepping up game after game. The big question for Golden State going into the WCF is whether or not Kevin Durant will play, due to him straining his right calf in Game 5 against Houston. It was reported this afternoon (May 13th) that Durant will not play in Game 1 in California and would be reevaluated on Thursday. The Trail-Blazers, yet again, have been overlooked all season and have been quietly one of the best teams in the league. They finished 3rd in the West ahead of the Houston Rockets and were rewarded with not having the possibility of facing the Warriors until the Western Conference Finals. Well, Portland Golden State won their two respective series, so now they have to face the powerhouse called the Warriors. Damian Lillard was a little quiet in Game 7, which was weird for the star who has been lights out the rest of the series. In the absence of Lillard however, CJ McCollum stepped up to the plate and delivered. The series will be closer than most fans think, so watch out for a potential upset and an end to the Warriors' reign in the Western Conference.

If you enjoyed the article, feel free to follow the blog and like the post! Catch me on the podcast "I'm Right You're Wrong Sports" on SoundCloud! If you ever want to contact me about anything related to sports or the blog, please feel free to send me an email at [email protected] and I will try to get back to you as soon as I can. 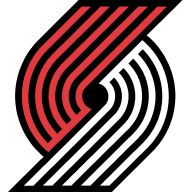 I predict big games, give power rankings, winners and losers lists, and other news.

3 Takeaways from the 2019 NBA Draft Lottery

Deflategate: A Revisit to one of the Most Contr…

Other Posts About Kawhi Leonard