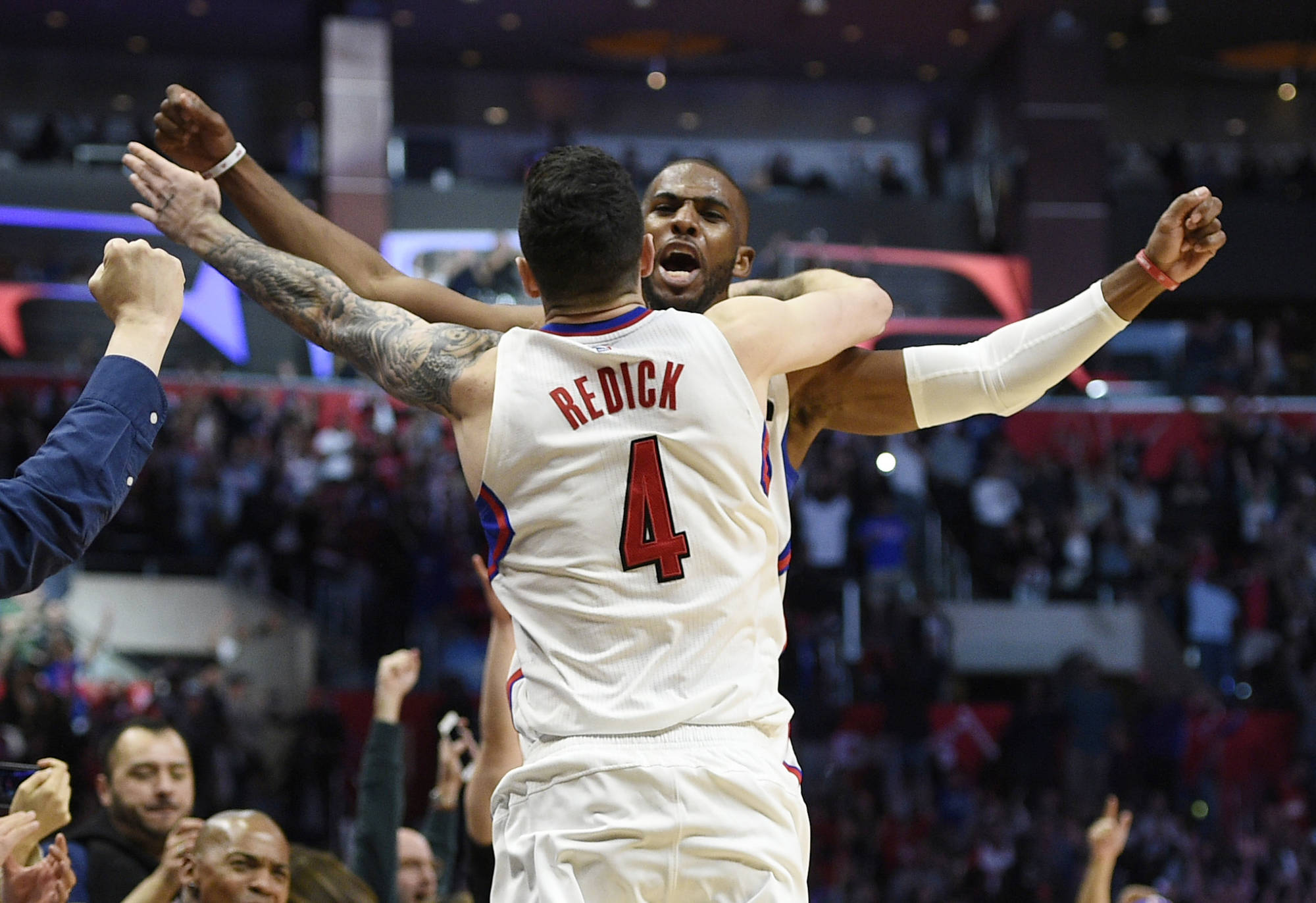 The Clippers enter the playoffs as healthy as they have been all season. Their position as the fourth seed in the Western Conference has been unchanged for most of the second half of the season with historic seasons by the Warriors and Spurs and the consistency of a healthy Oklahoma City squad. Given the predictable situation, the Clippers have had plenty time to realize that they would either need to beat the Warriors or Spurs to to get out of the second round of the playoffs for the first time in their history. Unfortunately, the Clippers enters the playoffs having only played five games with the roster fully active and have not been able to develop and grow throughout the season with acquisitions made at the trade deadline and players in and out of the lineup due to injuries. Luckily, the Clippers have a series versus the Portland Trail Blazers to figure everything out before they presumably face the first 73-win team in the Golden State Warriors. Below are the keys for the Clippers to find postseason success. 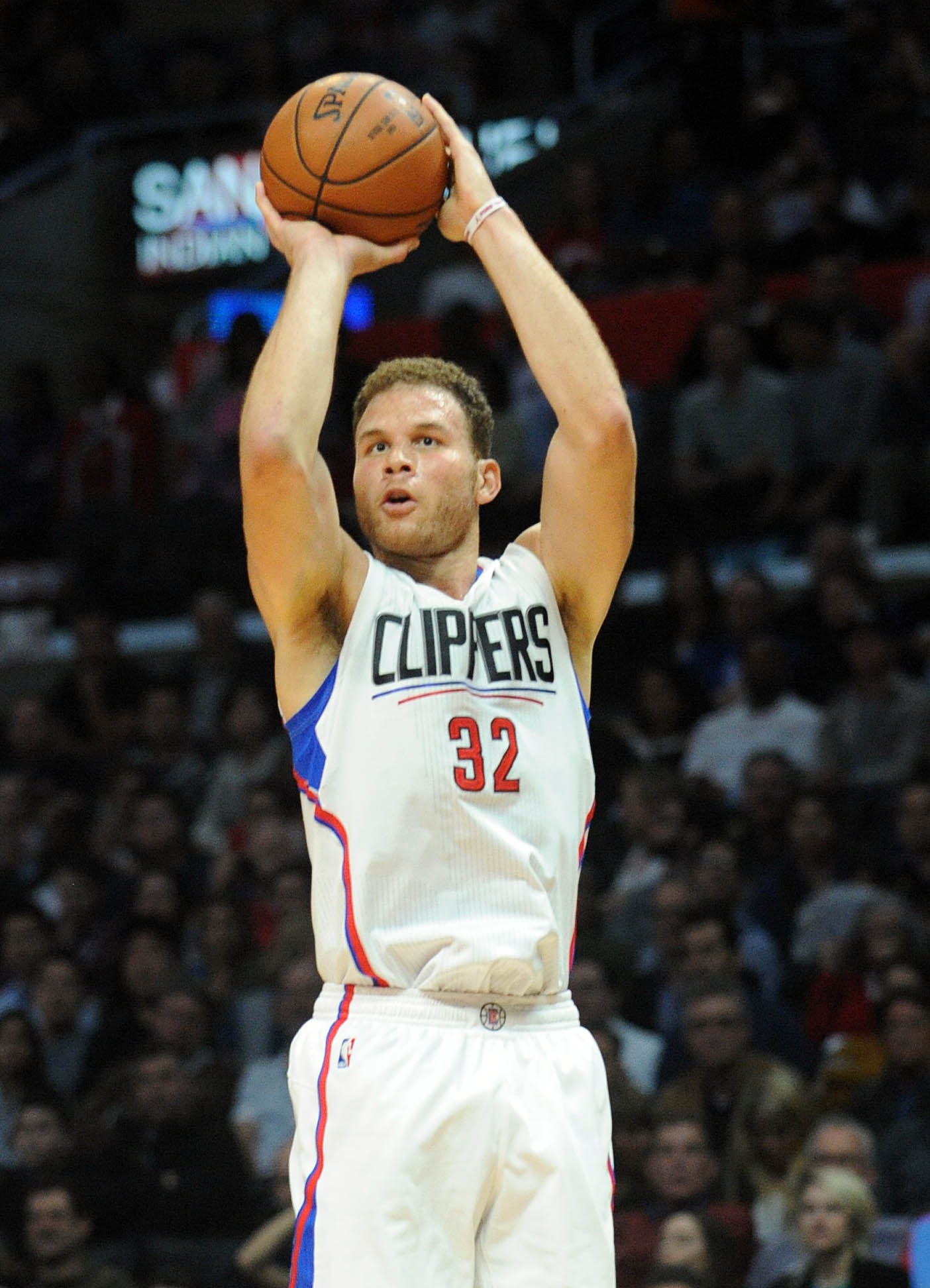 It’s been a long season for Blake Griffin who’s been out for most of the season with a partially torn quad muscle and broken right hand. With his recent return to the lineup versus the Washington Wizards on April 3rd, Blake has had a short time frame to get himself back into playing shape before the playoffs start. Griffin has shown flashes of his former self with a couple of athletic dunks, however he has looked far from being 100% comfortable on the court. From an offensive standpoint, Griffin is hesitant whenever the ball is thrown to him as he waits to decide whether or not to make an offensive move or make a pass to a teammate. His indecisiveness causes disruptions to the offense that has seen more movement with him out of the lineup. For the Clippers to continue their 6th overall offensive efficiency rating, Griffin is going to have to be more decisive when he gets the ball and find open spots on the court to help with offensive spacing. With only a couple weeks before facing the Warriors, the Clippers are hoping that Griffin can rekindle his performance from earlier in the season where he was playing at an MVP level. 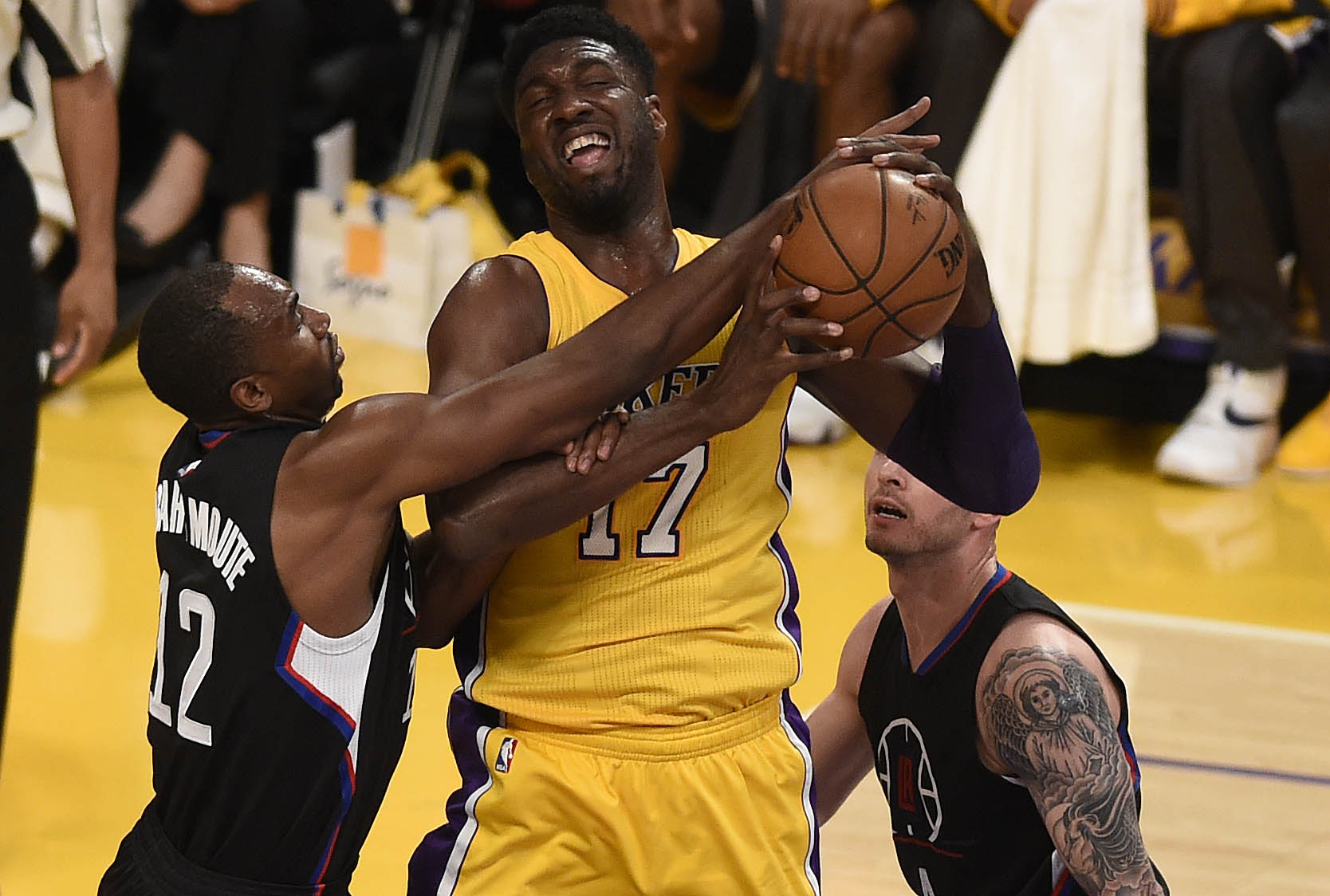 While the Clippers find their overall defensive efficiency improved to 4th in the association, a glaring weakness that could come back to haunt them is their inefficiency on the defensive glass. The Clippers have the third worst defensive rebounding percentage at 73.8% and rank in the bottom ten in second chance points given up to opposing teams. It has been very frustrating watching the team play solid defense during the first 24 seconds of the shot clock only to watch an uncontested offensive put back or an additional second or third possession that results in a scoring opportunity for their opponent. With an offense that relies on fast break opportunities, the Clippers must buy-in as a collective unit and put a body on someone when the ball goes up for a shot. If they don’t, expect another second round exit in the playoffs. 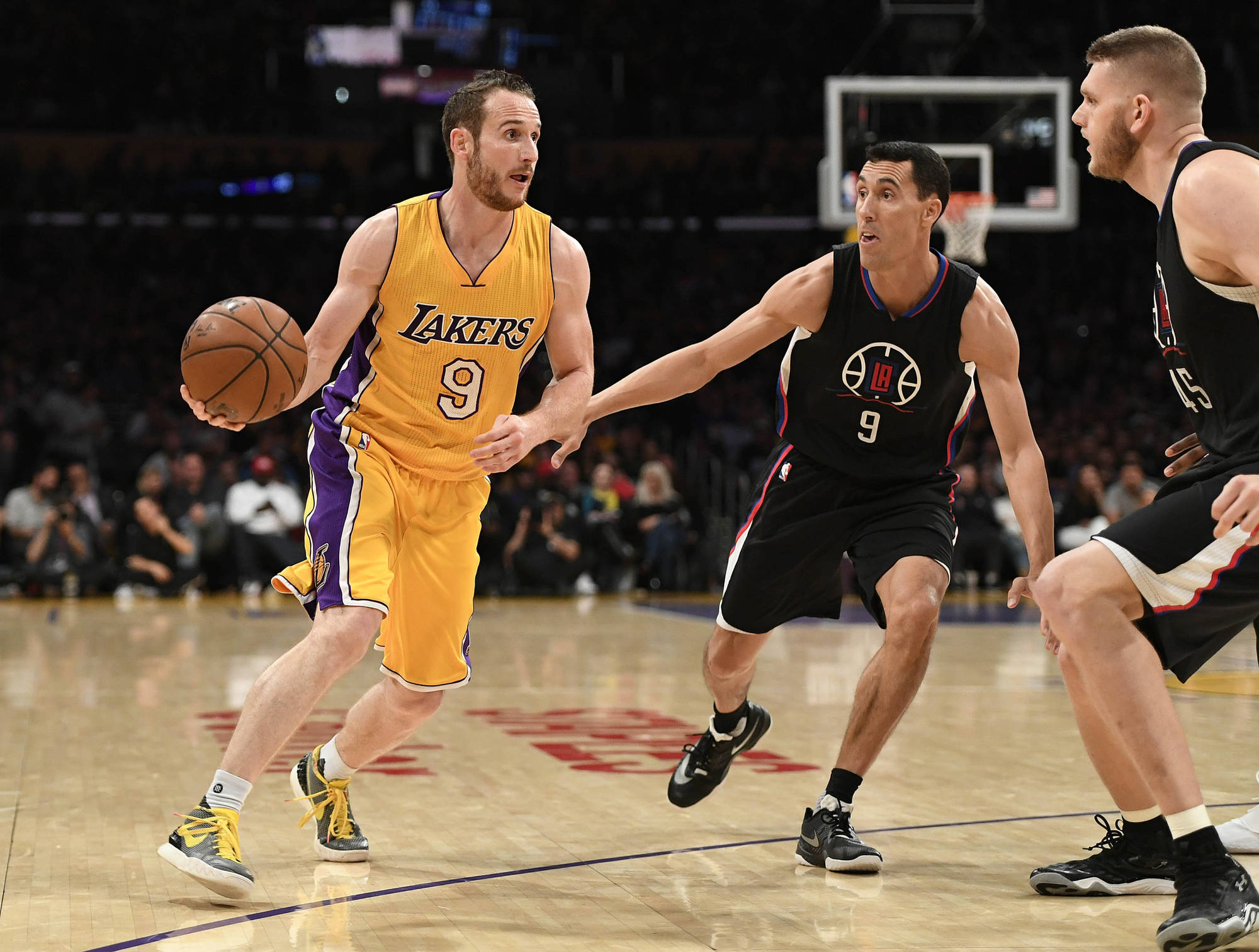 The Clippers experienced a lot of turnover with their roster early on this season by trading away new acquisition Lance Stephenson for Jeff Green while also sending Josh Smith back to the Rockets. In addition to these trades, Austin Rivers missed significant time due to a broken hand while J.J. Redick (back spasms) and Jamal Crawford (calf) missed some time as well creating opportunities for role players such as Luc Mbah A Moute, Wesley Johnson, Cole Aldrich and Pablo Prigioni to solidify a bench that appeared to be a weakness. With players stepping up at different times in the season, Doc Rivers finds himself in a difficult position in figuring out the proper rotations and minutes to give to his players. For example, Luc Mbah A Moute has started the most games at small forward this season, however the Clippers acquired Jeff Green halfway through the season to add a scoring punch that is simply not Luc’s skillset. Additionally, with Blake Griffin back in the lineup, Doc will have difficulty finding ways to give playing time for Aldrich who has proven to be a valuable rebounder, shot blocker and defender and a surprising scorer around the basket who can finish with his left or right hand. With an eleven man deep roster, the Clippers will need to find chemistry with the various options available at Doc’s disposal. 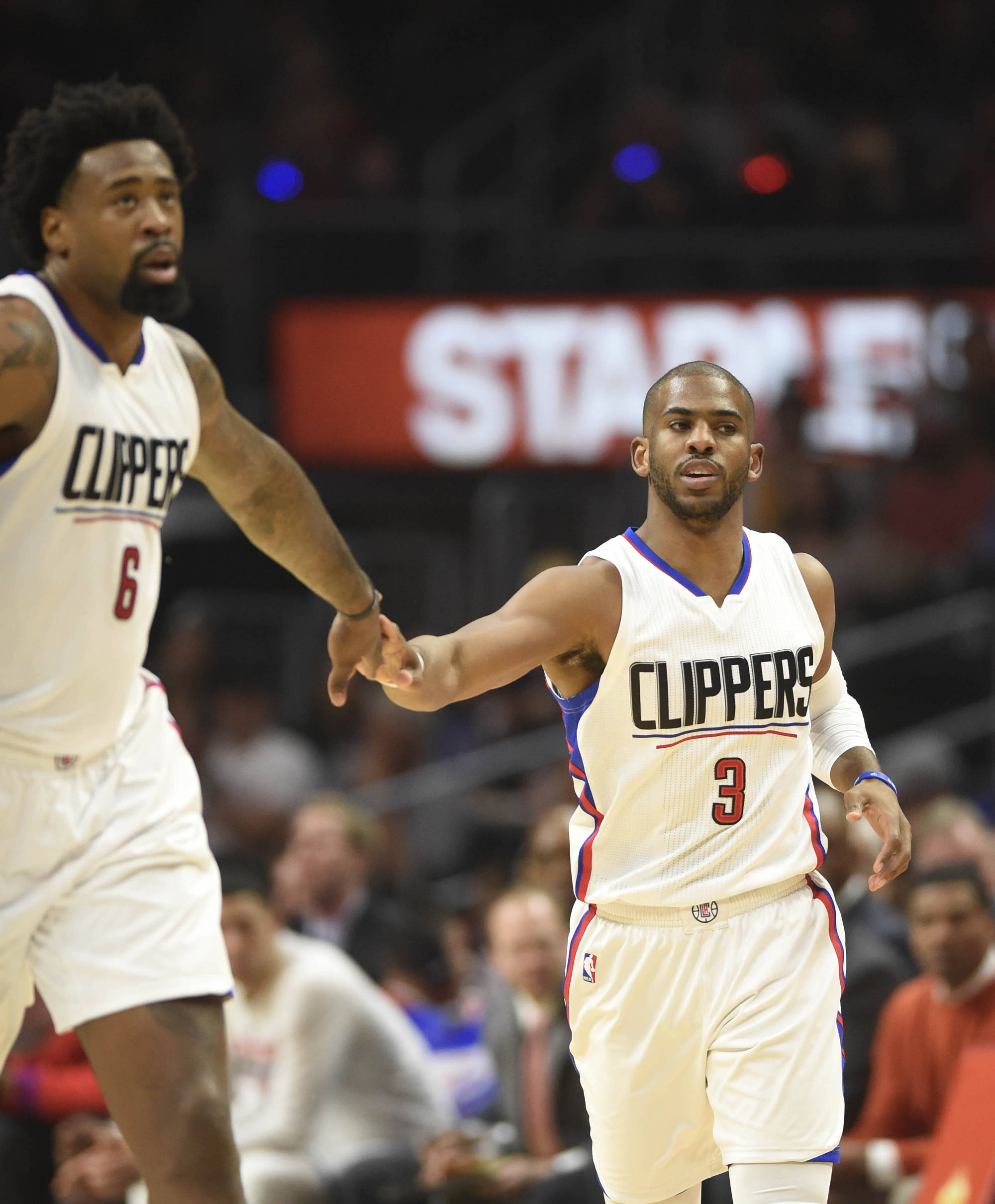 The Clippers shouldn’t run into any problems facing the Trail Blazers as they have more talent at virtually every position. If everything goes according to plan, the Clippers should come away with a clean sweep and plenty of time for preparation against the Warriors. While there is certainly enough talent on the roster to contend and beat the Warriors as shown in their first match up at Staples, the final question remains whether there is enough time to put the pieces together to reach their full potential. If the Clippers can solve the three issues above, don’t be surprised to see the Clippers in the Western Conference Finals.