Al Horford is no longer with Atlanta. He has signed with the Boston Celtics and immediately strengthens a playoff contender. I will let Woj give the details of the contract.

This is a great move by both Boston and Horford. Horford cashes in on his top 10 center status and may actually be in a position to contend for the ECF and just maybe (emphasis on maybe) contend for a championship. Let's take a look at Boston's potential rotation (assuming they bring back all of their FA's such as Sullinger and Zeller) next year

I honestly think the Celtics could earn a top 4 seed and (best case scenario) make it to the ECF. Could they make the Finals? As it stands, I'm not sure if any team could beat the Cavs in a 7 game series. I'd have to wait until the season starts before I could make guesses and predictions. 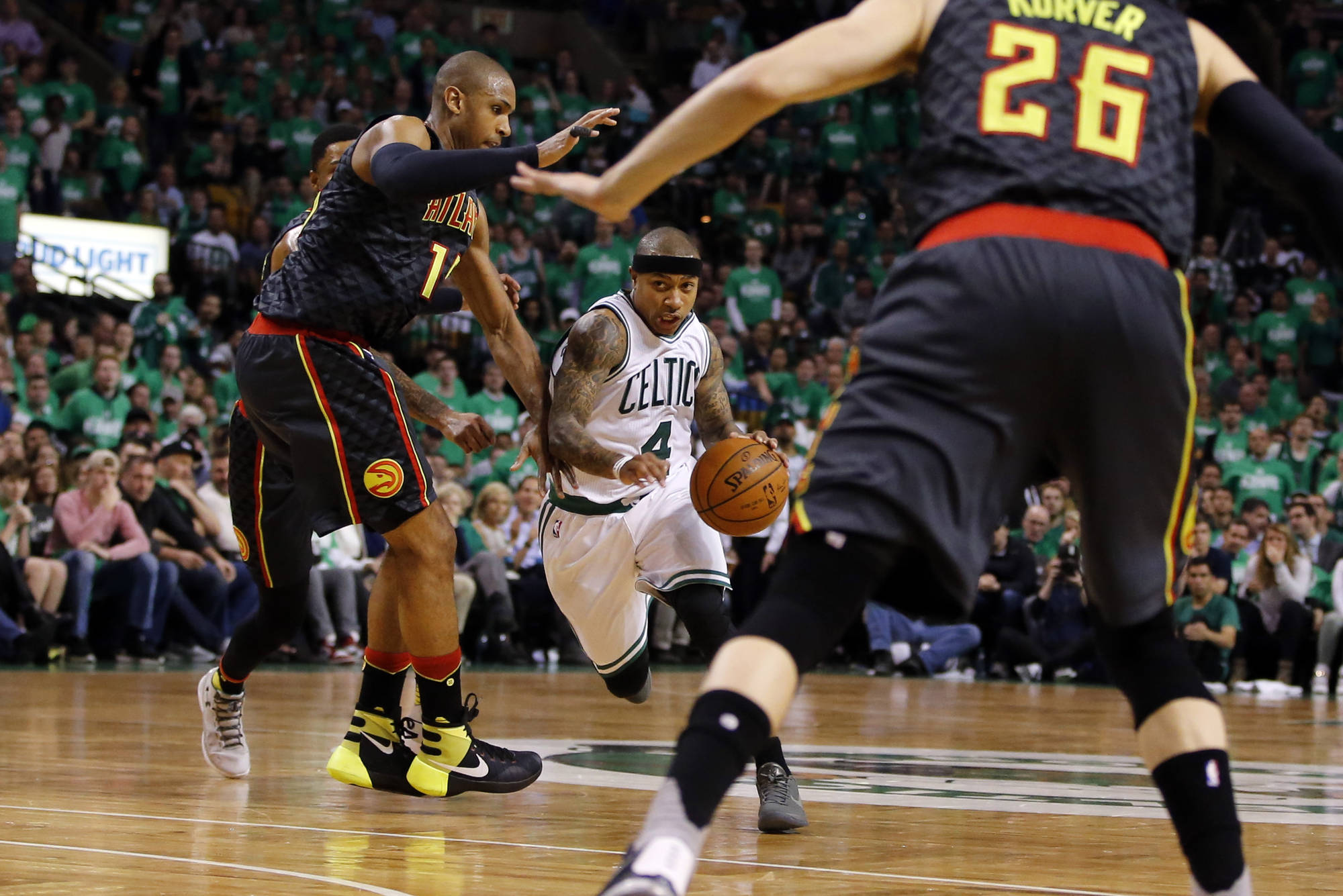 Is Horford the missing link for the Celtics?
David Butler II-USA TODAY Sports

Overall, Horford gives the Celtics an established star to pair with solid pieces in Crowder, Thomas, and Bradley. Some may point to the contract as being too much of an overpay, but in this FA market where role players are making more than $60 million dollars, an established star like Horford must make way more than role players. This was a great contract given the market in today's NBA and as such I give this signing an A-

Thanks for reading my article. If you liked it, please don't hesitate to hit that follow button so you can always be on top whenever a new article of mine drops. Got any suggestions on how to improve my writing? Kindly leave a comment down below. Thanks!

Views from the Couch- The Heat Implode

Other Posts About Boston Celtics

How to bet the NBA Finals

The NBA has a fan "engagement" problem