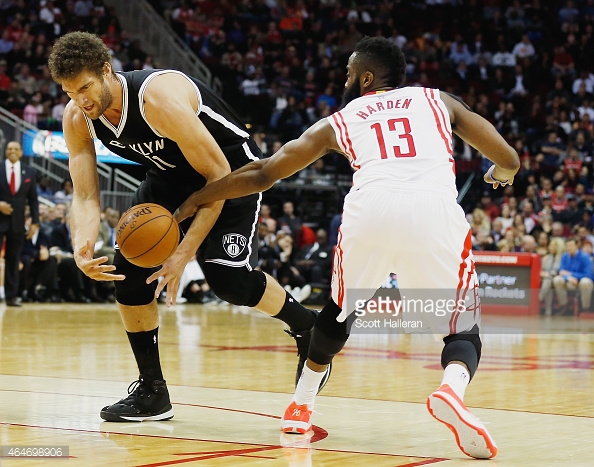 The Brooklyn Nets is now reportedly shopping Center Brook Lopez before the trade deadline this season.

Lopez is the only player left after the star-studded casts of him, Paul Pierce,Kevin Garnett, Joe Johnson,Deron Williams and Jason Terry in 2013.

The Nets threw away most of their assets, to be able to get these men but at that time, the team achieve only until the second round of the playoffs.

The following year still unable to reach the second round. And in 2014, they waive Deron Williams, and Joe Johnson.

Lopez still able to be the team leader in points and could be huge a contributor to a title contender team if the Nets able to unload him.

This been a best option for the Houston Rockets to come to deal with them. The Rockets are now looking for a 2nd star player to pair with them after the unsuccessful pairing with him to Dwight Howard.

The Rockets can deal some of their valuable pieces to Nets like , Corey Brewer, Clint Capela, Sam Dekker and Montrezl Harrell.

The Rockets is already a conference title contender with mu Nene Hilario, Trevor Ariza, Ryan Anderson and Eric Gordon in the roster and now coached by prolific offensive-minded  Mike D'Antoni.

Patrick Beverley are yet to comeback from a minor knee surgery.