Back to mid-week matches! Let's do this thing!

Nashville SC will host (yes, a home match it's shocking, I know) 13th placed D.C. United on Wednesday night at Nissan Stadium in a match where The Boys in Gold could actually be favored.

I thought the injuries Nashville had piling up was bad, but wow, was I wrong. Coming off of a 2-2 draw with Toronto FC this weekend, D.C. will not bring Paul Arriola, Edison Flores, Felipe Martins, Ulises Segura, and Mohammed Abu to Nashville.

All five players are injured and two more, Steve Birnbaum and Russell Canouse, are questionable.

And, with Randall Leal expected back tonight after missing the last two games, hopes are high amongst Nashville fans. Coming off of a tough 2-0 loss to the Columbus Crew on Saturday - in a match where NSC was the better team - this is a must-win in my book.

Although Leal returns to help the attack, Nashville will be without stalwart fullback Daniel

Lovitz who is suspended tonight due to yellow card accumulation (five yellow cards).

This will be the first time as a franchise that Lovitz is not on the pitch tonight as he hasn't a minute thus far this season.

Don't expect to see a whole lot of goals in this match. D.C. United has totaled 11 goals in 12 games while Nashville has done slightly worse with nine in 11.

With the over/under set at 2, I think it would be rather safe to take Nashville 1-0. What are the odds that NSC scores more than once tonight? I would say about 10 percent. They score and sit back and see out time.

That win over Atlanta United was an anomaly.

Let's get back to winning ways tonight boys! 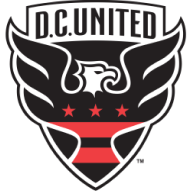 The Nashville Predators are smart to lock up …