Three takeaways as Nashville SC settles for another draw

On a rainy Sunday night in South Florida, it looked like goals were bound to come as Nashville SC and Inter Miami CF went toe-to-toe for the second time in a week. Both sides created several quality chances, but fans were left with a 0-0 draw after 90 minutes.

Although Nashville created some quality chances off of set pieces, they really struggled to create from the open run of play.

Here are my three takeaways from the club's third draw in nine matches.

The glimpse of the 4-4-2 was exciting

After the half, manager Gary Smith changed his formation ever so slightly to create some scoring opportunities.

The Nashville boss moved Hany Muhktar from his usual central attacking midfield spot to the front line with Dominique Badji. When the number 10 moved up to play striker alongside Badji, Alex Muyl and Randall Leal moved wider on the wings and dropped level with Dax McCarty and Anibal Godoy to form a midfield line that stretch from sideline to sideline.

This change, though not incredible, was a nice glimpse of what Smith could be cooking up on the training grounds.

It was clear from the off that Muhktar was instructed to shoot when he felt he had a look as he had five shots total (a season high), but only one was on target. It is worth noting that when Hany moved up to play as a hybrid striker, Dom Badji was much more involved in helping the attack.

He had 23 touches and created a season high three shot attempts in this match. He likely should've scored in the 24th minute off of a set piece, but a strong kick save from the Miami goalkeeper kept the scoreboard blank.

On two occasions, there was a clear play that was worked on during training that looked very good.

The first chance - which nearly resulted in a goal from Badji in the 24th minute - was spectacular. From a pretty great distance, Daniel Lovitz played the ball low on the ground to McCarty, McCarty then played a looping cross to the back post where Walker Zimmerman headed the ball back into the six-yard box and onto the waiting cleat of Badji.

The one-touch passes and the awareness of each player involved in the buildup was stunning and should've resulted in a goal.

The other play that impressed me was off of a corner kick.

Muhktar took a corner short, played a give-and-go, then set up Godoy for a good shot on the edge of the box.

Nashville has been great on set pieces (it is the only area on the offensive end they have impressed) and Smith knows that his team can execute set plays like this. Let's see more of this in the coming weeks!

The MLS veteran in net for Nashville earned yet another clean sheet against the other expansion team in the league and it was his fourth of the year.

Willis made five stops on the night and was stunning in a couple of one-on-one situations.

While Miami did let him off the hook by failing to hit the net on their best chances, Willis was great commanding his defenders, clearing the ball, and his kick save in the 57th minute helped Nashville at least earn a point.

Even though NSC is in 11th in the Eastern Conference, allowing nine goals in nine games is impressive. It is even better when you realize that seven of those nine goals came in three matches. 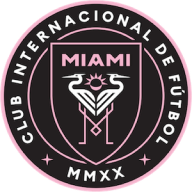 Mike Vrabel has made the Titans a desirable tea…

The Titans will lean heavily on veteran kicker …

Other Posts About Inter Miami