Nashville SC made it two matches in a row with points and surprised many fans on Wednesday night as they came from behind to draw with in-form Orlando City 1-1 in an empty Nissan Stadium.

Manager Gary Smith deployed his strongest starting XI against an Orlando team that defeated Atlanta United 3-1 over the weekend.

Just a week after NSC was soundly beaten in Florida by the Lions, Nashville went from their worst half of football this season to maybe one of their best in the second 45. Here are my three takeaways from the draw.

Hany Muhktar and Randall Leal are the catalysts

Hany Muhktar's raw skill and ability to create chances on offense is what Nashville SC was expecting when they signed him as the first player for the MLS team. It's clear watching him that he has worked rigorously on his dribbling in tight spots and it sure did pay off last night.

Muhktar, Leal, and Anibal Godoy linked up nicely on the edge of the Orlando box to score Nashville's lone goal early in the second half.

This was Muhktar's second assist of the year - his first came in the loss to Orlando last week - and the Costa Rican international, Leal, scored his first Major League Soccer goal with a stunning finish.

These two international players are expected to do just this week after week and this could be the momentum building goal that sparks the attack. Leal has been trying to find that first goal as he adapts to the game in the US - he leads the team in shot attempts (22) and shots on target (10) - and to get the monkey off the back and score the first is a huge relief.

It's time to bench Dominique Badji

I have been quite vocal over my displeasure with striker Dom Badji. Sporting the number nine for Nashville, he is the starting striker for Smith and he is expected to score goals. In fact, he has only come close once this season.

I will go more in-depth on the Badji situation more in another article, but I am honestly shocked the manager keeps starting this guy. No, Daniel Rios has not been much better, but wow Badji looks so out of his element leading the attack I'm shocked.

This is his sixth year in MLS and it looks like he is playing soccer for the first time in his life!

Just look at the detailed stats from this season through seven matches. Badji has fewer shots than Leal, Godoy (who is a defensive midfielder mind you), and Hany Muhktar. 27 percent of his shots have actually gone on target.

The only good stat is his expected goals per game at 1.1 which ranks second on the team, but unfortunately, expected goals does not lead to scored goals.

I can't wait for Jhonder Cadiz to join the team and make an impact.

Props to the defense

Nashville's defense deserves praise for their showing last night. Heading into the match, Orlando was the highest scoring team in the Eastern Conference and ranked third in the entire league for goals scored to this point in the campaign.

After Benji Michel scored that stunner in the first half, goalkeeper Joe Willis made two fantastic saves and the backline adapted to the high octane Orlando attack. NSC had 27 clearances, 15 tackles, 15 interceptions, and won 12 aerials.

Gary Smith has had his two starting center backs since the start of the season and it will remain Walker Zimmerman and Dave Romney for the rest of the season. Dan Lovitz on one flank and the rookie Alistair Johnston have been great two-way fullbacks and should continue to make starts.

For a first year team, Nashville has a good defense, a solid midfield, and some playmakers. Now, all they need is a quality striker. 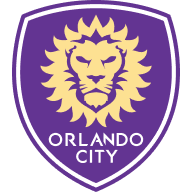 Nashville SC: There's poor form and then there'…

Other Posts About Orlando City

MLS Cup: 3 keys to a Nashville SC win over Orla…