Baseball fans around the world were treated to an absolute classic on Wednesday night. The National League Wild Card Game was everything that we expected and more.  The San Francisco Giants defeated the New York Mets 3-0 behind a heroic 3-run blast by 3rd Baseman Conor Gillaspie, and another masterful postseason pitching performance by Madison Bumgarner.

The pitching matchup between Mets ace Noah Syndergaard and Bumgarner lived up to all the hype. Both pitchers dazzled as they mowed down opposing hitters with ease. Syndergaard looked unhittable early on, and he was. 'Thor' threw 5th innings of no-hit ball until Denard Span singled up the middle in the Top of the 6th. The Giants hitters were simply overmatched by the velocity of Syndergaard's fastball and could not handle his breaking pitches. Although the Giants could not get much going offensively verses 'Thor', they did work deep into counts and put together some great at bats. Syndergaard's high pitch count forced him out of the game after the 7th inning. When he exited the game, Syndergaard had allowed only 5 Giants to reach base on 2 hits and 3 walks. 'Thor' threw 108 pitches, 70 of which were strikes. He struck out 10 en route to the best postseason start of his young career. 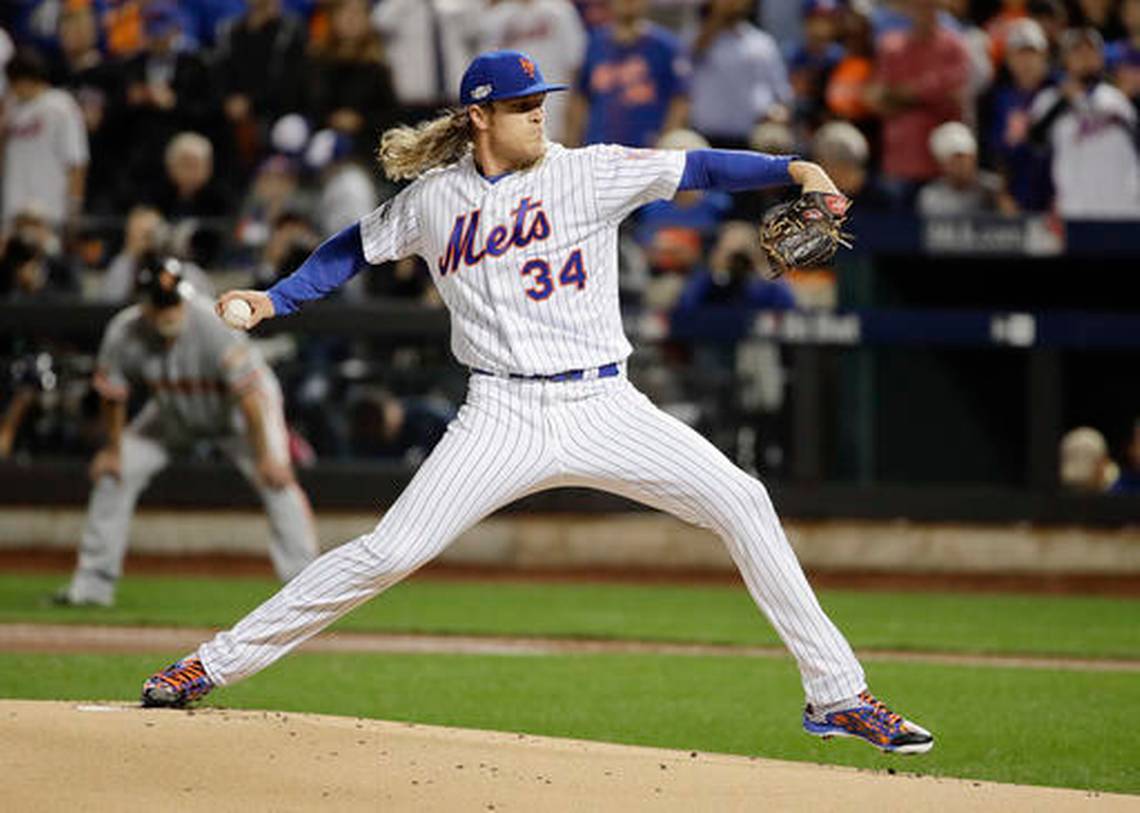 While Noah Syndergaard relied on the strikeout to get through 7 innings, Madison Bumgarner was strikingly efficient throughout the early innings of the game. Mets hitters were attacking early in the count, often resulting in pop-up or fly-ball out. MadBum threw just 21 pitches in the first 3 innings. He was locked in as he moved through the Met's lineup and only appeared in trouble once. With a man on second base and two outs in the Bottom of the 8th, Mets shortstop Asdrubal Cabrera hit a line drive back up the middle. MadBum snagged it to squash the threat and emphatically pumped his fist as he headed back to the Giants' dugout. Bumgarner tossed a complete game shutout, striking out 6 and walking just 2. In 'winner-take-all' games MadBum has thrown 23 consecutive scoreless innings. Incredible. 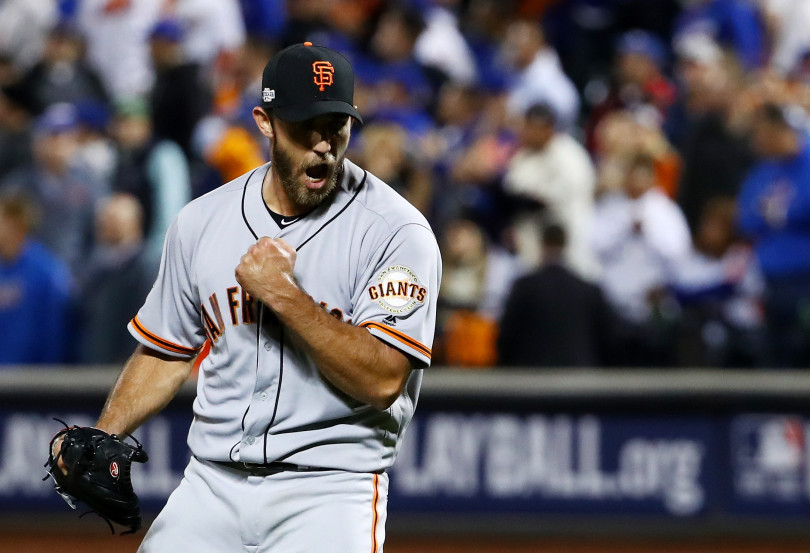 Madison Bumgarner celebrates after catching a line drive hit back up the middle. (Al Bello/Getty Images)

The Giants were pleased to see someone other than #34 on the mound for the Mets. Addison Reed relieved Syndergaard in the Top of the 8th, and the Giants put something together immediately. Conor Gillaspie lead off the inning with a base hit to right field. With two outs, Brandon Belt drew a walk and Buster Posey was intentionally walked to load the bases. That brought Hunter Pence to the plate. In a long grind of an at bat, Pence struck out swinging on a fastball. The Mets escaped the bases loaded jam.

In the Top of the 9th Mets closer Jeurys Familia, the MLB's leading leader in saves (51), entered the game. Giants shortstop Brandon Crawford leadoff the inning with a liner into the left-center gap for a double. After Angel Pagan struck out swinging, Joe Panik drew a walk in a terrific at bat. With one out and runners on first and second, Conor Gillaspie came to the plate. In a 1-1 count, Familia hung a breaking ball over the heart of the plate and the Giants 3rd Baseman jumped all over it. Conor Gillaspie whacked a 3-run homer over the right field wall to give the Giants the lead.

What a moment. It seems like in each of the Giants' 3 playoff runs that a role player steps up in the biggest moment. In 2014, Giants backup First Basemen Travis Ishikawa sent San Francisco to the World Series after he hit a walkoff three-run homer in Game 5 of the NLCS. Plays like these truly speak to the depth of the Giants' roster, and the excellent game management of Bruce Bochy.

Bumgarner sat down the Mets in 1-2-3 order in the bottom of the ninth. San Francisco packed their bags and got on a plane to Chicago, but not after dousing the Mets' visitors locker room in champagne and Budweiser. 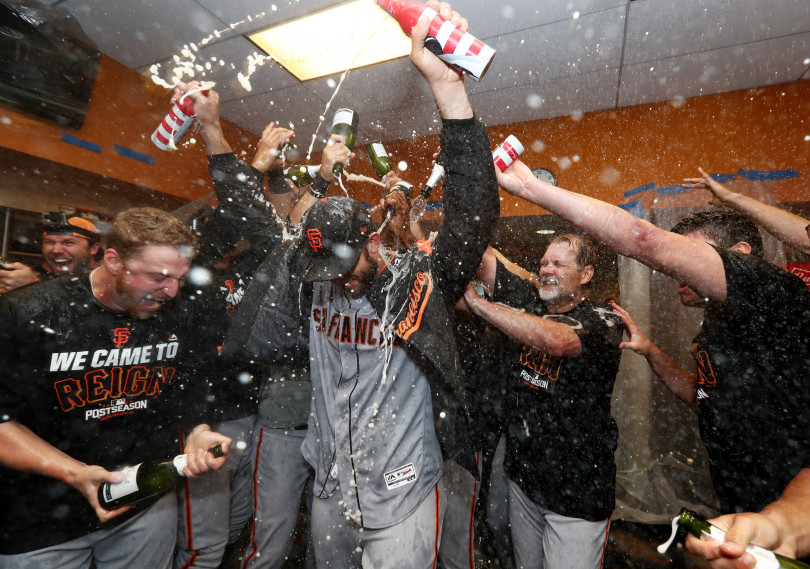 MadBum gets a champagne shower from his teammates after he shut down the Mets. (Al Bello/Getty Images)

On Friday night, Johnny Cueto will face Chicago Cubs left-hander Jon Lester in Game 1 of the National League Division Series. If the NLDS is anything like the Wild Card Game was (it will be), we are all in for a treat. The Giants and Cubs have two of baseball's best starting rotations and play tremendous defense. Chicago is stacked with lots of young talent, but it will be interesting to see if youth will take a backseat to postseason experience in this series.