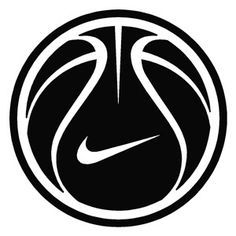 Well as local Bostonian, (this clearly hit Celtics faithful firsthand) this NBA season has had its fair share of injuries especially at late. This clearly affects the landscape of upcoming Spring madness. Nevertheless, there is still much intrigue to go around into the second season. The prelude started when Gordon Hayward went down 5 minutes into the season. I'll try to avoid any bias but, I'm from Boston for all the Bill Simmons's fans out there but I digress.

Obviously outside of the Celtics, there are other key injuries that can kill other teams chances of getting a chip. Steph Curry's knee is a agonizing pain for the diehard Dubs fan right now and they have to nervously agree with me. Regardless, they still can run the table though. Except the Houston Rockets feel they can rival them in any offensive category as they are wagon of their own. Both teams fell 1 and 2 in offensive efficiency, so without Curry it could make all the difference if he is not available by the West Finals.

T"wolves caught a break when Jimmy Butler came back few weeks back but there chances are still slim anyways as they are matching up against the high powered Rockets. Kawhi and Demarcus Cousins injuries made a vast impact to those teams respectively. Pelicans have tough series against the Blazers and Anthony Davis just cant do it alone. Kawhi's injury is a bit mysterious and he seems like he just isn't invested like he once was. Either way it still seems like its a two horse race in the west and who knows about OKC.

The East is more wide open this year. The Kyrie Irving injury is definitely gonna make things interesting. 76ers have a strong case for East finals this year even without Joel Embiid but he is expected to be back sometime in first round. Embiid had orbital fracture and will be playing with mask when he comes back, its clearly has been the year of the mask. Other than that, rest of the field is reasonably healthy. Kevin Love just got back, so the Cavs should be lock for the East finals.

There's without a doubt should be some surprises this year maybe some upsets if believe the Boston Brads are clearly a wounded animal if they make to a East finals it would be huge shock (I Know). The Bu

cks and 76ers can rise to a East finals as well if things fall their way because they absolutely have the talent. As for the West, OKC can be legitimate sleeper for a NBA finals if they are focused. Curry's injury can be huge factor in OKC chances.

Can Coaching Make a Difference Over Stars This …

Inside the Matchups: Celtics Small Lineup vs Ca…

Injuries continue to haunt teams around the Ass…